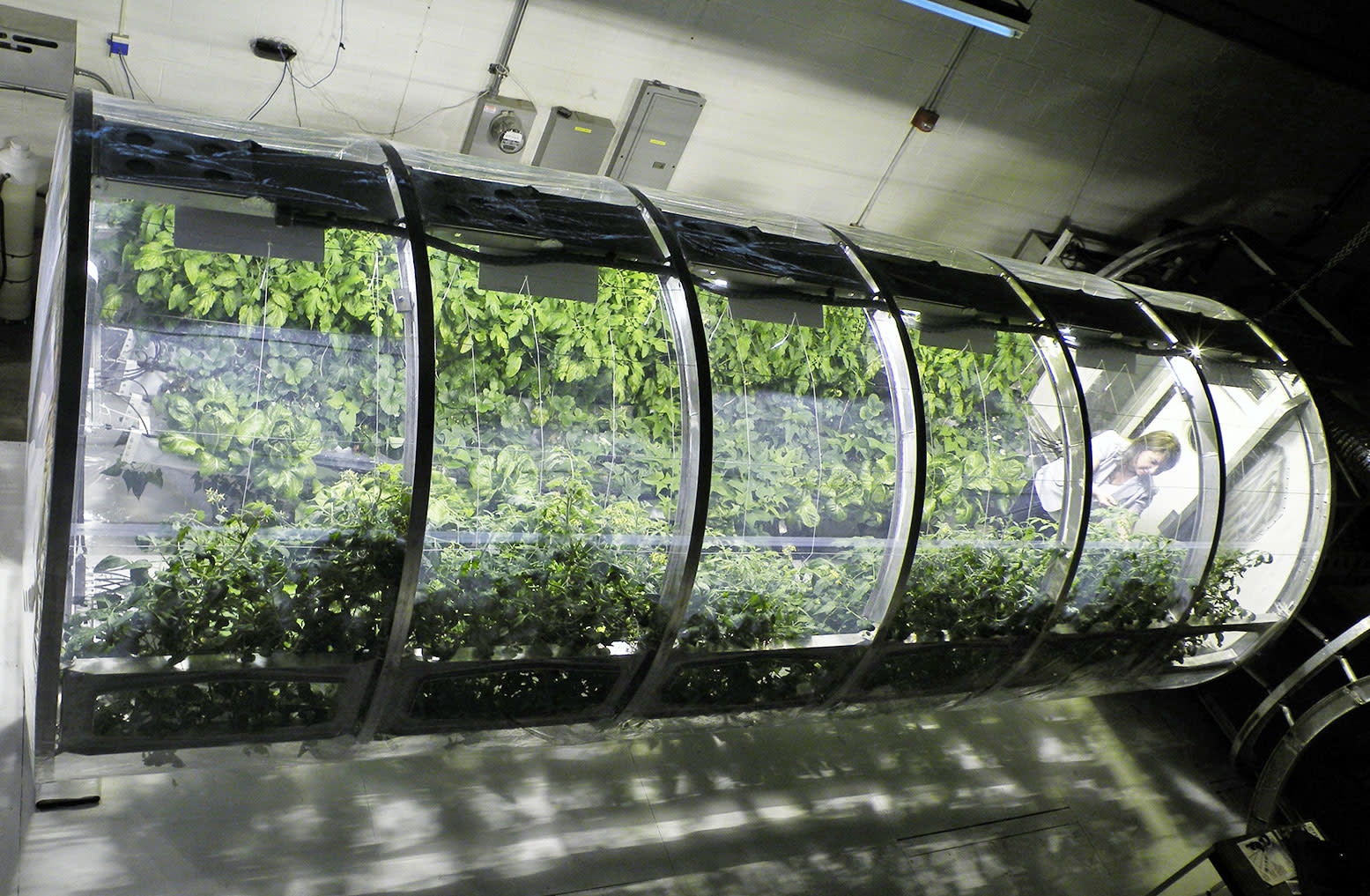 One of the biggest problems we still have to solve when it comes to sending humans to live on the moon or Mars is food. The spacefarers can't exactly take years' or a lifetime's worth of food with them, and not every plant can grow in native Martian conditions. To conjure up a possible solution to the issue, NASA scientists at the Kennedy Space Center are developing an inflatable cylindrical greenhouse for outer space with the University of Arizona. The Prototype Lunar/Mars Greenhouse project uses what's called "bioregenerative life support system" that mimics Earth's environment to be able to grow plants outside our planet.

The support system will introduce the carbon dioxide astronauts exhale into the greenhouse and will release the oxygen plants produce into the human settlement. It will pump oxygenated water with the appropriate nutrients across the plants' root zone, collecting and storing what's left at the end. The idea is to use water humans bring from Earth. However, if they're staying on the moon or on Mars forever, NASA has to find a water source in their new homes.

While plants here at home grow under the sun, the greenhouse will likely have to be buried underground to protect the plants from radiation. Early Martian or moon settlers can either use LED lights or capture solar light and beam it underground using fiber optic bundles. Both kinds successfully grew plants during the researchers' test in an 18-x-8-foot prototype,

Eventually, the team could create greenhouses in various sizes for different plants, depending on what they decide astronauts should bring. For now, they're planning to develop computer models to simulate future tests and to control the environment inside the greenhouses.

In this article: inflatablegreenhouse, mars, moon, nasa, space, tomorrow, universityofarizona
All products recommended by Engadget are selected by our editorial team, independent of our parent company. Some of our stories include affiliate links. If you buy something through one of these links, we may earn an affiliate commission.