LinkedIn's app can record and share video, not that you would

Well, it's there if you really want to.

Picture the scene: Your boss calls a snap meeting. You, being the diligent worker, whip out your phone and start recording. Your colleagues look on in bewilderment. "What are you playing at?" your boss asks sternly. "I'm recording our sesh for LinkedIn. It has video now. Trust me, it's the next big thing." How do you think that's going to go down? Unless you work for a YouTube vlogger, probably not well.

As you might have gleaned from that preamble, LinkedIn is adding a video creation tool to its app. Give it an update, and you might see it within the status box. Tap the little movie icon and you'll be able to record and share a clip, up to 10 minutes in length (according to Inc.). 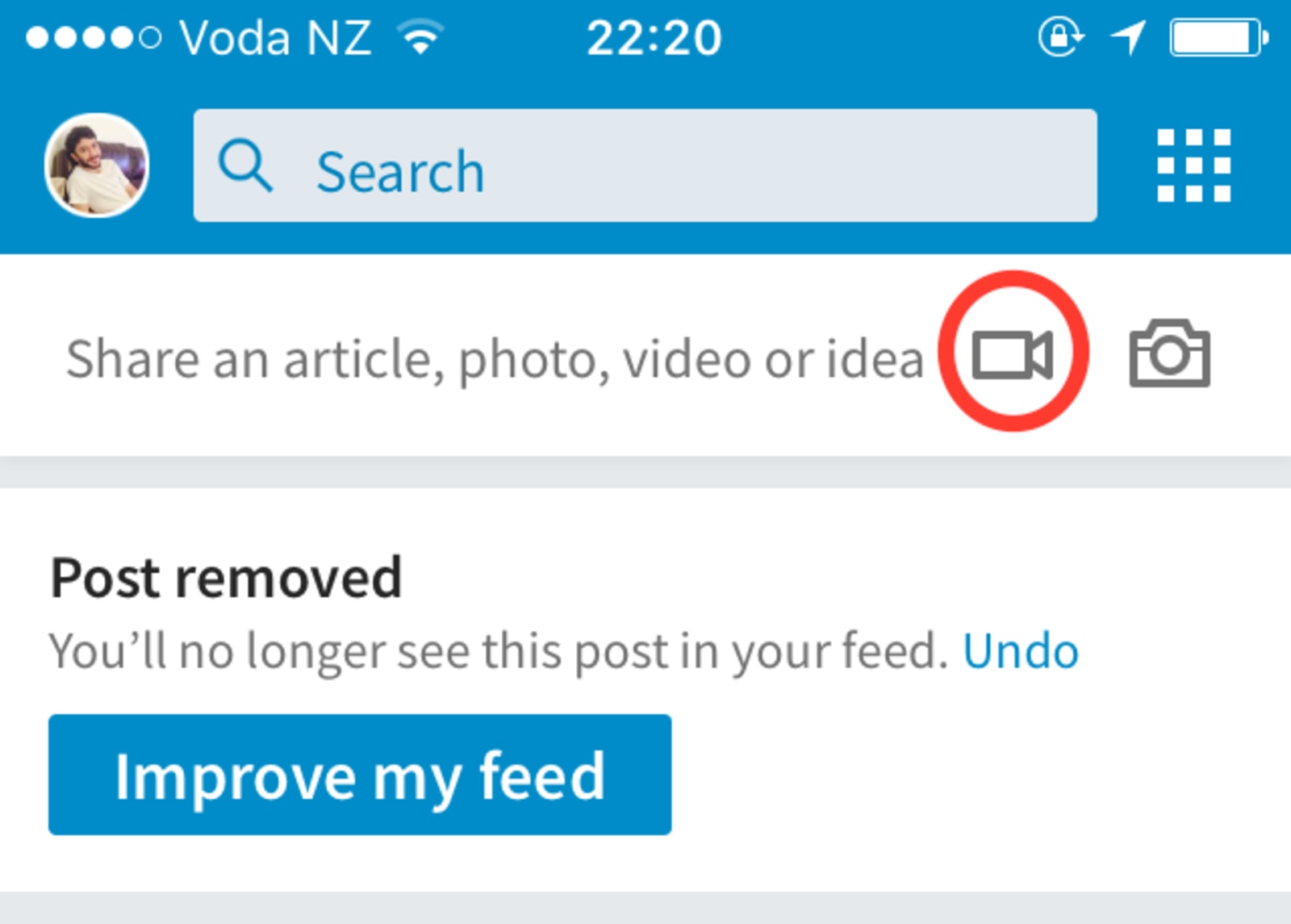 Everyone's integrating video, so why not LinkedIn? Well, the problem is LinkedIn isn't everyone (by that, we mean it isn't Facebook or Twitter). You don't go on LinkedIn to procrastinate, or to check images or clips from your friends. You go there to update your resume, accept connections, and maybe stalk your ex-colleagues (anonymously, of course). Then you log off, and forget about it, until it nudges you via email to check your notifications...again.

Okay, so there are some scenarios where this could work. LinkedIn thinks you should use video to share "hacks that will increase your productivity, front row seats at a conference, [or] an insider's perspective on the day's news." Jesus, no, not those scenarios. Let's face it, unless your a big-shot at a Fortune 500 company, no one cares about your opinions. Especially on LinkedIn, which is all about mentorship and amassing contacts (it's called networking -- only, you don't speak to the majority of those people). Also, LinkedIn already handed video to the bigwigs, and we've heard little about it since, so maybe that didn't work out either.

Instead, video may end up being used in regards to recruitment. Companies could use it to give you a first-hand glimpse inside their headquarters. That's the kind of stuff people are actually interested in, especially when it involves a big firm. For example, if Apple used it for short tours around Apple Park. Or, if [insert tech behemoth] used it for similar purposes.

The same goes for candidates. Perhaps, people will use it creatively when seeking a job opportunity. But, that's a tricky prospect. Ultimately, that's the dilemma LinkedIn faces. Privacy concerns are one thing, but it's mainly just not a playful enough medium. That's okay, though. We don't want it to change. Please LinkedIn, don't go all silly on us and start introducing lenses and 3D emoji.