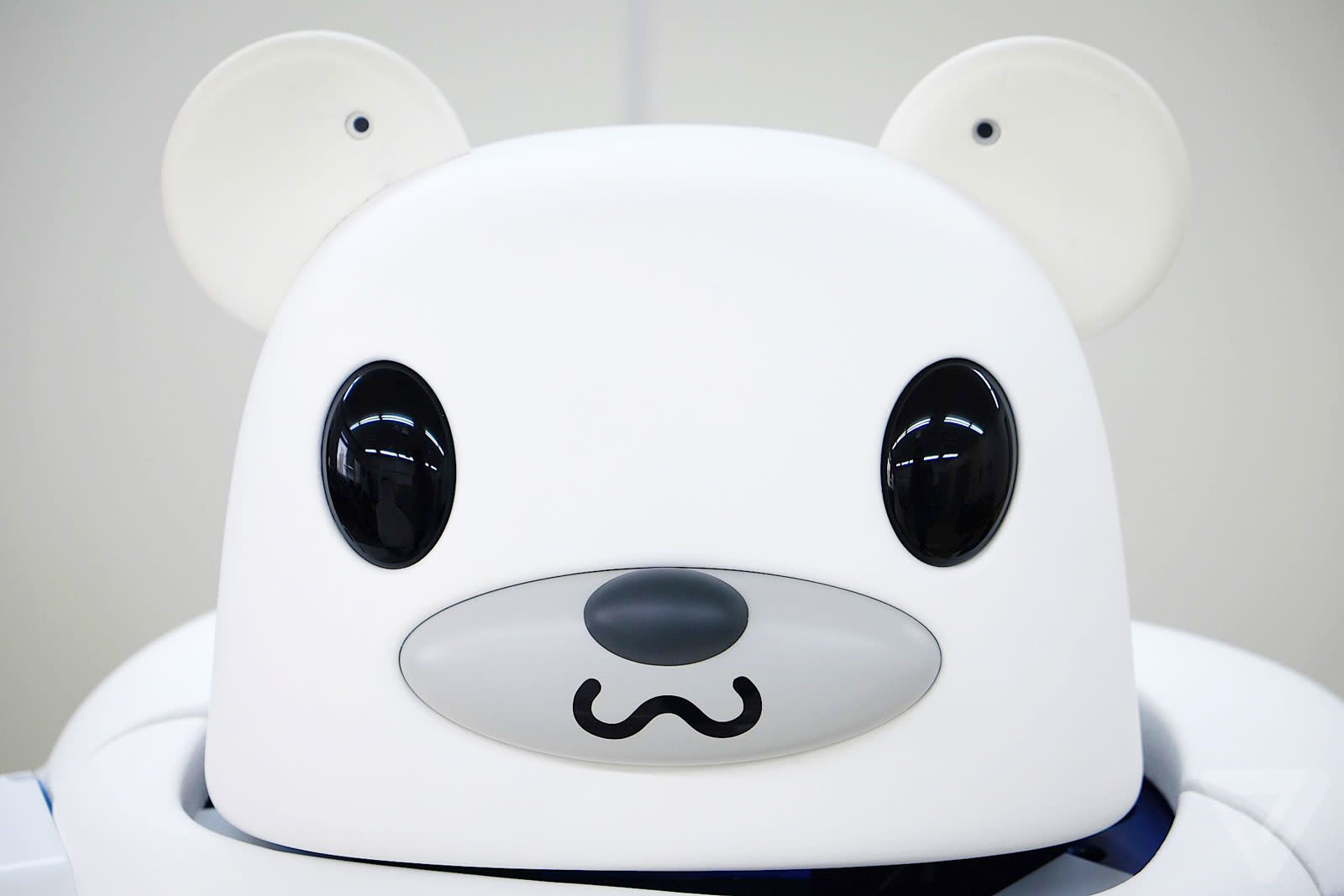 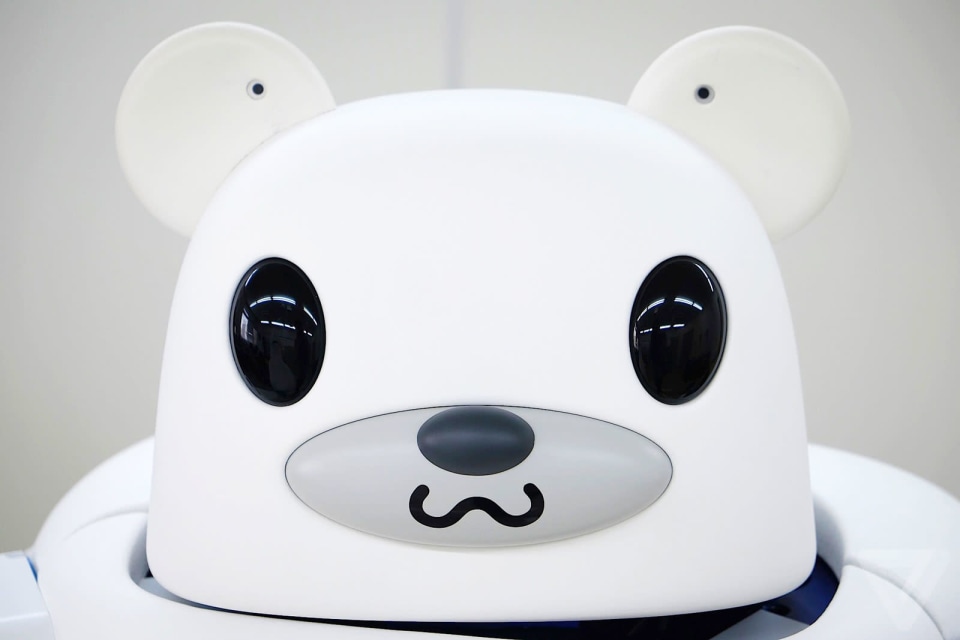 Not content to simply blame millennials for killing practically everything, baby boomers are now expecting the younger generations to care for them in their agedness. The nerve. Indeed, some 13 percent of the American population is now 65 or older, though a recent report from the Pew Research Center suggests that figure will nearly double by midcentury. Given that the current annual median price of a nursing-home room is around $92,000 (and rising), and because we can't just up and dump a quarter of America at the Springfield Retirement Castle, robots will have to start lending elderly folks a hand. Because if there's anybody who inherently trusts new and confusing technologies, it's the olds.

The problem of caring for a rapidly aging population is especially pronounced in Japan, where a full 20 percent of current residents are eligible for discounts at Golden Corral. The situation is dire; a recent Merrill Lynch study suggests there will be a million-caregiver shortfall in the country by the middle of the 2020s. There simply won't be enough able bodies left on the island to care for the infirm. However, that same report also suggests that the mecha-caregiver market is primed to explode, with 12,400 such robots by next year, and only growing from there.

Obviously, we're nowhere near the technological threshold needed to produce a general-purpose robot like Sonny, the NS-5 from I, Robot. However, there are a number of ways robots may serve as caregivers in the near future, including helping the elderly get around during the day.

Slips and falls are the No. 1 killer of American seniors. In 2014, according to the CDC, 29 million elderly people fell in this country, and 7 million of them were injured as a result, which cost Medicare around $31 billion. Annually, around 27,000 older adults fall but never get up again, per the National Council on Aging. And that's where the EPFL's "robo-shorts" come in. Technically known as the Active Pelvis Orthosis (APO), this hip-worn device continually monitors the user's pace, weight distribution and momentum. Should the wearer slip or begin to fall, the system will recognize it (within 360 milliseconds) and physically yank her back on course.

Of course, the best way to prevent a person from falling is something that moves said person around. The Panasonic Resyone, for example, is a robotic bed/wheelchair hybrid and became the first ISO-certified service robot back in 2014. Resyone is based on a pair of earlier designs that tried to lift patients out of the chair and into a separate bed -- the first with a pair of mechanical arms, and the other with a sling. However, there was a problem with patients slipping out mid-transfer. The Resyone solves that by being both wheelchair and bed. It takes only a single human assistant to help the patient scootch from one side of the surface to the other as it converts. What's more, the wheelchair itself is a robot capable of autonomously avoiding people and obstacles in its way.

Panasonic isn't stopping with the Resyone. Last year, the company introduced a "self-reliance support robot" -- essentially a smart walker that recognizes when the user's weight shifts, enabling it to support and guide her as she stands or sits. With this device, your grandma will no longer need to rock back and forth in her chair to gain enough momentum to stand, and won't plummet into her seat when she sits down.

The Robear, on the other hand, is exactly what it sounds like: a robot bear. It's a heavy-lift robot designed to gently scoop elderly folks from their beds and deposit them into a wheelchair. This is a huge boon to human caregivers, as assisted-care-facility employees have to lift their charges as many as 40 times a day. Importantly, the robot is equipped with soft rubber paddles to prevent pinching. It also uses low gear-ratio actuators and a variety of feedback sensors to move quickly yet gently and adjust its movement should the patient shift or begin to slip.

To reduce the robot's imposing 300-pound stature, Robear has a cartoonish and nonthreatening ursine head. Think more Pokemon Beware and less The Revenant. "The polar-cub-like look is aimed at radiating an atmosphere of strength, geniality and cleanliness at the same time," Riken University's Toshiharu Mukai told AFP. "We voted for this design among options presented by our designer. We hope to commercialize the robot in the not-too-distant future." Just don't let it hug you.

Robots like these may eventually be replaced by a more wearable variety. Researchers from Harvard University's Wyss Institute for Biologically Inspired Engineering have created a soft exosuit to help people with limited mobility. Instead of a bulky rigid frame, the Harvard system relies on a series of belts and soft fabrics driven by belt-mounted actuators to help lift and guide a patient's leg. It's teaming up with ReWalk Robotics to market the invention, though there's no word yet on when it will be available to consumers.

The unfortunately acronym-ed HAL (hybrid assistive limb) system from the dubiously named Cyberdyne Corp., on the other hand, is already being tested at Haneda airport in Tokyo. The waist-mounted device wraps around users' legs and is built to help them lift up to 20 kilos at a time without straining their backs. It's being used by the airport's porters, though the company is also looking into adapting it for construction and other industrial uses. The company is even working on a shielded version to help human cleanup crews more easily dismantle the tsunami-damaged Fukushima Daiichi power plant.

"As the devices are designed so light that female or elderly workers can wear," the Cyberdyne website boasts, "they will encourage participation of those various people into a society with a low birthrate and aging population."

Of course, nothing says these assistive devices have to be externally powered. Lowes recently teamed up with Virginia Tech to build an exosuit to help its associates pick up heavy items. Rather than rely on servos and such, it uses kinetic energy stored in a set of carbon-fiber rods. The deeper the associate bends, the more spring is added to her standing motion. Such a system could potentially be adapted to serve the same basic function as the Panasonic self-reliance robot, though there are no plans to do so.

Where this field goes from here is still anybody's guess. Modern medical science is already making incredible strides with exosuit technology, though prosthetic limbs are a bit further behind. We could one day see Ghost in the Shell-style full body replacements for the old and infirm, as well as the sort of quasi-immortality that comes with having your consciousness uploaded into a robotic shell. Then again, we may all simply wind up in those floating wheelchairs from Wall-E. Either way, we're going to need to come up with a solution, and fast -- Gangy is in bed by 8PM at the latest.

In this article: Baby Boom Generation, Centers for Disease Control and Prevention, Ghost, Golden Corral, Haneda Airport, Harvard University, Japan, Lowes, Medicare, Merrill Lynch, Panasonic Corporation, Pew Research Center, Plus, robots, Sonny, Tokyo, tomorrow, United States, Virginia Tech, Wall-e, Wyss Institute for Biologically Inspired Engineering
All products recommended by Engadget are selected by our editorial team, independent of our parent company. Some of our stories include affiliate links. If you buy something through one of these links, we may earn an affiliate commission.