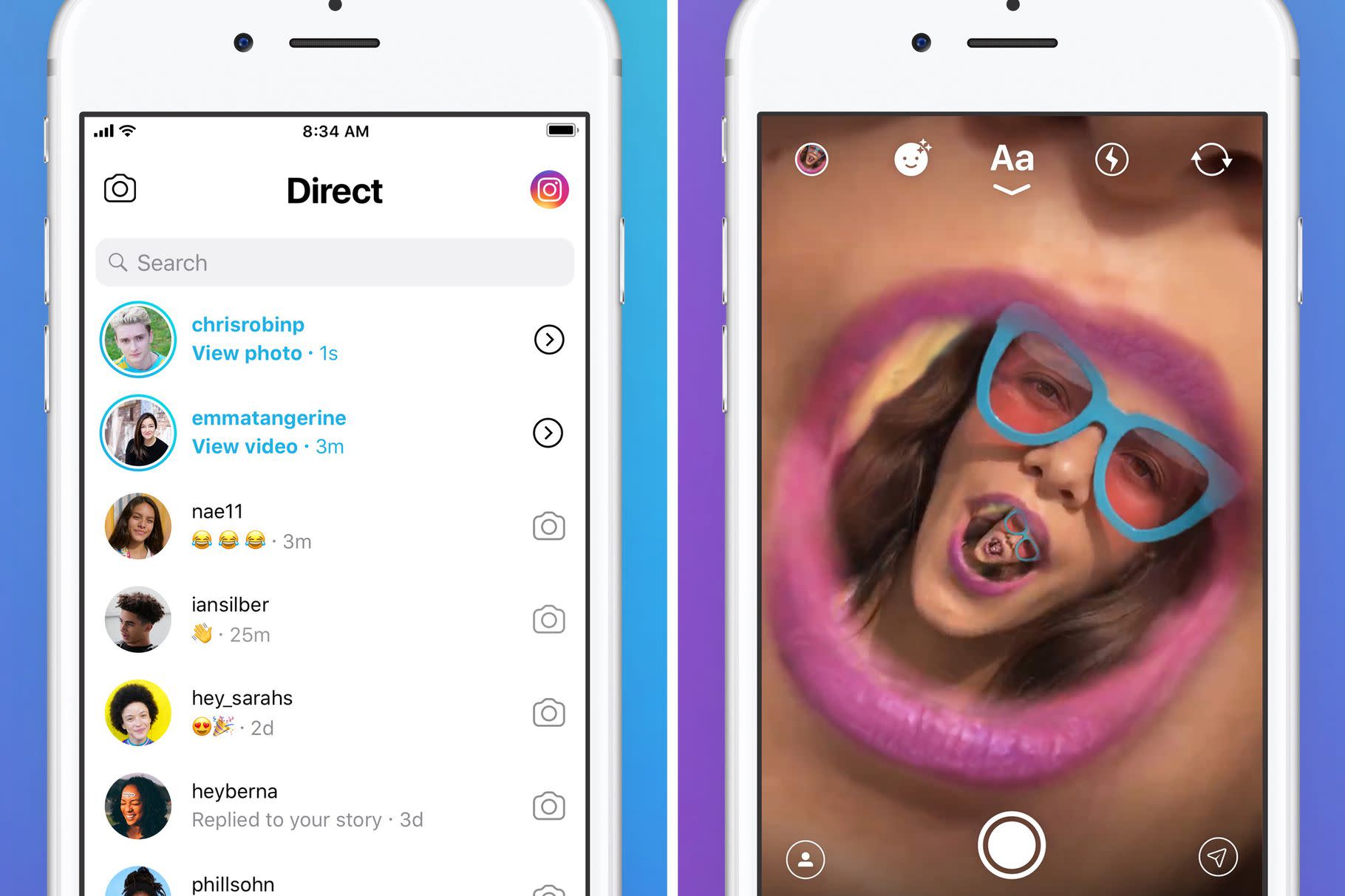 It happened to Facebook, and now it's happening to Instagram. Today, the Zuckerberg empire is launching a standalone messaging app for Instagram called Direct. As The Verge reports, it's technically a test and will only be available in six markets — Chile, Israel, Italy, Portugal, Turkey and Uruguay. Like Messenger, the Direct app effectively cuts the Instagram experience in half; your Inbox lives in Direct, while the regular feed remains in the Instagram app. If you want to keep tabs on both, you'll have to shuffle back and forth. It sounds like both apps will have a built-in camera, however.

The idea, of course, is to get more people using Instagram's private messaging features. Direct first launched in 2013 as a way to selectively share photos and videos with friends. It was perfectly functional, but felt out of place alongside Instagram's traditional feed. The rise of Snapchat, of course, gave birth to Instagram Stories, which has expanded Direct's utility tremendously. If you comment on a friend's Story, for instance, it'll go straight to their inbox, rather than a public comment thread. You can, of course, still send a regular photo or text message privately, but Stories have given more people a reason to start a conversation through the app.

When Facebook broke off Messenger into a separate app, people were angry. These days, however, it's an accepted part of the Facebook ecosystem — Messenger sits near the top of the app charts on both iOS and Android. The move has also allowed Facebook to add increasingly complex features to Messenger, such as games and chatbots. If I was a betting man, I would guess that Instagram wants to do the same with Direct, adding Story-focused features to better compete with Snapchat (or at least, slow down any interest in its recent redesign). But do people want that? Instagram's simplicity, after all, is part of the reason why it's so popular.

In this article: Direct, DirectMessaging, facebook, gear, Instagram, InstagramDirect, services, Stories
All products recommended by Engadget are selected by our editorial team, independent of our parent company. Some of our stories include affiliate links. If you buy something through one of these links, we may earn an affiliate commission.