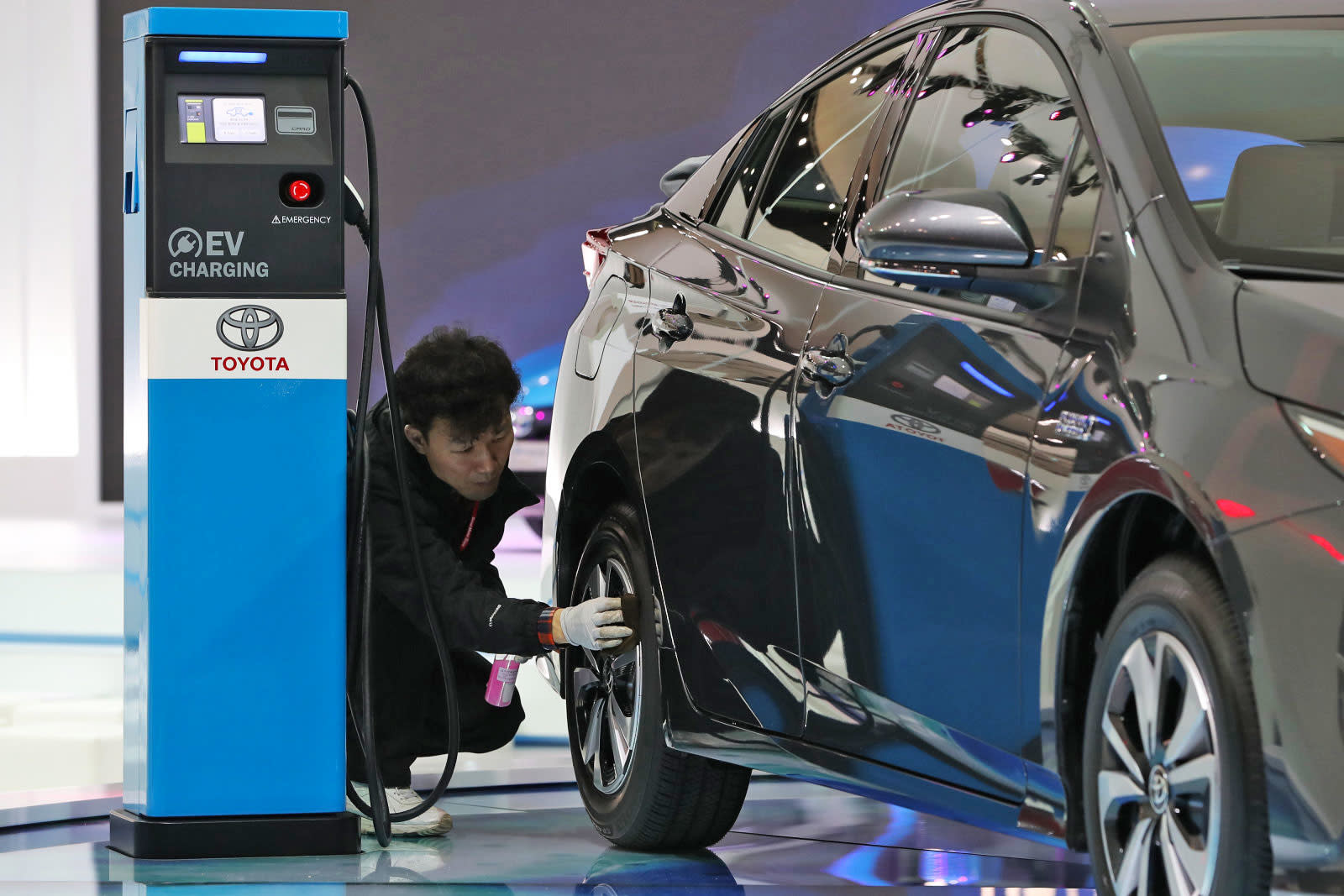 Toyota and Panasonic are teaming up on batteries that Toyota itself and other automakers could use in future electric cars. Rather than building cylindrical batteries like the type that Tesla and other EV makers use, the two companies are exploring the development of "prismatic" cells. Those are square, flat batteries with aluminum housings and are typically used in cell phones. They can be made smaller and lighter than battery packs that use cylindrical cells, but tend to cost more and are vulnerable to overheating and swelling.

The agreement is just a first step, but shows the increasing need for automakers and battery companies to work together. Toyota recently unveiled plans, working with Mazda and Suzuki, to launch a new lineup of EVs starting in around 2020. Until recently, the company had been focused on building hybrid, plug-in hybrid and hydrogen cars exclusively.

Panasonic is the leading EV battery manufacturer, most famously supplying batteries for Tesla's Model S, 3 and X. It also makes the batteries for Toyota's current plug-in hybrid Prius cars and has a 29 percent total share of the market, Reuters notes. Other leaders are LG Chem, which builds the batteries for two best-selling EVs, the Renault Zoe and Chevy Bolt, Samsung, and China's BYD Co.

Toyota and Panasonic won't have to deal with thorny issues like battery chemistry to make better prismatic cells, which are already used on the Bolt and other vehicles. Rather, they'll just have to use their engineering and research chops to refine them so that they're cheaper, safer and more reliable. The payoff could be longer-range, faster-charging and lighter or smaller EVs.

Right now, Toyota and Panasonic are just studying the feasibility of developing these types of batteries together, but there's a decent chance this will turn into a concrete plan. Batteries are the big sticking point for EV development, so the more development, the better.

In this article: Batteries, ElectricCars, ElectricVehicles, EV, gear, green, Panasonic, Toyota, transportation
All products recommended by Engadget are selected by our editorial team, independent of our parent company. Some of our stories include affiliate links. If you buy something through one of these links, we may earn an affiliate commission.