NASA will take images of its quiet supersonic jet's shockwaves

When NASA begins testing its supersonic jet, you won't only hear about it -- you'll see cool images from the experiments, too. The agency has recently completed a series of flight tests proving that the imaging technique it developed is capable of capturing the shockwaves NASA's Low Boom Flight Demonstration (LBFD) aircraft will make when it starts flying faster than the speed of sound.

The Federal Aviation Administration has placed restrictions on supersonic flights, because they tend to produce powerful shockwaves that people on the ground hear as very loud booms. In 2016, NASA began developing a quiet supersonic jet design with Lockheed Martin under the Quiet Supersonic Transport (QueSST) program. The agency will work with a contractor to bring that design to life as the LBFD jet and expects to start demonstrating what it can do by 2022.

But before anybody can use that technology to create planes that cut current flight times in half, scientists will have to confirm that it can actually do what it was designed for. That's why the agency has been improving upon the "schlieren imaging" method used to visualize elements that are typically invisible, like air flow and shockwaves. NASA's technique is called Background Oriented Schlieren using Celestial Objects or BOSCO. It uses full-sized telescopes and cameras with special hydrogen alpha filter to capture images of shockwaves as a plane flies with the sun in the background. 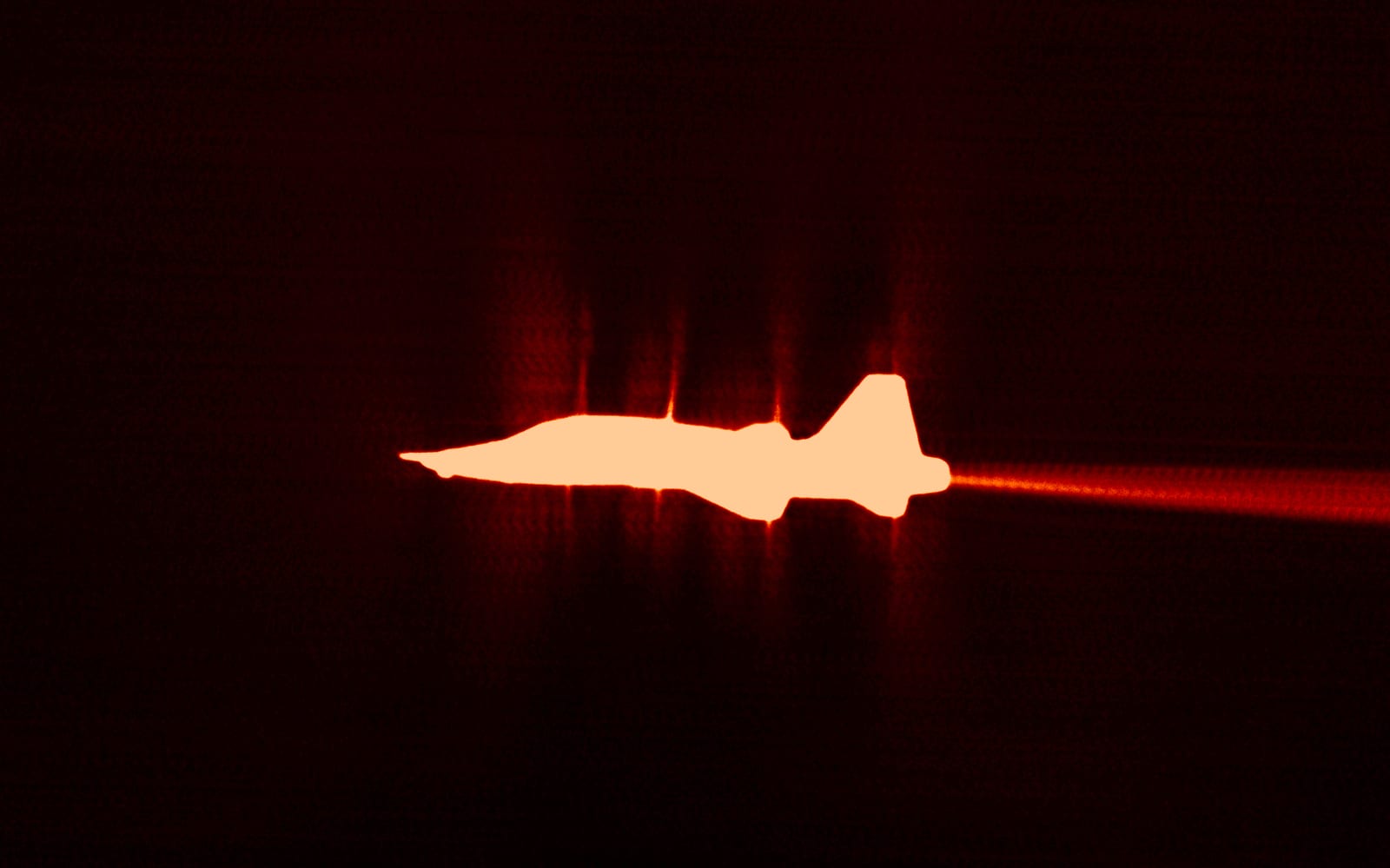 The photo above was captured during NASA's latest round of tests wherein a US Air Force Test Pilot School T-38 aircraft traveled in supersonic speeds between the cameras and the sun at an altitude of 10,000 feet. When NASA first tested the technique in 2016, the aircraft flew at an altitude of 40,000 feet and traversed an area 300 feet in diameter. For the more recent tests, the smaller equipment NASA used had to be able to capture images while the plane was moving through an area only 100-foot-diameter in size.

Why? Well, because to be able to capture clear images of the shockwaves produced by LBFD, a plane meant to fly 60,000 feet above the ground, NASA has to mount its equipment on a chaser plane flying 10,000 feet below it. The chaser only has a small window of opportunity to capture its shockwaves, as well. Now that NASA has proven that its technique will work (the image above wouldn't exist otherwise), it can focus on building LBFD and start putting it through some rigorous testing.