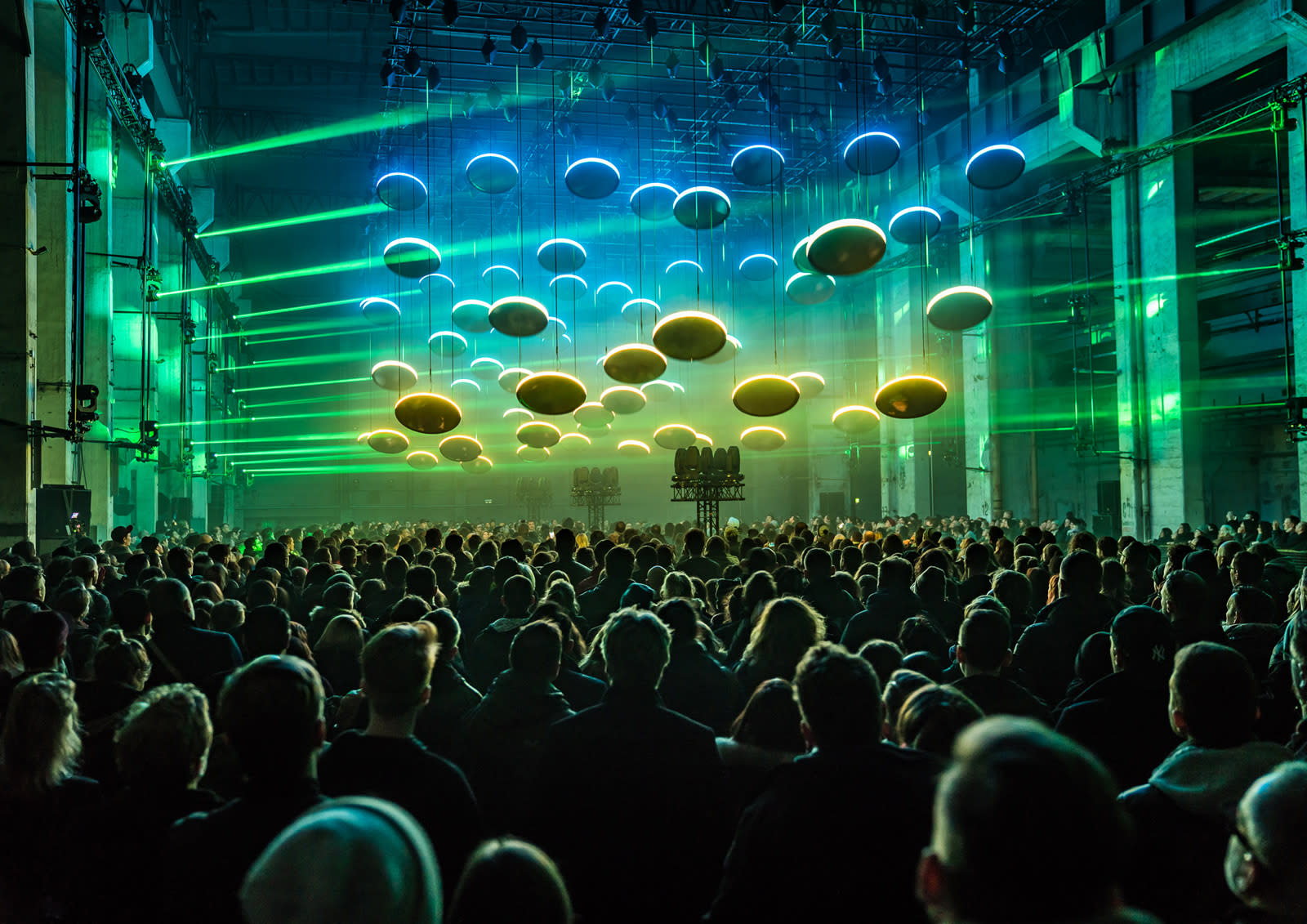 Photons have no mass, but in an exhibition at the CTM electronic music festival in Berlin, artist Christopher Bauder treated light as a moldable, solid substance. The installation was married to a complex soundscape by musician and composer Kangding Ray, and set in the historic Kraftwerk Berlin industrial space. The result, SKALAR, was an epic light show that put spectators through an entire "wheel of emotions."

SKALAR is ambitious, but it came together pretty quickly. Bauder had worked at the Kraftwerk before, and felt that the former power station's scale and industrial vibe would be well-suited to a large installation. The opportunity to do something at the site arose in November, giving Bauder and his collaborators just a few months to pull something together for the February CTM festival.

The sped-up timeframe and nature of the space galvanized Bauder and Kangding Ray. "It's not a place you negotiate with," he told the lighting manufacturer, Robe. "The deal is that you take it on-board and treat it with the respect it deserves, find solutions for issues like reverb times and the special rigging required."

Working with Kraftwerk Berlin, Kinetic Lights and Robe, Bauder installed 65 double-sided mirrors, each with a perimeter ring of 180 programmable pixels, suspended by 195 motors. That lets each mirror tilt and pan, and gives each them around 25 feet of up and down movement.

Around 90 "Pointe" ceramic discharge HRI lights with highly calibrated colors were attached to the walls and floor, allowing for nearly infinite light effects when they hit the mirrors. Bauder and his team programmed a series of treatments, ranging from dark and foreboding to lighthearted and hopeful, that trigger the lights via MIDI keys.

The movements were set to play a 45-minute show that tapped into four of the eight parts of the human wheel of emotions theorized by psychologist Robert Plutchik. Bauder and Ray also performed six special, more intense live shows that played on all eight emotions.

Visually, the work evokes industrial pipes, alien spacecraft, planets and a rising, ray-emitting sun. The changing tonalities and animated lights are designed to evoke "awe, surprise, exhilaration, anticipation and of having one's senses overwhelmed ... in repeated cycles throughout the piece," Bauder wrote. SKALAR must have succeeded in that because it sold out during the entire CTM run, despite its abstract nature, and Bauder now hopes to tour the installation to an international audience.

In this article: art, entertainment, Festival, gear, Installation, Kraftwerk, LightShow, SKALAR, TheBigPicture, thenewbigpicture, video
All products recommended by Engadget are selected by our editorial team, independent of our parent company. Some of our stories include affiliate links. If you buy something through one of these links, we may earn an affiliate commission.