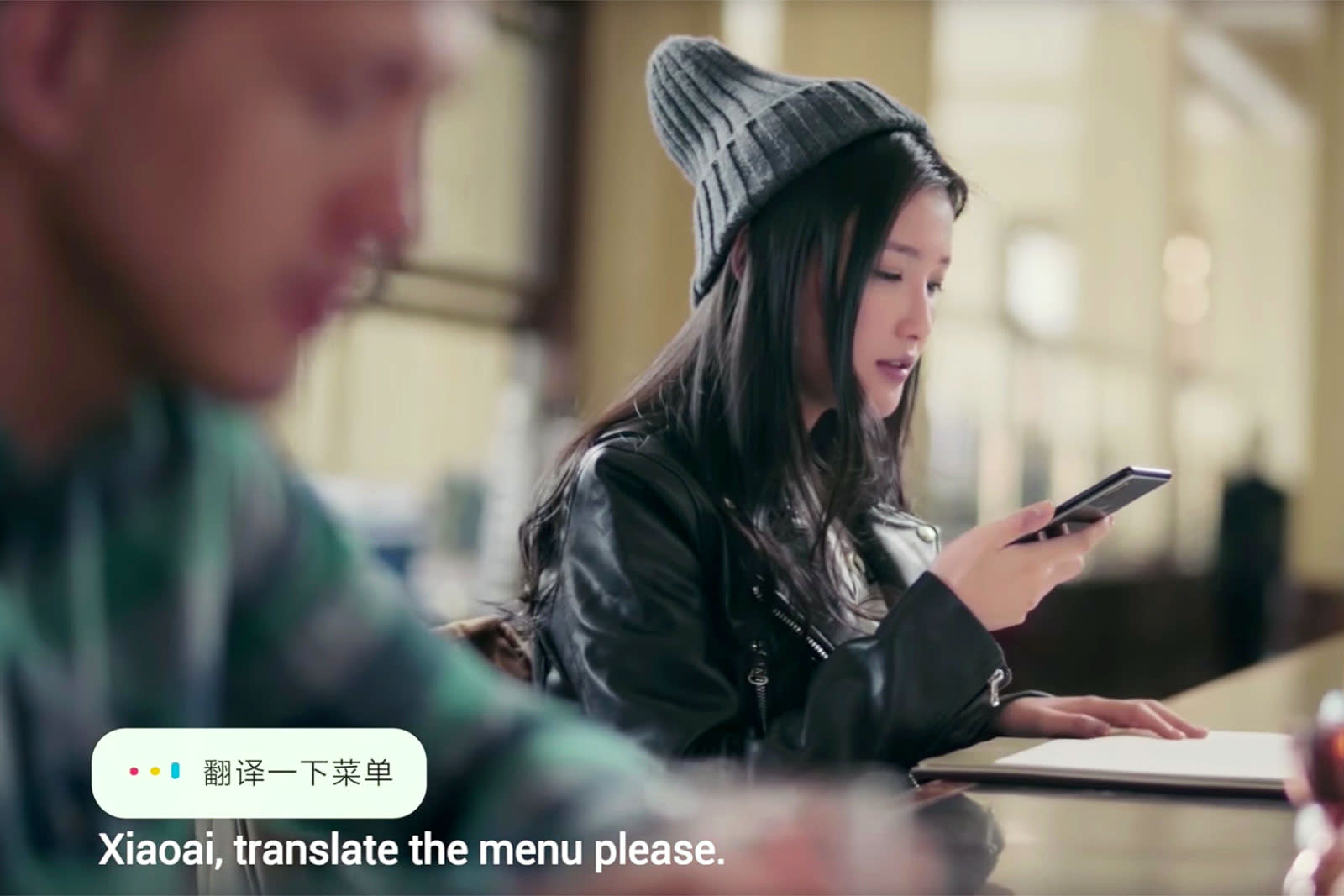 Chinese phone makers are in a tough spot if they want to use voice assistants. Google is largely a no-show in the country, Siri is limited to Apple devices and services like Alexa or Cortana don't have nearly as much influence as they do elsewhere. Xiaomi has a straightforward solution to that problem: create its own AI companion. The company has posted a video showing off Xiao Ai, an assistant designed with China in mind. The functionality is familiar: you can play music, check the weather, control smart home devices and translate foreign languages. The difference is the Chinese focus, with deep hooks into WeChat and Xiaomi devices like its robot vacuum.

Xiao Ai was first introduced by way of Xiaomi's smart speaker last year, but it will now come included with the Mi Mix 2S, and it'll be available for other Xiaomi handsets in China through MIUI updates. Don't expect it to reach other countries, however. Apart from its Chinese focus, Xiaomi users in other countries can simply turn to Google Assistant. This is more about filling a gap in Xiaomi's home country than an attempt to dominate the AI space.

If anything, Xiaomi is in a race to compete against its fellow Chinese brands. Bloomberg sources recently reported that Huawei is developing its own voice assistant for China, and there's a real chance that Huawei's lead in the country could give it an edge. Xiaomi's launch could give it a head start that mutes Huawei's advantage or lures sales away from smartphone fans who aren't willing to wait.

In this article: android, gear, internet, mimix2s, mobile, smartphone, video, voiceassistant, xiaoai, xiaomi
All products recommended by Engadget are selected by our editorial team, independent of our parent company. Some of our stories include affiliate links. If you buy something through one of these links, we may earn an affiliate commission.