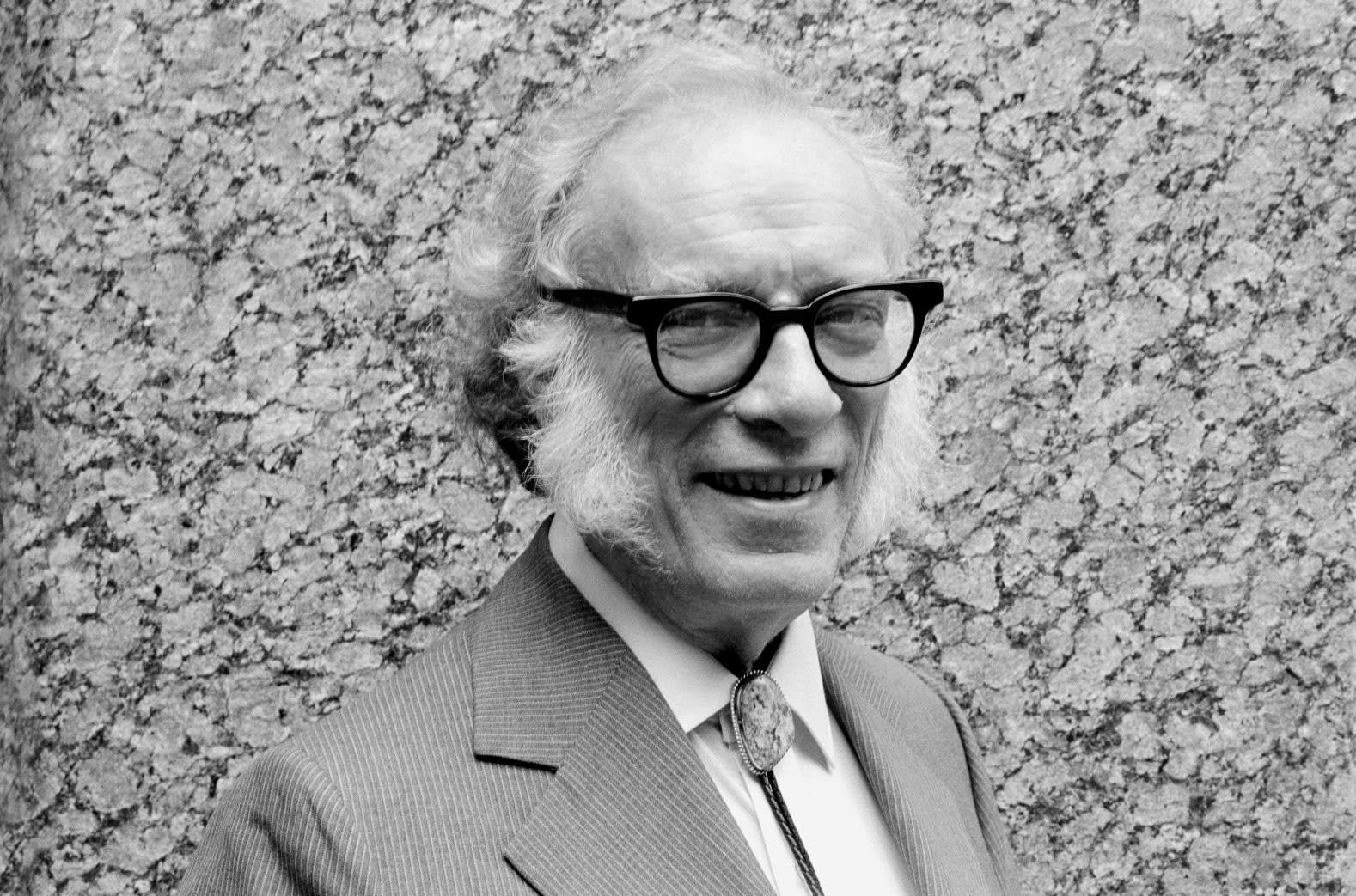 Apple has added yet another TV series to its ever growing lineup. The latest addition, Deadline reports, is an ambitious project headed by David S. Goyer (Blade, Batman Begins, The Dark Knight) and Josh Friedman (War of the Worlds, Terminator: The Sarah Connor Chronicles, Avatar 2) that will adapt Isaac Asimov's Foundation series. While adaptations of Foundation have been attempted for both TV and the big screen, they've been abandoned due to the complexity of the novels' storylines. Fox, Warner Bros, Sony and HBO all have scrapped Foundation projects to their name.

Foundation centers on Hari Seldon, a psycho-historian who has developed a way to predict the future. He foresees the collapse of the Galactic Empire as well as a subsequent dark age and he sets out to ensure humanity's knowledge isn't lost.

Apple has been building an impressive collection of TV projects. Those in the works or are under consideration include a number of shows from Reese Witherspoon's Hello Sunshine production company that will star the likes of Kristen Wiig, Octavia Spencer and Jennifer Aniston, a Steven Spielberg-produced revival of Amazing Stories, a sci-fi series from the director of the Hunger Games, a space drama from Ronald D. Moore, a psychological thriller produced by M. Night Shyamalan and a drama based on the early life of Kevin Durant. When we'll actually be able to watch these shows is still up in the air, but the New York Times reported last month that they could launch sometime between March and summer 2019.

Deadline reports that the Foundation adaptation is in development for straight-to-series consideration.

In this article: apple, av, entertainment, foundation, internet, IsaacAsimov, series, streaming, TV
All products recommended by Engadget are selected by our editorial team, independent of our parent company. Some of our stories include affiliate links. If you buy something through one of these links, we may earn an affiliate commission.