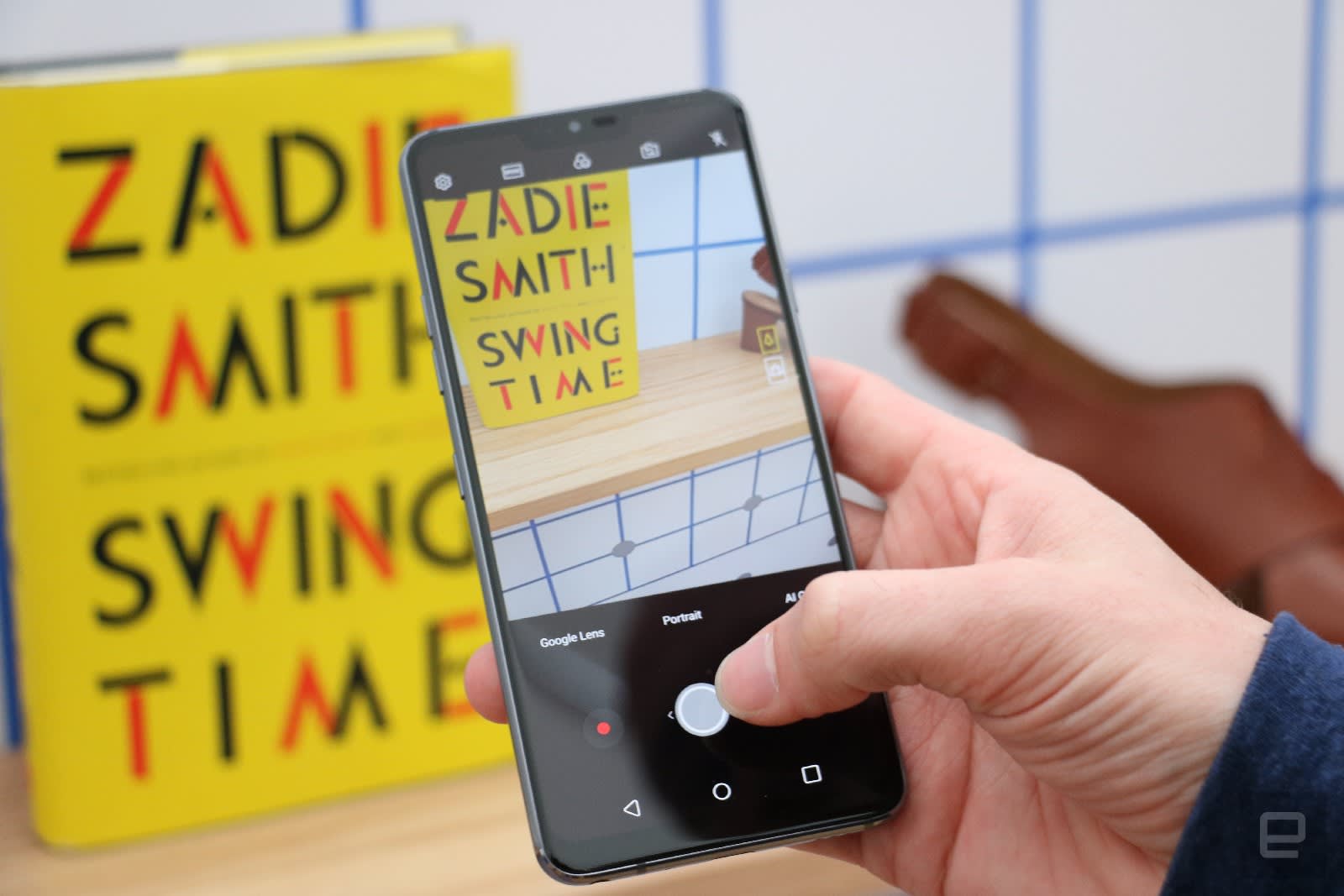 It wasn't too long ago that Google announced a slew of new features coming to its various products, from the terrifyingly realistic Duplex phone-calling Assistant to the tantalizingly useful camera-based navigation for Maps. These new tools are starting to trickle out, and some of the first to arrive are updates to Lens, Google's app that provides "real-time answers to questions about the world around you." Now, things like Style Match and Smart Text Selection are available to all "devices featuring Lens in Google Assistant," according to the company. That means basically all Android phones now have the updates, while iOS users will have to wait awhile till Google Photos receives the new software.

Style Match lets you scan items in your surroundings to find other objects with a similar aesthetic, while Smart Text Selection detects words in your viewfinder and can translate or explain them for you. You can also copy and paste text from things like book covers or notices around you, which is pretty neat.

You may have already started seeing some of these new tools on your phone, by the way. Google said it "conducted a controlled roll out for these Lens updates," starting with a smaller percentage and expanding to 100% of users over several days. Now, all compatible devices should have them.

These features will also be "coming soon" to Google Photos, the company said. This means that those of us who use Photos will soon be able to copy and paste text from our stored images into our phones, or find items with a similar style to objects in pictures we've taken. Basically, it's the same Lens features except instead of using a camera, Google will analyze shots you've already snapped.

As announced at I/O, Lens will be built into the native camera apps of phones like the LG G7. Now, you'll also find it in the cameras of compatible devices from brands like Pixel, LG, Motorola, Xiaomi, Sony Mobile, Nokia, Transsion, TCL, OnePlus, BQ and ASUS. If you still prefer having a separate Lens app for some reason, or if your phone isn't by one of these companies, you can download it from the Play store soon.

In this article: ar, AugmentedReality, cameras, gadgetry, gadgets, gear, google, GoogleIO2018, googlelens, mobile
All products recommended by Engadget are selected by our editorial team, independent of our parent company. Some of our stories include affiliate links. If you buy something through one of these links, we may earn an affiliate commission.