On Monday, Amazon's Prime Day event got off to an interesting start, and Netflix's Stranger Things dropped a mall-related teaser trailer. Oh, and have you seen these 3D color X-rays? The deal-happy holiday Amazon created for itself has apparently been popular enough to crash the retailer's website. When it's working, we have a list of exceptional bargains provided by The Wirecutter for you to check out, unless you're concerned about crossing a picket line.

A tale of two Nathans.Nathan Fillion is a fitting star for an 'Uncharted' fan film Fans have been hoping for years that Nathan Fillion would play Uncharted protagonist Nathan Drake in a film adaptation, but now that the long-delayed official movie has refocused to a prequel story, that hope seemed less and less possible. Until this 15-minute fan film appeared. The YouTube video's description says Starcourt Mall will open in summer 1985, which is the year season three will take place in.

It doesn't have to be intimidating.What you need to know before building a HiFi system While an Echo or HomePod is perfect for listening to podcasts, it can't stack up to the power and fidelity you get with a traditional stereo. If you're looking to upgrade, rather than ponying up $500 for a single Google Home Max, consider an alternative solution: building your own stereo HiFi system. Let Tim Seppala explain how it's done. A New Zealand company has generated the first 3D color X-Ray images of the human body by using an advanced medical scanner. The scanner utilizes CERN's Medipix3 technology and has been in development for a decade.

Available now for $150.Roku's wireless speakers are just for its TVs On the surface, Roku's wireless speakers look like a typical pair of affordable bookshelf units. They're black and fairly nondescript, save for a Roku logo up top. They're meant to disappear beside your TV, not stand out. This pair is the first part of that initiative, and it leaves room for the company to fill out its hardware down the line. A soundbar could eventually take the place of a center channel, and it could introduce a cheaper pair of speakers to serve as rear surrounds.

Complete with autonomous navigation and a HUD on its all-glass canopy.Aston Martin's Volante Vision is a luxurious flying taxi

The hypothetical concept craft's design will make its debut at the Farnborough Air Show this month. EA ran a simulation this past May that called France as the eventual winner of the real World Cup, using free Russia World Cup DLC available in April. 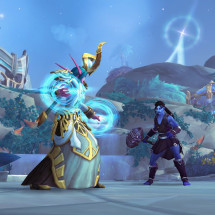