Striving to be seen: Black Girl Gamers on Twitch

Jay-Ann Lopez is in her mid-twenties, living in London, and she's been into video games her entire life.

"I've been gaming from a very young age," Lopez said. "My first console was a Nintendo that was gifted to me by my uncles, and since then I've always had a love for gaming."

For many video game fans, this is the end of the story. Play video games, fall in love with video games, share that love with other interested people: It's a fairly simple formula. However, for Lopez, it hasn't been that easy.

"Growing up, it's a bit difficult to find other black women that like gaming," Lopez said. "Sometimes it doesn't come up as a topic when discussing, so it becomes very isolating. But there are women out there."

Lopez always knew she wasn't alone, and modern conveniences have helped prove that feeling right. Thirty-three years after the launch of the Nintendo Entertainment System, video game fans of all backgrounds congregate online to stream, chat, gossip and make friends in the video game universe. Three years ago, Lopez took advantage of these tools and founded Black Girl Gamers (BGG), first as a group on Facebook and now as a living organization with a presence on Twitch, Twitter and Instagram.

BGG has nearly 6,000 followers on Twitter and more than 4,000 followers on Twitch, and it's been featured in publications including Blavity, BBC Radio 4 and Vice's Broadly. BGG partners with other organizations, such as Intel's AnyKey, to support inclusivity efforts on all sides of video game development and consumption.

BGG is a unique case on Twitch, since it's not only Lopez or another single person doing all the streaming but also a collection of volunteer streamers, all of whom are black women, helming the page for two-hour stints and playing games of all categories and styles, including Overwatch, Fortnite and Hearthstone.

"We have multiple streamers on the one channel because I don't want to portray Black Girl Gamers as my face or as a monolith," Lopez said.

Twitch has been supportive too. Lopez was invited to speak at TwitchCon, and BGG was featured on the front page during this year's TwitchUnity Day, a 24-hour celebration of diversity on the platform.

With the group's followers and reputation growing, Lopez decided to apply to become a Twitch Partner on August 2nd. Partnership nets a wide range of benefits, including the ability to establish multiple lines of monetization, allowing streamers to actually make money off of their playtime. The day after applying, Lopez received an email saying BGG didn't qualify for partnership. She wasn't given a reason.

"I've emailed to figure out why, to ask what is it we need to improve, because we were on the front page for TwitchUnity," Lopez said. "We kind of completed our Path to Partner requisite because of that, being on the front page to show how diverse Twitch is. But then when it comes to partners, there's not many black female partners that we know -- and the ones that are, are members of BGG."

Twitch doesn't provide demographic info on its streamers, though a cursory glance at the list of live channels at any given time tells a clear story: There are a lot of white dudes here. It's not a surprise, given the demographic breakdown of the video game complex overall. Video games have historically been marketed toward young, white men, and the effects of this initial branding are still being felt today. 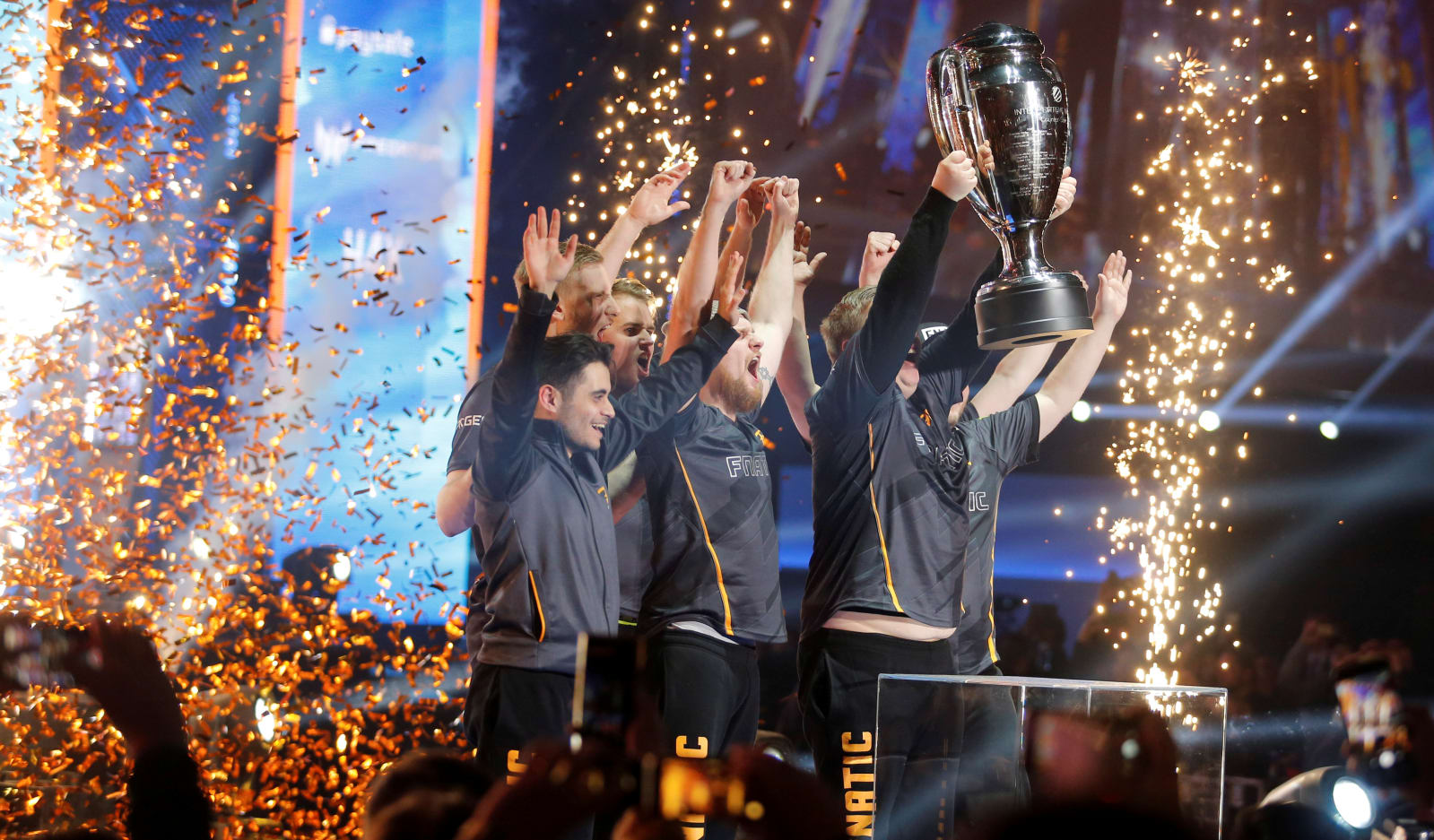 There's not many black female partners that we know -- and the ones that are, are members of BGG.

The Entertainment Software Association doesn't track race, though it found in 2017 that 55 percent of video game players in the US were men. The International Game Developers Association attempts to distill the global, professional gaming industry each year in a detailed survey, and in 2017 it found 74 percent of respondents identified as men and 21 percent as women. Meanwhile, 68 percent identified as white and just 1 percent as black. As the IGDA noted, "This is inconsistent with the 2016 US census data which reported that 61 percent of the US population was white, 13 percent was black."

"'Welcome everyone' is a core value at Twitch," a spokesperson told Engadget. "It helps to guide the policy, staff, community, tools and technology dedicated to fostering a safe, positive experience on Twitch every day. It also inspires the programs we have to celebrate and support our diverse community members including our own annual site-wide holiday, TwitchUnity, as well as at TwitchCon."

Twitch said it doesn't share details about specific streamers when it comes to becoming a Partner, out of respect for their privacy. The spokesperson added, "Our Partnerships team often field follow-up questions from streamers who are pursuing Partnership in order to provide additional guidance. We also have the Twitch Creator Camp, Achievements and Stream Summary, and the Affiliates program, which are designed to help pave the way to Partnership and provide more clarity on the process."

More than 2.2 million streamers go live on Twitch every month, and there are more than 272,000 Partners and Affiliates on the site. Lopez figured that with a growing audience, a focus on an underserved community and a featured spot during TwitchUnity, BGG met all the requirements to become Partner. That wasn't the case.

"I don't like the fact that it's kind of a contradiction when you have certain Twitch streamers saying the n-word on stream and you're just counting it as a bad day, as opposed to actually tackling that behavior," Lopez said. "I do feel like token diversity is a buzzword. Tokenizing people of color, using them to just seem progressive is definitely a thing. But I feel like, from my perspective, I will use that to my benefit."

Lopez plans to apply for Partnership again, which is something other streamers have had to do before succeeding. Until then, she's continuing to stream and drive conversations about diversity in the gaming industry as a whole -- and on Twitch specifically.

Earlier this month, Twitch announced it would remove its Communities feature in September and replace these groups with a tagging system. Communities allow streamers to build and find audiences around specific topics or games and then moderate those spaces, keeping out trolls and making sure things stay on topic. Tags don't serve the same purpose: Anyone will be able to label their streams however they want, without fear of moderation. For example, a streamer will be able to join the Positivity collection, only to spew hate.

Members of BGG, The Cookout (a Twitch community for people of color) and other streaming fans immediately hit Twitter to express disappointment, disbelief and anger at Twitch's decision to ditch Communities.

So in case you haven't heard the news, @Twitch is removing Communities because "they werent being used" which means that The Cookout Community page that we've built up over this past year wont exist a month from now. We will have to come up with new ways to find each other. pic.twitter.com/95fKSgTwB0

"We've had trolls trying to stream to the Black Girl Gamers community," Lopez said. "We've had to physically remove them, because obviously they don't adhere to the requirements and that's not the space for them. The space is a safe space. They have the whole of Twitch, really, to stream in, literally." The decision to remove Communities, Lopez continued, "Kind of does target the disenfranchised streamers of Twitch."

Twitch told Engadget that it's collecting feedback on its plans to shut down Communities, quoting a blog post that reads, in part, "When we learned that less than 3 percent of Twitch viewership came from users who found streams using Communities, it was clear that Communities were not helping viewers find new streamers to watch."

A spokesperson added, "As with all changes we make to Twitch, our goal is to help make creators successful, so we will continue to listen to the community and to analyze and adapt new initiatives."

"We just want to make sure that we're heard."

Lopez works on BGG in her free time, when she's not at her full-time job. She spends her time building relationships with like-minded partners, seeking funding, starting conversations and playing games, of course. BGG is a passion project and a chance to shift the video game industry toward inclusion, away from homogenization.

"In terms of black women specifically, we do feel like we're always left out or we're always a trope or a stereotype when it comes to characters," Lopez said. "We just want to make sure that we're heard, our voices. We also play the games, and we do have input into what happens. People hit up developers for any which reason they have an issue with a game. Why can't we talk about why you haven't included us from the get-go?"

BGG recently launched a store, and Lopez was featured in a video campaign from UK retailer GAME in April. The group is growing, as is its reach.

"I would like Black Girl Gamers to be a hub for gaming from the nuanced cultural perspective," Lopez said. "Obviously BGG is for black girl gamers, but also talking about different cultures. ... I really see that being a hub for multiple different perspectives: perspectives on tech, perspectives on gaming, perspectives on events, on new games, old games, nostalgia, cosplaying, all these things. Being an alternative person, I think, will be the coverage."

That final goal should hold true, at least until nonwhite, non-male people aren't seen as the "alternative" in the video game industry any longer.