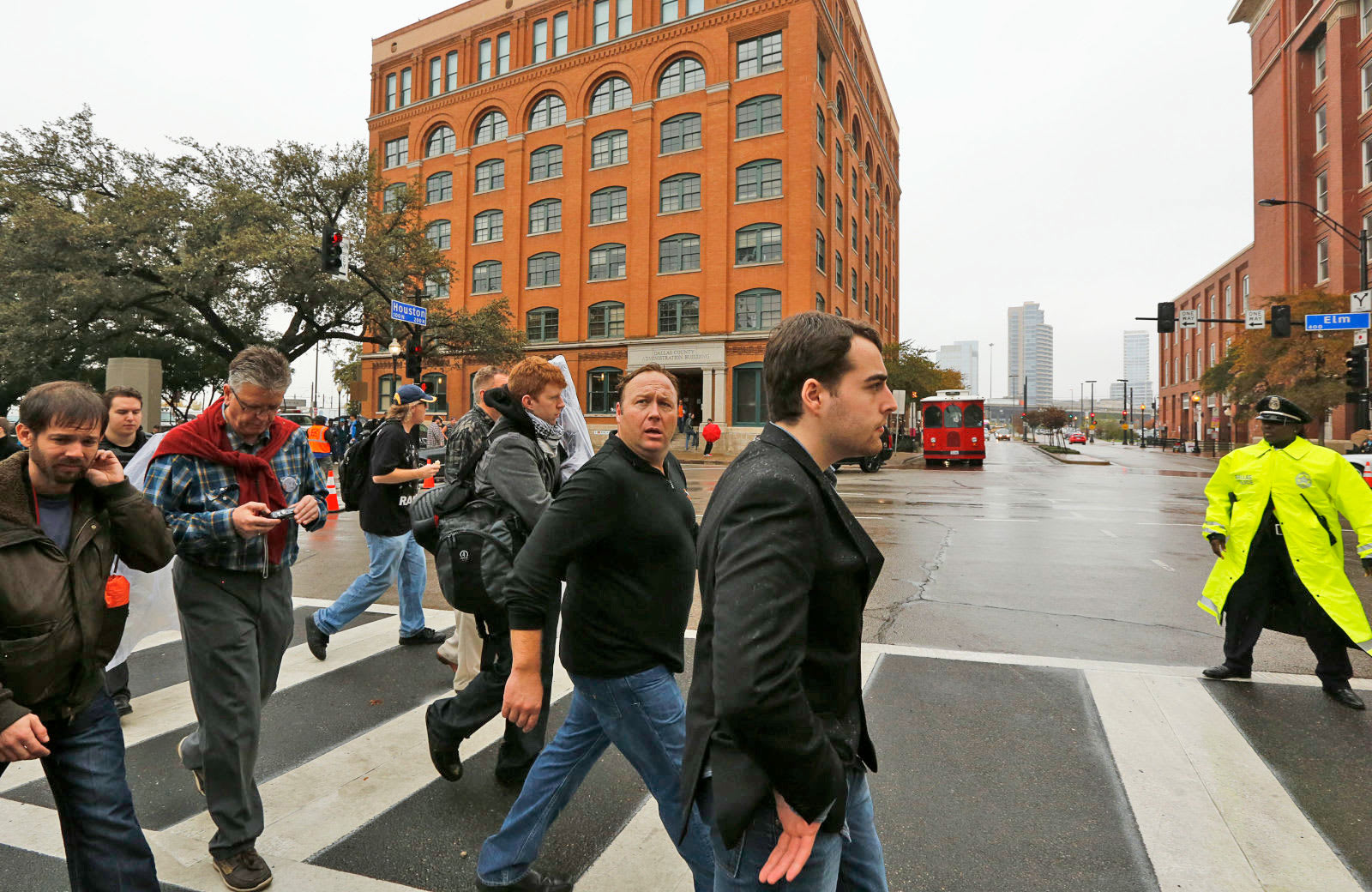 While a number of tech companies have purged their sites of Alex Jones podcasts and accounts over the last couple of days, not all InfoWars-related content has been taken down. And what's still available continues to attract interest. CNBC reports today that the InfoWars app, which is still available through the Apple App Store and the Google Play Store, is being downloaded quite a bit, taking the fourth spot in Apple's chart of top free news-related apps. As of writing, the app was number 12 in Google's chart of top free news and magazine apps.

On Sunday, Apple removed five of the six InfoWars-related podcasts listed on its directory, saying that it "does not tolerate hate speech." And while Spotify had taken down select episodes of the "The Alex Jones Show" podcast the previous week, it followed Apple's lead and later removed all of the show's episodes. Alex Jones and InfoWars have now also been banned from Facebook and YouTube removed Jones' official channel. Other companies that have removed Jones' content include Stitcher, LinkedIn and Pinterest. Twitter said yesterday, however, that Jones and InfoWars haven't violated its policies.

Apple CEO Tim Cook and senior VP Eddy Cue reportedly met over the weekend to discuss what to do with the Alex Jones and InfoWars content accessible through Apple. CNN's Oliver Darcy reported that the two chose to keep the InfoWars app on the App Store because they didn't believe it violated the company's policies.

Due to multiple violations of our rules and guidelines, including threats and threatening violence, the comment section to this article is now closed.

Via: CNBC, 9to5Mac
In this article: alexjones, app, apple, AppStore, av, entertainment, gear, google, HateSpeech, infowars, PlayStore, politics
All products recommended by Engadget are selected by our editorial team, independent of our parent company. Some of our stories include affiliate links. If you buy something through one of these links, we may earn an affiliate commission.