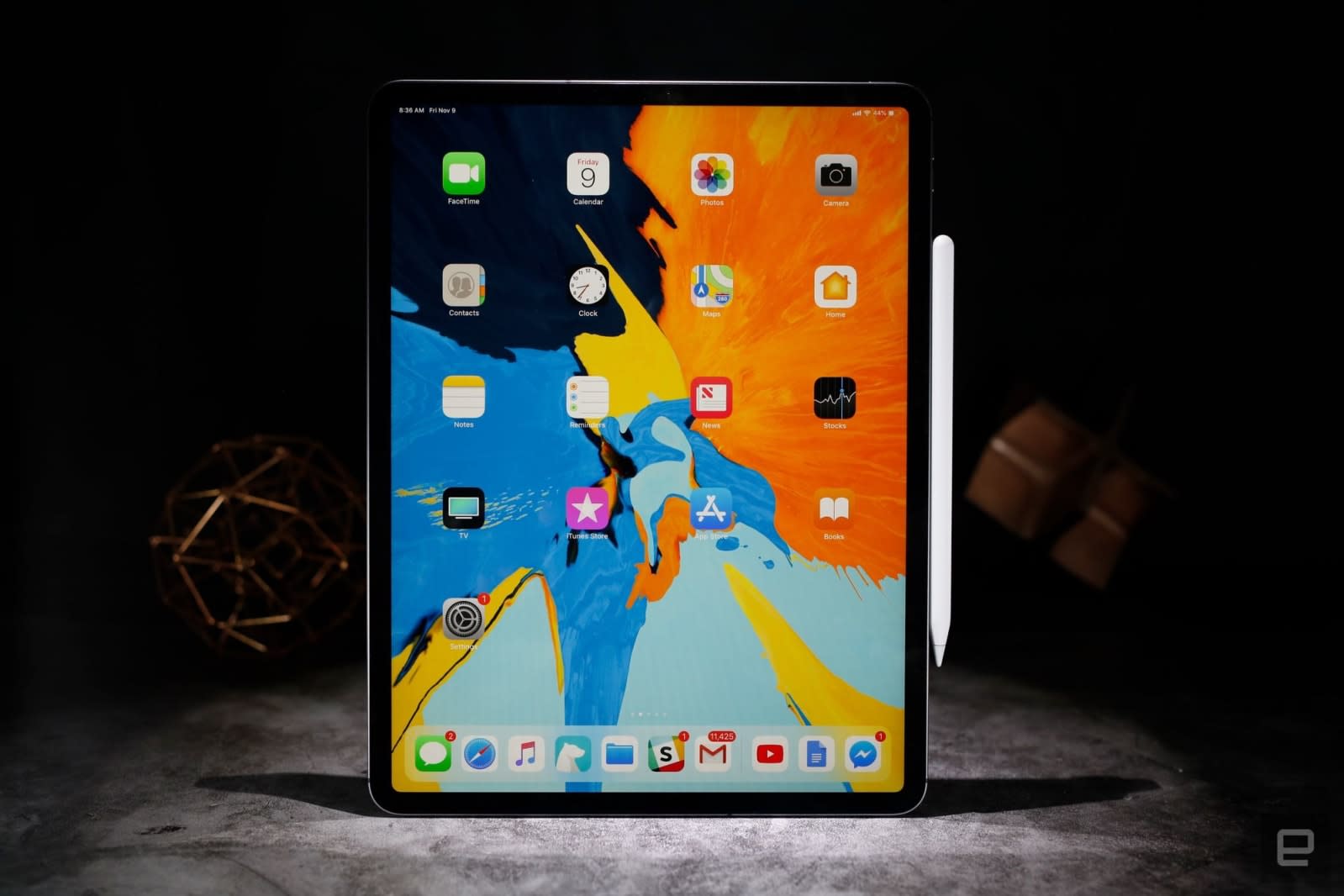 When Apple first responded to concerns that its iPad Pros were shipping with a slight bend, the company essentially said that it's a non-issue. Since that will definitely not be enough for a lot of people, Apple has detailed the device's manufacturing process in an effort to explain why the tablets may have "subtle deviations in flatness." In the support entry, Cupertino said it uses a process called co-molding for its iPad Pro cellular models.

"In this high-temperature process, plastic is injected into precisely milled channels in the aluminum enclosure where it bonds to micro-pores in the aluminum surface," the document reads. "After the plastic cools, the entire enclosure is finished with a precision CNC machining operation, yielding a seamless integration of plastic and aluminum into a single, strong enclosure."

The process leads to the formation of small vertical bands or "splits" in the sides of the iPad and turns parts of the enclosure into cellular antennas. Apple explains that these splits, coupled with the new tablets' straight edges -- previous versions, as you know, have more rounded ones -- may create "subtle deviations in flatness" that are only visible from certain angles. Cupertino stressed that these slight bends are imperceptible during normal use and they don't affect the enclosure's strength or the tablet's performance. Plus, it said slight bends will not change over time, which hopefully means that they won't get worse

Here, Cupertino also reiterated that it "allows for no more than 400 microns of deviation across the length of any side." That's less than one millimeter of variance allowed for the gadget's flatness. It's encouraging customers who believe their devices don't meet that standard to contact Apple Support.

In this article: apple, bend, gadgetry, gadgets, gear, ipadpro
All products recommended by Engadget are selected by our editorial team, independent of our parent company. Some of our stories include affiliate links. If you buy something through one of these links, we may earn an affiliate commission.