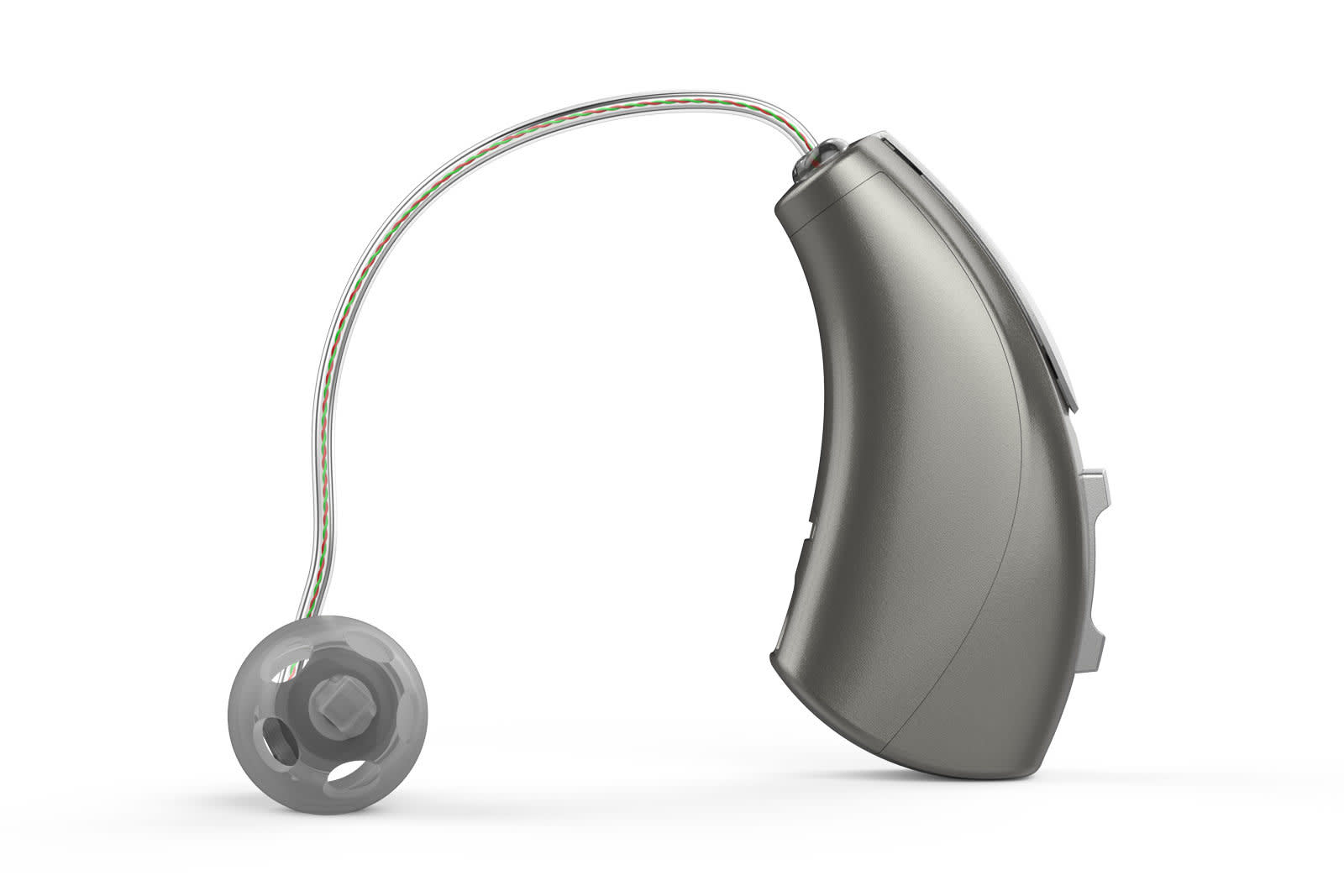 Among the mountains of sexy technology on the market, it's fair to say that hearing aids don't feature too highly when it comes to innovation and aspirational living. But as Starkey Hearing Technologies demonstrated with its Livio AI device last year, there's a lot to be done in this field -- and now its smart hearing aid has gotten even smarter.

Granted, not many people view hearing aids as smart devices -- they are traditionally the preserve of the elderly, and therefore not particularly synonymous with The Internet of Things. But new updates to the device which already boasted a host of useful features -- such as Alexa voice control and built-in language translation -- are set to completely reimagine the concept of the hearing aid. Announced at CES, the Livio AI device now comes with fall detection, heart rate measurement and a built-in virtual assistant.

According to the National Council on Aging, every 11 seconds, an older adult is seen in an emergency department for a fall-related injury and one in every three older adults -- about 12 million -- fall every year in the US. Livio's Fall Alert feature helps to mitigate some of the worry associated with caring for vulnerable individuals, sending alerts to selected contacts when it detects a fall. Similarly, its embedded sensors and AI have paved the way for in-ear receivers that can measure the wearer's heart rate -- useful not only for older people, but anyone looking to improve their own health and fitness.

Finally, the device is getting its very own personal assistant, Thrive, which is integrated with Google Assistant for hands-free help. Wearers can ask questions such as "What's today's weather forecast?" and interact directly with the assistant for help troubleshooting any issues with the device itself or its accessories.

Hearing aids were traditionally designed to simply help people hear better. Now, as Livio shows, they're evolving to help people better integrate with the modern world -- regardless of their age -- and much of the stigma associated with hearing aids is being removed in the process. And according to Starkey's chief technology officer Achin Bhowmik, there's more to come: "We are just getting started."

In this article: CES2019, device, falldetection, gadgetry, gadgets, gear, GoogleAssistant, hearingaid, heartrate, Livio, measurement, medicine, smart, Starkey, tomorrow, voiceassistant, wearable, wearables
All products recommended by Engadget are selected by our editorial team, independent of our parent company. Some of our stories include affiliate links. If you buy something through one of these links, we may earn an affiliate commission.