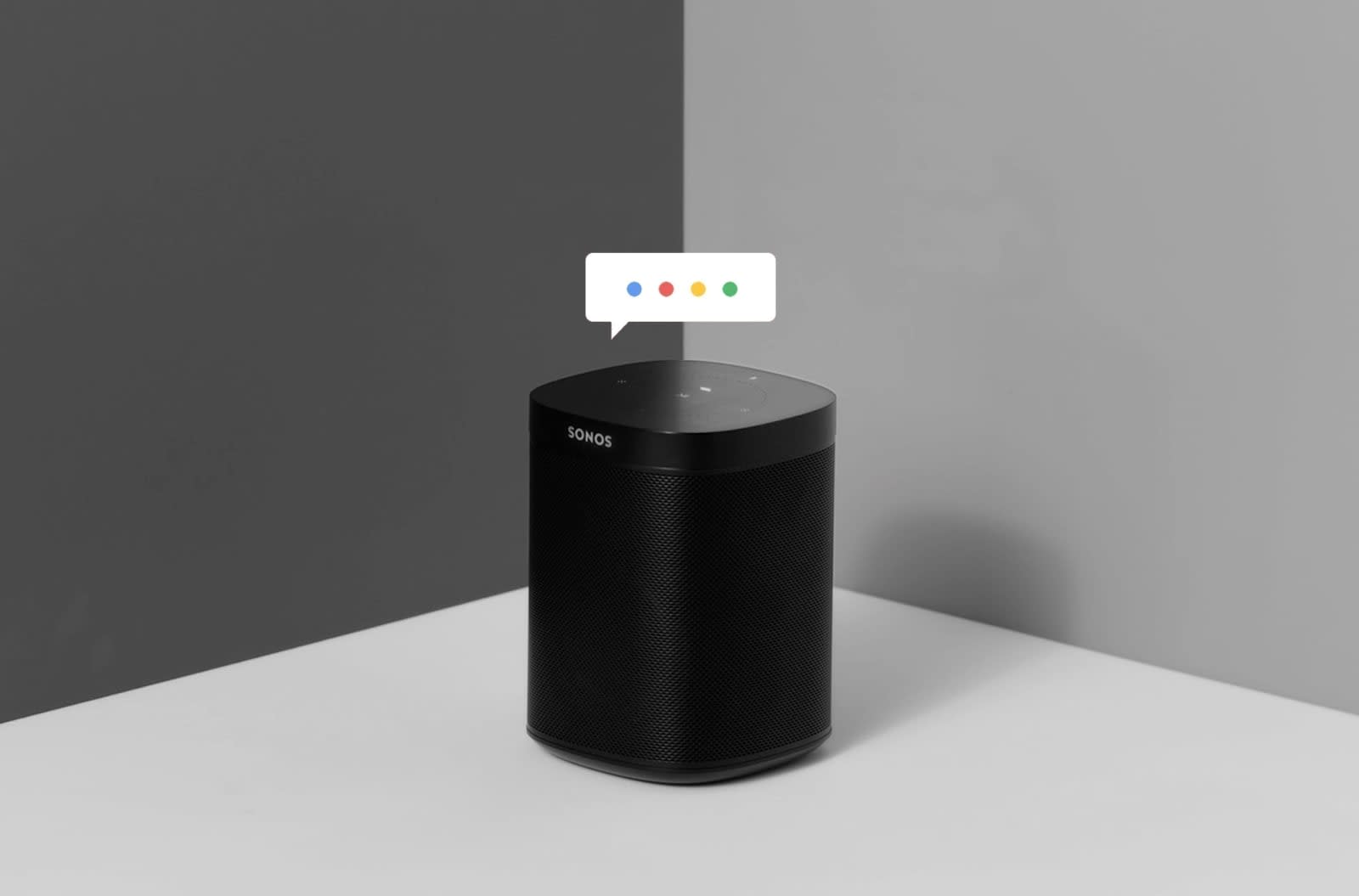 Yesterday, Google mentioned speaker-maker Sonos as one of many home device brands whose products would work with Google Assistant. Google's press release wasn't the clearest, and the wording implied that we could see the feature very soon on Sonos' two voice-enabled speakers, the One and the Beam. But Sonos fans who've been waiting for this feature know that the company hasn't said anything publicly since November, when it announced it wouldn't meet its 2018 timeframe for Google Assistant support.

Sonos did say that it would have an update in early 2019, and at CES the company made good on that progress. I got to see a quick demo of Google Assistant running on the Sonos Beam, and Sonos VP of software Lidiane Jones gave me an update on the work the company has been doing and provided a little more detail on when the Assistant would be ready to go.

The demo was short and not terribly exciting, but that's not a bad thing. I basically got to see that asking a Sonos with Google Assistant to play music works the same as asking any other Google Assistant speaker, like the Home Max. The Beam responded quickly to the play music request, and it pulls in songs from the default audio service that users designate as part of the Google Assistant setup experience. The Beam was also able to pull in weather forecasts, add appointments to a Google calendar and even turn on the TV it was connected to thanks to the speaker's HDMI-ARC connection.

The devil is in the details, they say, and that's where Sonos is spending its time now. Integrating the Assistant into Sonos' own multi-room speaker system introduces a number of challenges, and Jones mostly had to demur when I pressed on some of the nitty-gritty details. It may have simply been because the company wasn't ready to talk about these things in that much detail publicly yet, but she did say that a lot of cases Google and Sonos are fine-tuning exactly how these things will work.

Among the things I was wondering were whether you could group a Sonos speaker with the Assistant alongside Google's own hardware like the Home and Home Max. Google already has its own multi-room audio solution for the Assistant and Chromecast-enabled devices, so I was curious if a Sonos speaker like the Beam would be recognized and able to be grouped alongside those. I also wondered whether music that was started on a speaker using the Sonos player app could then be controlled by voice -- asking Google to turn up the volume or skip tracks even if the Assistant didn't start playback in the first place.

That's how Alexa currently works on Sonos, and Jones said that they hoped to offer the same type of experience with the Assistant. "We call it continuity of control...every time we have some sound we want you to be able to control that sound regardless of what control form you're using," Jones said. "Our control platform has APIs for that; any of our partners can control the sound regardless of where it's coming from."

Google's CES press release also indicated that the Assistant would work with older Sonos speakers, even if they don't have mics themselves. Jones confirmed that the Assistant would be able to link up to older Sonos speakers, letting users control them through devices like a Google Home or even the Assistant on your smartphone. Jones said that it was important for Sonos to roll out support across newer devices with mics like the One and Beam as well as provide it for older speakers at the same time, giving its users a more seamless, less fragmented experience.

"That's been part of the complexity for us, creating a single-platform experience that works for both of these uses cases," Jones said. "From our point of view these things shouldn't be different. "Works with" [controlling Sonos from a Google Assistant device, like the Home]. is one experience and built-in is another, and bringing those together has been a big part of the work for us, and Google as well." Jones also confirmed that the Assistant would launch both on the One and Beam as well as for non-mic'd speakers simultaneously, so owners of older products won't have to wait.

As for when the Assistant might be ready to go, Sonos isn't giving specifics still. It knows fans have been waiting for a while now and would rather just get everything finalized rather than project how long it'll take. But, Jones did give some encouraging signs that it should be ready before too long. The closed beta test that Sonos started earlier will be expanding greatly to "thousands"of users very soon -- and Jones said that phase of testing will be focused on making sure everything works smoothly on the wide variety of home networks and configurations that are out there. "Usually when we hit beta, our products are quite baked," Jones said.

"Even in our beta pool we want our customers to be able to listen to music and user their services, otherwise the experience is really poor. It's about fine-tuning the experience, not actually developing the experience." The fundamental execution of the Assistant on Sonos appears to be in order, aside from some of the last few details.

So while Google Assistant isn't going to roll out for Sonos right away, it does sound like it won't be long now -- even if Sonos is playing it safe and not committing to a date.

In this article: av, ces2019, gear, google, googleassistant, home, sonos, sonosbeam, sonosone
All products recommended by Engadget are selected by our editorial team, independent of our parent company. Some of our stories include affiliate links. If you buy something through one of these links, we may earn an affiliate commission.