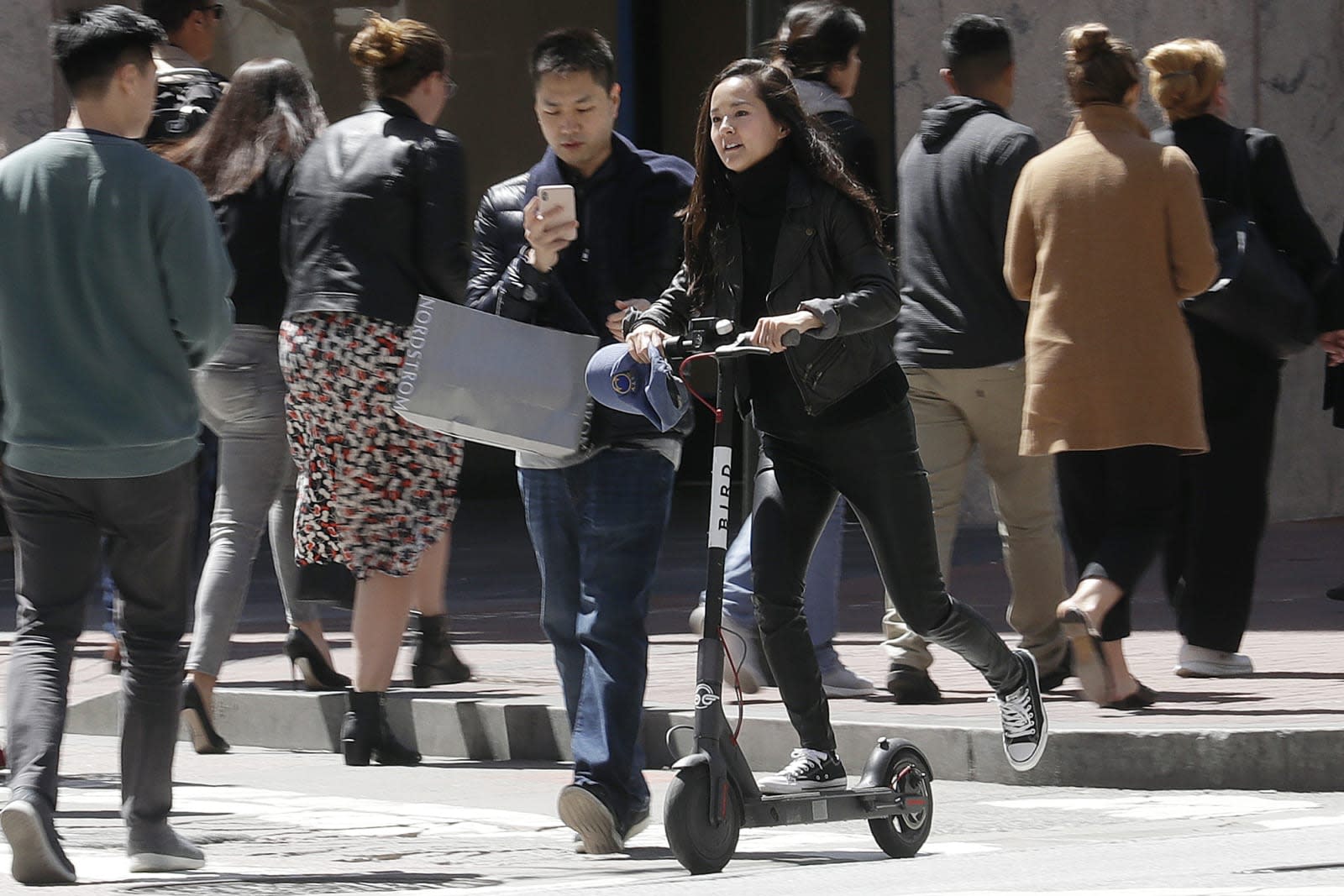 Bird isn't staying out of San Francisco just because it doesn't have a permit for its usual scooter service. It's launching a personal rental service in both San Francisco and Barcelona that gives you a scooter of your own for $25 per month. Order a scooter through the app and Bird will deliver it (plus a charger and lock) to a location of your choice, after which you can use it as much as you like. Bird will also pick up the two-wheeler when you're done.

The company pitches this as a potentially better transportation option for low-income residents who may want an alternative to mass transit or owning a car that might be difficult to afford. It may also be a "more reliable and sustainable" option than being stuck in traffic, Bird said.

The feature will be available in the "coming weeks," with more cities having access later in the spring.

In San Francisco, this is clearly a way to keep Bird's scooter fleet useful when it would otherwise sit idle. It could also help Bird expand to cities where its usual option would otherwise be forbidden. Elsewhere, it might serve as an alternative to bike rentals, or even ridesharing subscriptions like Lyft's All-Access.

Whether or not it's a good deal is another matter. Even the more expensive electric scooters tend to cost several hundred dollars at most -- you might end up spending more if you rely on Bird's service for more than a year or two. With that said, the rental option could be smarter if you only want to use a scooter for a short period (say, during the summer) or can't justify the up-front cost.

In this article: bird, gear, internet, rental, rentals, scooter, services, thebuyersguide, transportation
All products recommended by Engadget are selected by our editorial team, independent of our parent company. Some of our stories include affiliate links. If you buy something through one of these links, we may earn an affiliate commission.