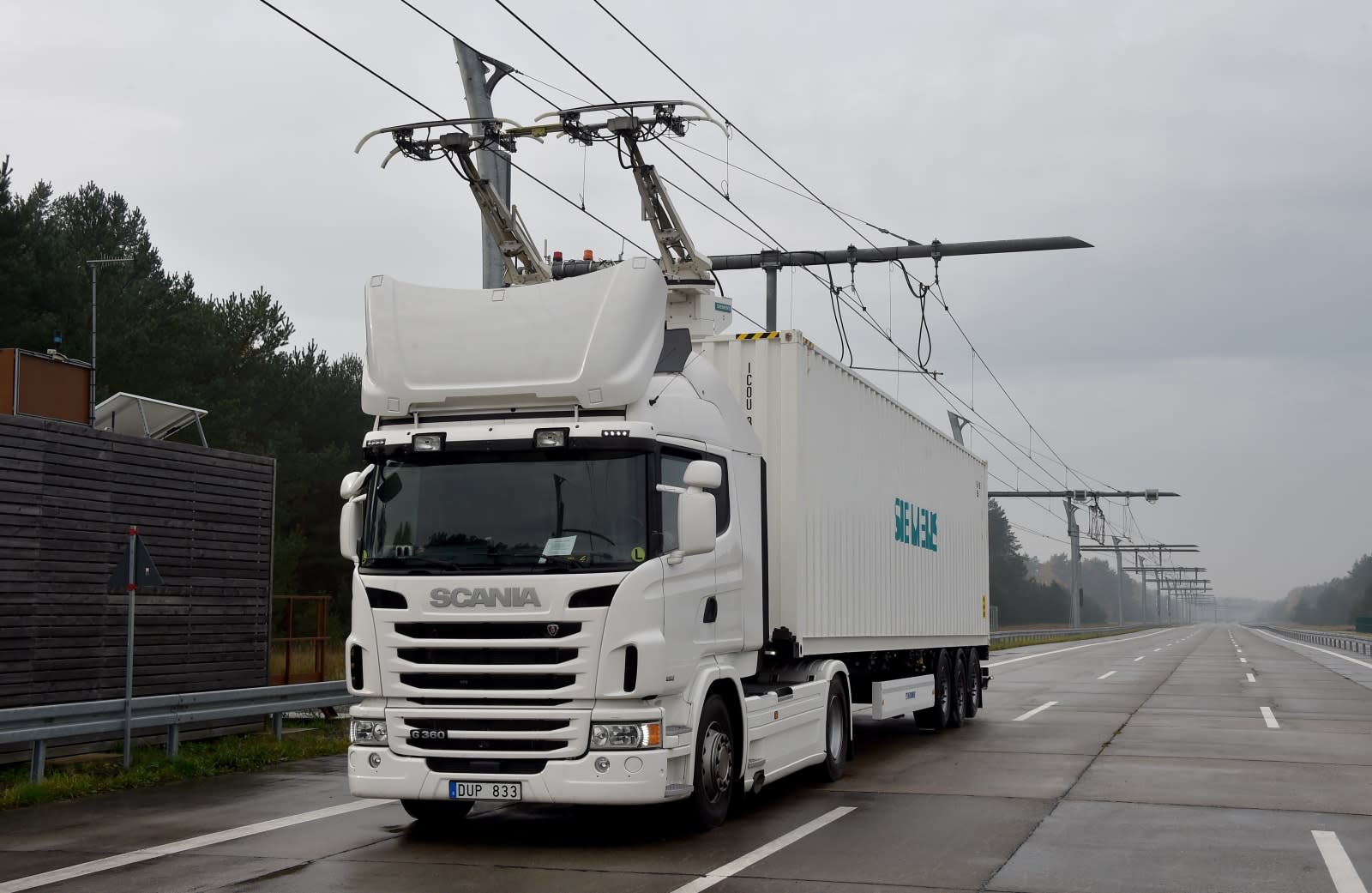 Germany is joining the ranks of those countries betting on "electric highways" to foster eco-friendly trucking. The country has started real-world tests of an eHighway system on a 3.1-mile stretch of the Autobahn between Frankfurt and Darmstadt, with an electric-diesel hybrid truck merging into everyday traffic while it received power from overhead cables to keep it from using its combustion engine. Earlier tests in the country relied on either slow nighttime tests or the safety of an unused military airfield.

The very first eHighway launched in Sweden in 2016. The concept here is the same -- the trucks use pantographs (the pickps on their roofs) to latch on to the overhead cables and draw electricity. Trucks can feed electricity into the grid when they brake, making the system particularly useful if there's ever a jam.

The system won't have a major impact for a while. Just five trucks will run the electrified stretch each day where roughly 10 percent of the road's 135,000 daily vehicles are heavy trucks. That reduced emissions footprint could scale up as more trucks support the system, though, and could encourage trucking companies to go electric knowing that their cargo haulers could drive longer on a charge.

In this article: autobahn, electric highway, gear, germany, green, hybrid, hybrid truck, pantograph, transportation, truck, trucks
All products recommended by Engadget are selected by our editorial team, independent of our parent company. Some of our stories include affiliate links. If you buy something through one of these links, we may earn an affiliate commission.