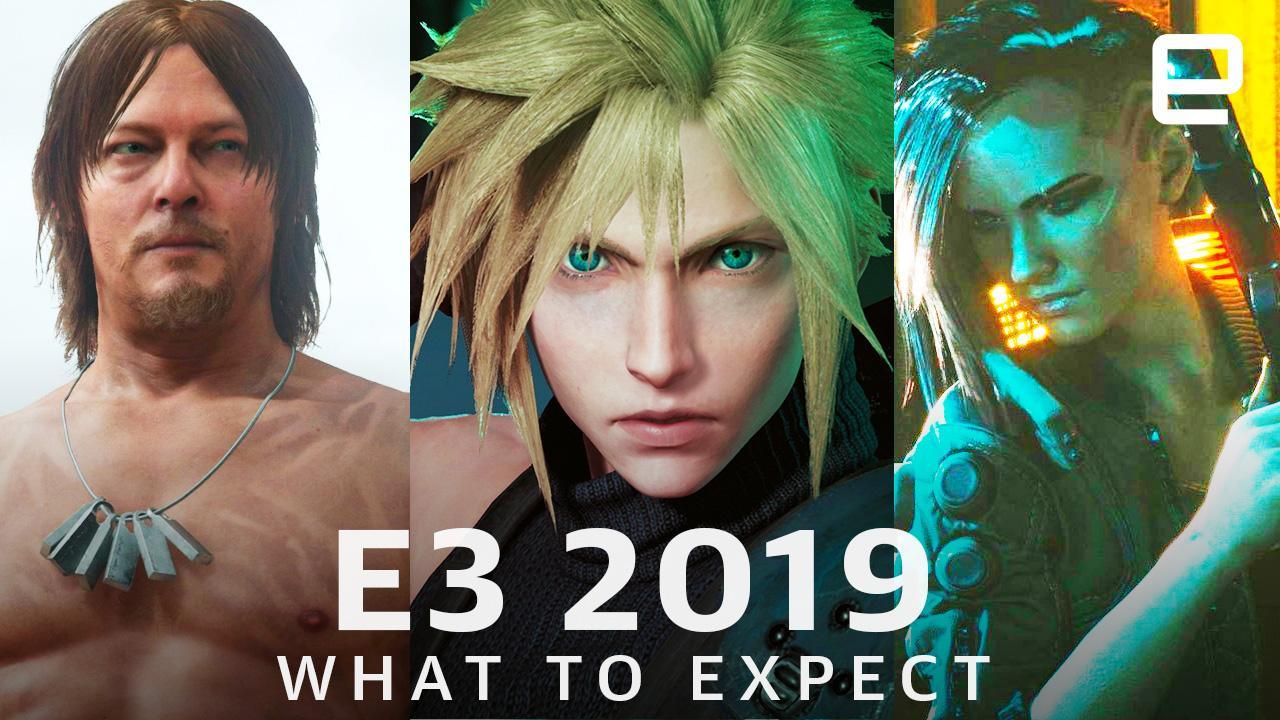 We're barely a week away from the start of E3 2019 at the Los Angeles Convention Center in California! This year's event may be missing one of its stalwarts now that Sony has announced that it will not have a presence but there will be news aplenty from the show floor. Let's take a look at some of the anticipated high points.

With Sony sitting this round out, the other two members of gaming's Big 3 -- Nintendo and Microsoft -- are likely to enjoy a lion's share of the public's attention this year. Nintendo will hold its Direct event on Tuesday morning. We're not expecting news on Super Mario Maker 2 or Pokemon Sword and Shield, as both titles will have had their own Direct events prior to the start of the show, but we are hoping for word on the new Fire Emblem game, Animal Crossing, the Link's Awakening reboot, Luigi's Mansion 3 and Town. Any news on Bayonetta 3 or Super Metroid 4 would be welcome as well.

For its part, Microsoft is likely to spill the beans on Gears 5, which is slated for release later this year. We're also hoping for news on the company's flagship FPS franchise with Halo Infinite. Surprisingly, there's a strong chance that we might not see a new Forza in 2019, breaking a nearly-decade long streak. But could we see a proper reveal of xCloud, Microsoft's answer to Google's Stadia game streaming service, instead?

Third-party developers are sure to have plenty of news to share as well. Ubisoft won't be releasing a new Assassin's Creed this year but will likely reveal the "3-4 AAA" titles it plans to launch before next March. We could see something from any of the Watch Dogs, Prince of Persia, The Crew, FarCry, or For Honor franchises -- though, our money is on Splinter Cell. Sure would be nice if Ubi had some updates on Beyond Good & Evil 2 too. And there's a leak suggesting Ubisoft has an answer to Rocket League that involves... roller skating? Sure, why not.

EA is taking the minimalist approach to its E3 presence. It will hold EA Play offsite in Hollywood and will not be holding a proper press conference. Instead, we'll be getting a series of livestreams highlighting Star Wars: Fallen Order, Apex, and Battlefield V's next DLC, as well as the usual updates to Madden and FIFA.

As for Square Enix, we're sure to hear more about the long-awaited Final Fantasy VII remake as well as a Marvel's Avengers title that the company has been working on since 2017. The Avengers game is being developed by the teams responsible for the most recent incarnations of Tomb Raider and Deus Ex, which probably rules out any new entries into those series. Beyond that, we're hoping for some new details on Dragon Quest XI for the Switch and the North American release of Dragon Quest Builders 2, which is already out in Japan.

Bethesda will hold its press conference on the heels of the Xbox event Sunday night. We're confident we'll see something on Doom Eternal, which is coming out this year, as well as Wolfenstein Youngblood which will hit consoles this July. And the company is sure to also discuss its ongoing efforts to improve Fallout 76. Fingers crossed we see more than six seconds of the Elder Scrolls VI title screen this year.

Now for everybody else: we're expecting updates on the highly anticipated Cyberpunk 2077 from Witcher-developer CD Projekt Red -- might even get a release date from them this year. Sega will most likely be showing off its Genesis Mini console at the show as well. And get ready for tidbits on Judgement, the Yakuza spinoff; Borderlands 3; Catherine: Full Body; and the Tokyo 2020-themed Mario & Sonic at the Olympics game.

We might also see The Outer Worlds multi-platform RPG from Fallout: New Vegas developer Obsidian Entertainment, which is due this year, and Control, from Alan Wake developer Remedy, which arrives this summer. Bandai Namco will likely reveal more details about its Dragon Ball RPG, Project Z, and its dark-souls-like action RPG, Code Vein. Then there's Dying Light, the "open world first person survival horror action-adventure parkour zombie" game you never knew you wanted, which is getting a sequel, and finally Shenmue III, which is sure to make an appearance somewhere.

This is only a taste of what will be on display at E3 2019. Join us from Saturday, June 8th, onwards for streams of press conferences, and follow us all week for up-to-the minute news, impressions, interviews and reports from the show.

In this article: av, Bandai Namco, Bethesda, cd projekt red, e32019, gaming, google, microsoft, nintendo, obsidianentertainment, Remedy, rocket league, Sega, sony, square enix, Stadia, Staples Center, xCloud, Yakuza
All products recommended by Engadget are selected by our editorial team, independent of our parent company. Some of our stories include affiliate links. If you buy something through one of these links, we may earn an affiliate commission.