Xiaomi also thrived, but Huawei and others took a thrashing.

Samsung might have good reason for suggesting that midrange phones could help it escape its profit slump. Canalys estimated that Samsung was thriving in Europe in the second quarter of 2019 thanks partly to its midrange phones, surging to 40.6 percent share versus 33.9 percent a year ago. That's 18.3 million phones in total. It had three of the top five shipping phones, all of which were more affordable A-series models like the Galaxy A50 (which represented about 3.2 million units by itself). Flagships like the Galaxy S and Galaxy Note might have been the stars of the show, but it was the lower-cost models that really got people into stores.

That was reflected in the other victor from the quarter. Xiaomi's share nearly grew by half to 9.6 percent on the back of mid-priced phones like the Redmi Note 7.

It wasn't pretty for other vendors. Huawei appeared to have reeled from the effects of the US blacklisting, sinking to 18.8 percent share. Nokia phone maker HMD Global also suffered in this market. And Apple's weak iPhone sales manifested themselves here, with a dip to 14.1 percent share. Not surprisingly, its most popular model was the relatively affordable iPhone XR -- cost is still a concern even in the premium phone space.

These rankings might not hold for long. Samsung's renewed focus on midrange phones could keep it out in front, but Huawei faces a murky future if it can't rely on Android. Xiaomi might also enjoy more meteoric growth thanks to team-ups with carriers for early 5G phones. Apple, meanwhile, is likely just weeks away from introducing a new wave of iPhones that could include an iPhone XR equivalent with dual rear cameras. The pecking order could be considerably different within a matter of months, let alone a year. 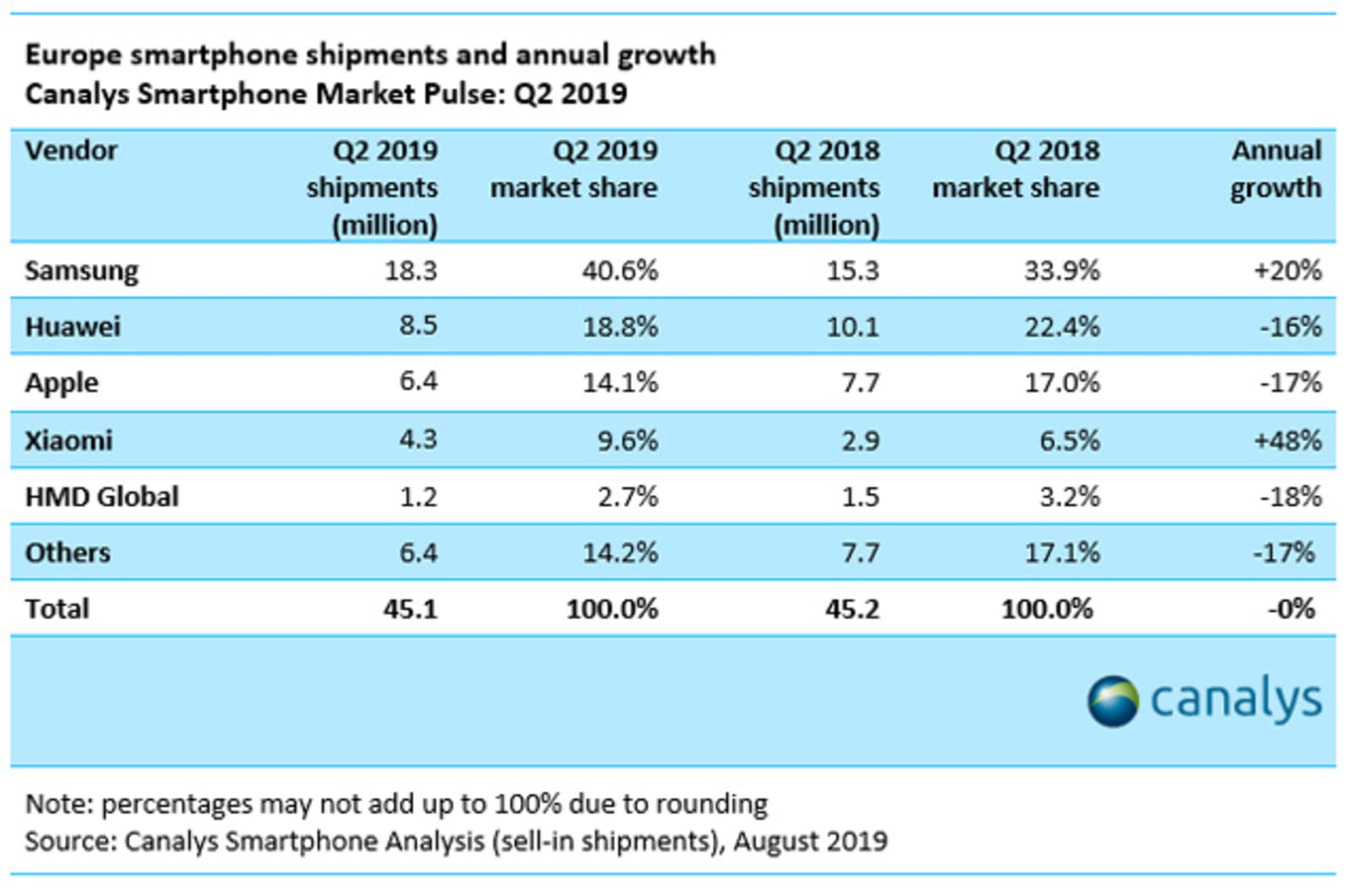