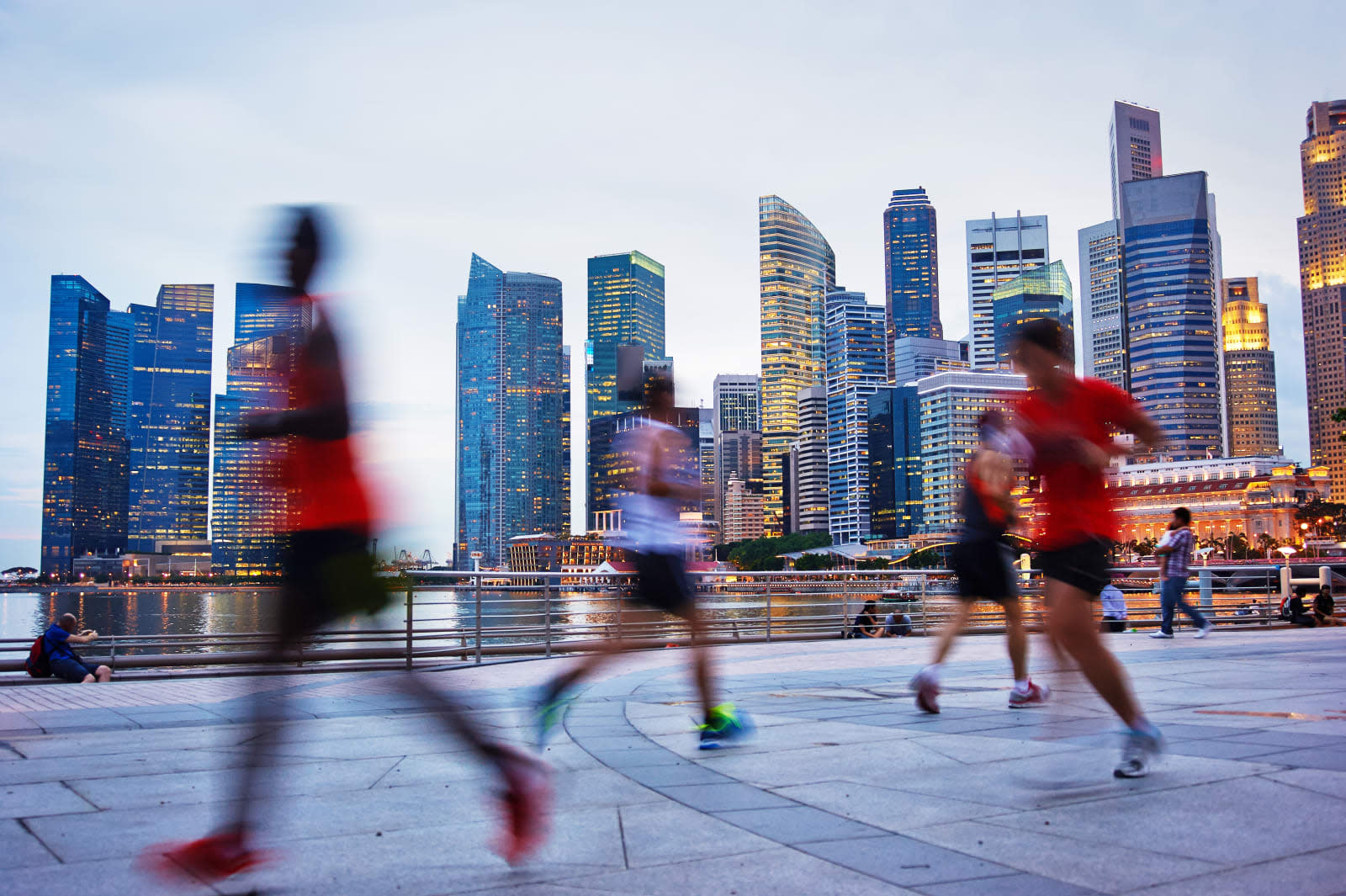 Never mind getting a fitness tracker through your insurance company -- in Singapore, the government will encourage you to get one. Fitbit has unveiled a partnership with Singapore's Health Promotion Board on an initiative, Live Healthy SG, that will spur the city-state's residents to adopt fitness trackers. If you commit to a year's worth of Fitbit's Premium health coaching service and agree to share that data with the Board, you'll get a free Inspire HR tracker. The aim, as you might imagine, is to both keep Singaporeans in good shape and "enrich" the Board's health promos with useful info.

This is the first "major" tie-in between wearables, a digital health platform and a national public health program, Fitbit claimed. It also stressed that there will be a "clear and seamless consent process" so that would-be participants know they're sharing data.

Locals can pre-register for Live Healthy SG in mid-September, with the program debuting in earnest in late October. Premium was already slated to debut around the world in the fall.

This is strictly optional, and isn't guaranteed to see massive uptake (especially if you already have a nicer wearable than the entry-level Inspire HR). It might, however, serve as a experiment to see how well activity trackers can serve government health strategies. It could also help Fitbit's bottom line. The company has been shifting its focus to services, and its smartwatch business recently hit a rough patch due to poor Versa Lite sales. This could help it bounce back, not to mention set a precedent for other countries interested in mating Fitbit's technology with their public health programs.

In this article: activity tracker, fitbit, fitbit premium, fitness, fitness tracker, gear, government, health, internet, public health, services, singapore, wearable, wearables
All products recommended by Engadget are selected by our editorial team, independent of our parent company. Some of our stories include affiliate links. If you buy something through one of these links, we may earn an affiliate commission.