Toyota’s e-Palette will transport athletes during the 2020 Olympics

Twenty of the autonomous vehicles will be at the event to moves athletes.

As part of its big robot push for upcoming the 2020 Tokyo Olympic and Paralympic Games, Toyota says it will have 20 of its e-Palette electric vehicles on-site to transport athletes.

Each of the vehicles will travel through the athletes' village at a leisurely 12 miles per hour along a designated loop. As an SAE Level 4-capable autonomous vehicle, the e-Palette will be able to navigate the area all on its own. However, a safety attendant will be onboard each vehicle to ensure nothing goes wrong. Those capabilities put the e-Palette in about the same ballpark as Waymo's current fleet of autonomous vehicles. 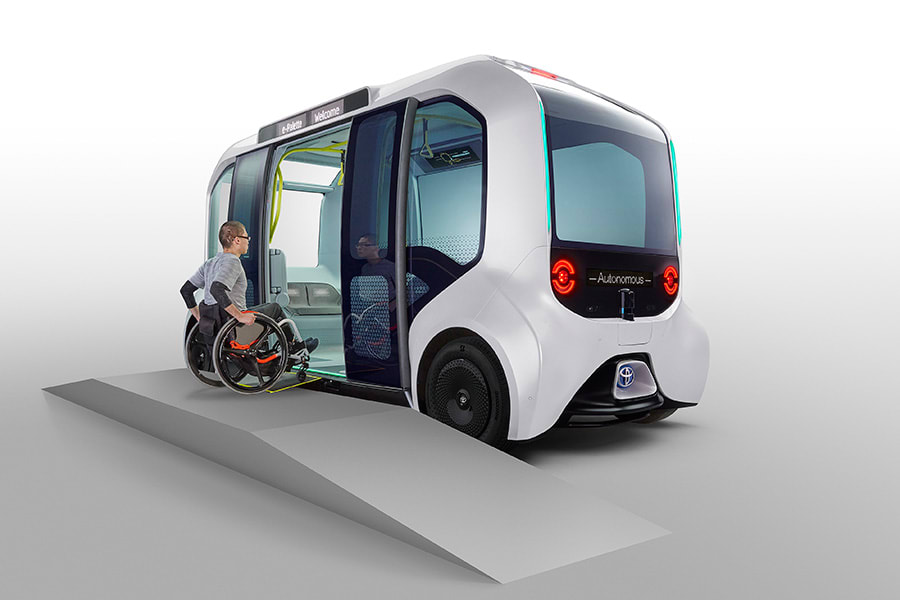 Toyota adds that it consulted with athletes to adapt the vehicle to their needs. It can transport up to four passengers in wheelchairs at the same time, and includes an electric ramp to facilitate easy and quick boarding. The automaker also made the interior elements of the Tokyo 2020 Version contrast to help colorblind individuals.

The company will also have a smaller version of the vehicle, called the Field Support Robot, at throwing events to move shot puts and javelins. For Toyota, the e-Palette, in all its various forms, will serve as marketing for the company's technical abilities. In an interview with Engadget from CES 2018, CEO Akio Toyoda said what he's most afraid of is companies like Google coming into the automotive space. The e-Palette is the company's bet that it can not only survive but succeed against tech's big juggernauts.