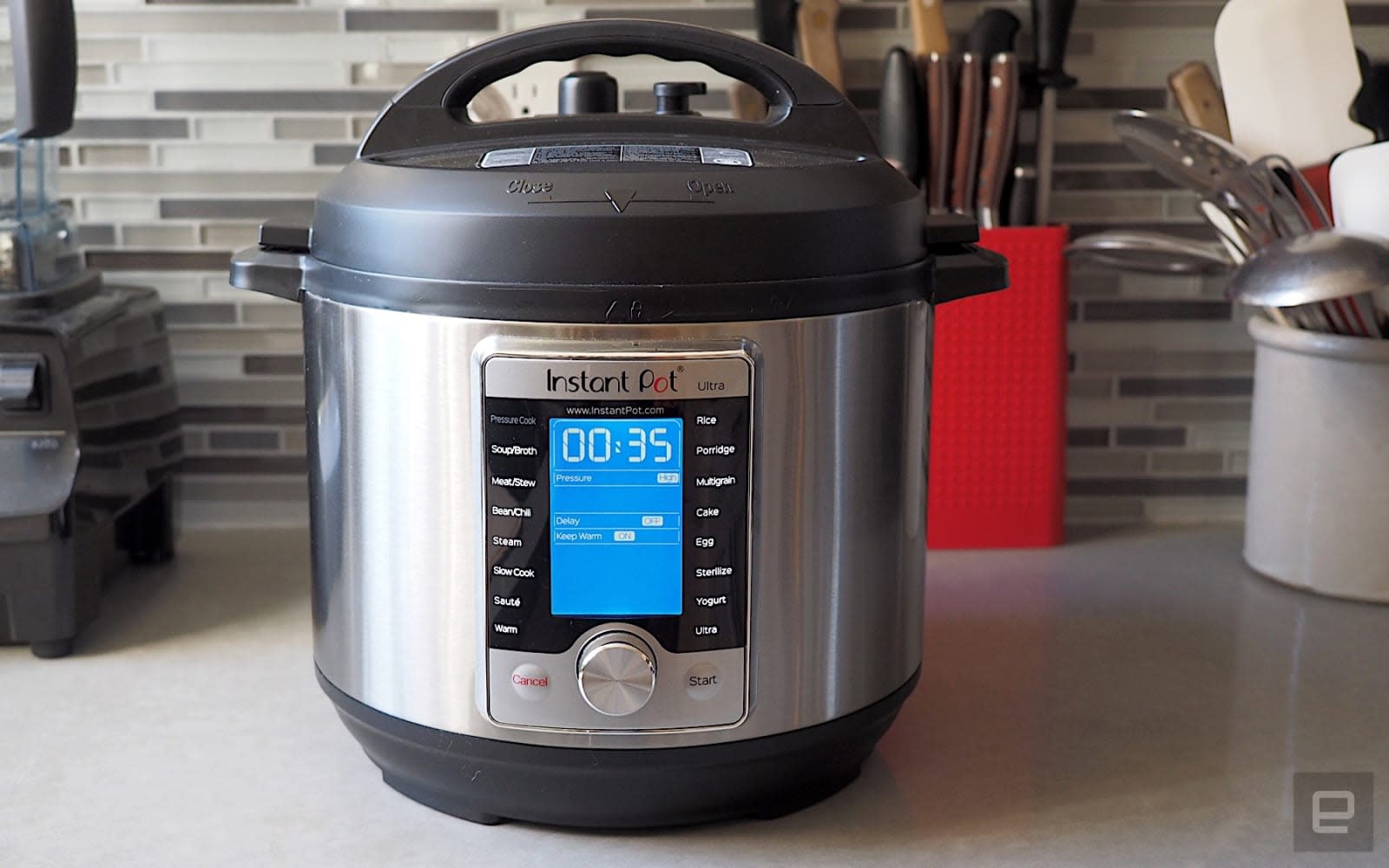 Instant Pot deals happen fairly often, but as we'd expect, Instant Pot is offering some of its steepest discounts just in time for Black Friday. Its best offer is $85 off the Instant Pot Ultra 8-quart model. Regularly priced at $180, it's on sale for $95, which according to Camelcamelcamel, is the lowest price yet.

The Ultra is one of Instant Pot's most popular models, and that's saying something given how enthusiastic Instant Pot fans are. If you're not ready to commit to the 8-quart giant, the slightly smaller Instant Pot Ultra 6-quart model is on sale for $82, a $17 saving. If you want something even smaller, the 3-quart Instant Pot Ultra Mini is discounted at $75, a $25 saving.

If you do snag one of these deals, don't forget to read our tips on getting the most out of your Instant Pot. These discounts run through December 2nd.

In this article: blackfriday2019, discount, engadgetdeals, food and drink, food-and-drink, foodanddrink, gadgetry, gadgets, gear, hgg2019, instant pot, instant pot duo nova, instant pot ultra, instant pot ultra mini, pressure cooker, price drop, sale, thebuyersguide
All products recommended by Engadget are selected by our editorial team, independent of our parent company. Some of our stories include affiliate links. If you buy something through one of these links, we may earn an affiliate commission.