While factories in Europe and the US grind to a halt due to COVID-19, Polestar has started production of its Polestar 2 in Luqiao, China. The Volvo brand's first EV is being built on the same production line as the Volvo XC40, as both companies are owned by Chinese automaker Geely. The first vehicles produced will be sold in Europe, with deliveries slated to start in China, then North America after that.

While COVID-19 cases have ramped up in the US and Europe, they're on the decline in China. On top of that, Polestar said that it took stringent measures to prevent its spread by taking employee temperatures, disinfecting everything and giving masks to all workers. As a result, the company said it has seen zero cases of COVID-19, the disease caused by the coronavirus. 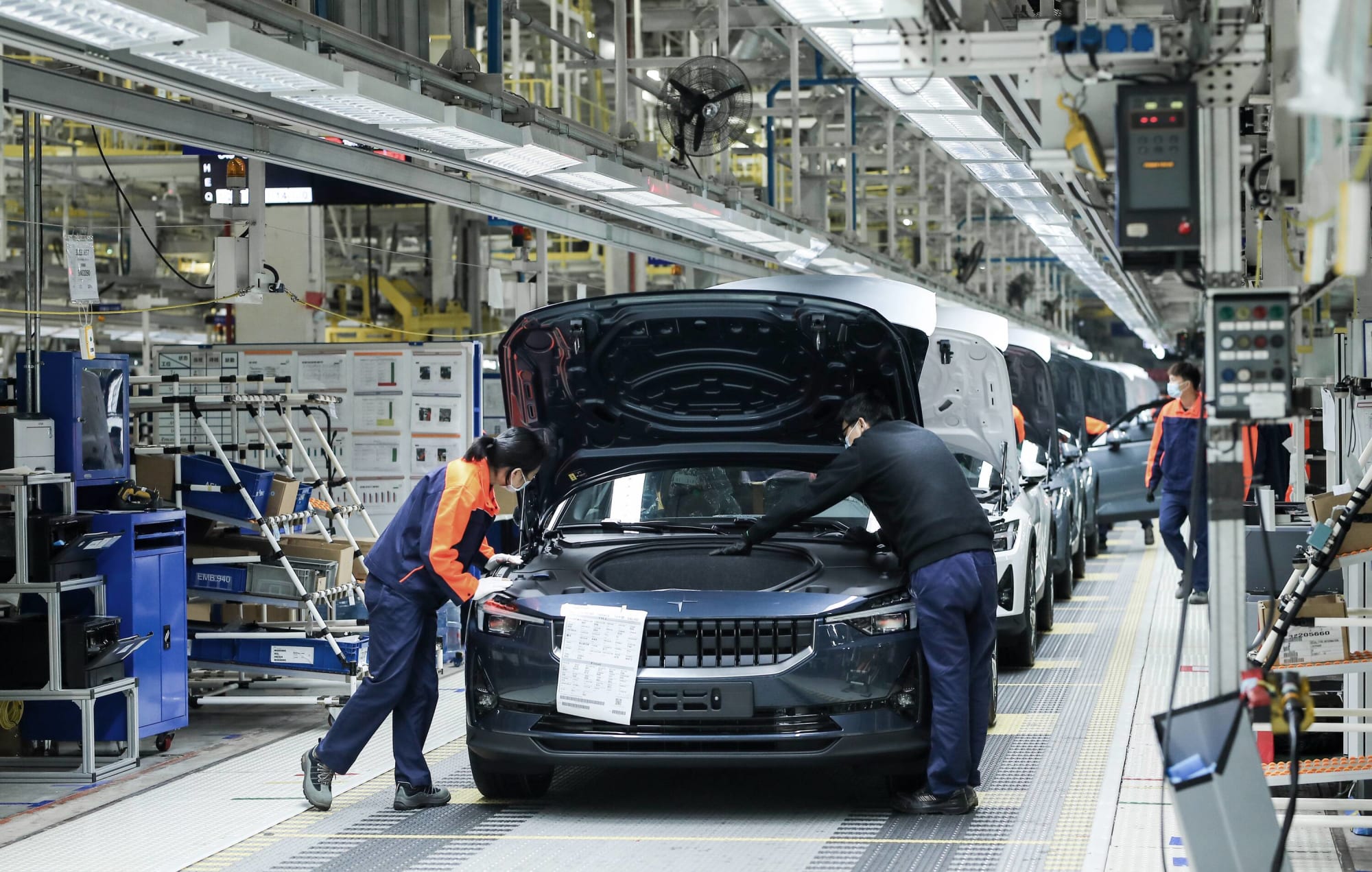 The Polestar 2 is designed to compete against the Tesla Model 3, though it's a quite a different-looking (arguably more handsome) car. The specs are similar though, as the Polestar 2 offers a 78 kWh battery that delivers around 275 miles of range via the WLTP method along with a 408 horsepower, 487 lb-ft motor (EPA specs will arrive closer to a US launch). It also has an Android-powered entertainment system with Google Assistant voice commands, Google Maps and the Google Play Store.

The first Polestar 2 "Launch Edition" model will cost $63,000, significantly more than the $40,000 price tag first touted by Volvo. That's a similar strategy to what Tesla employed with the Model 3, though. Polestar promised that a $55,000 model would roll out after a year, followed by a cheaper single motor model with the price yet to be determined. Deliveries in Europe should start this summer, followed by China and then North America.