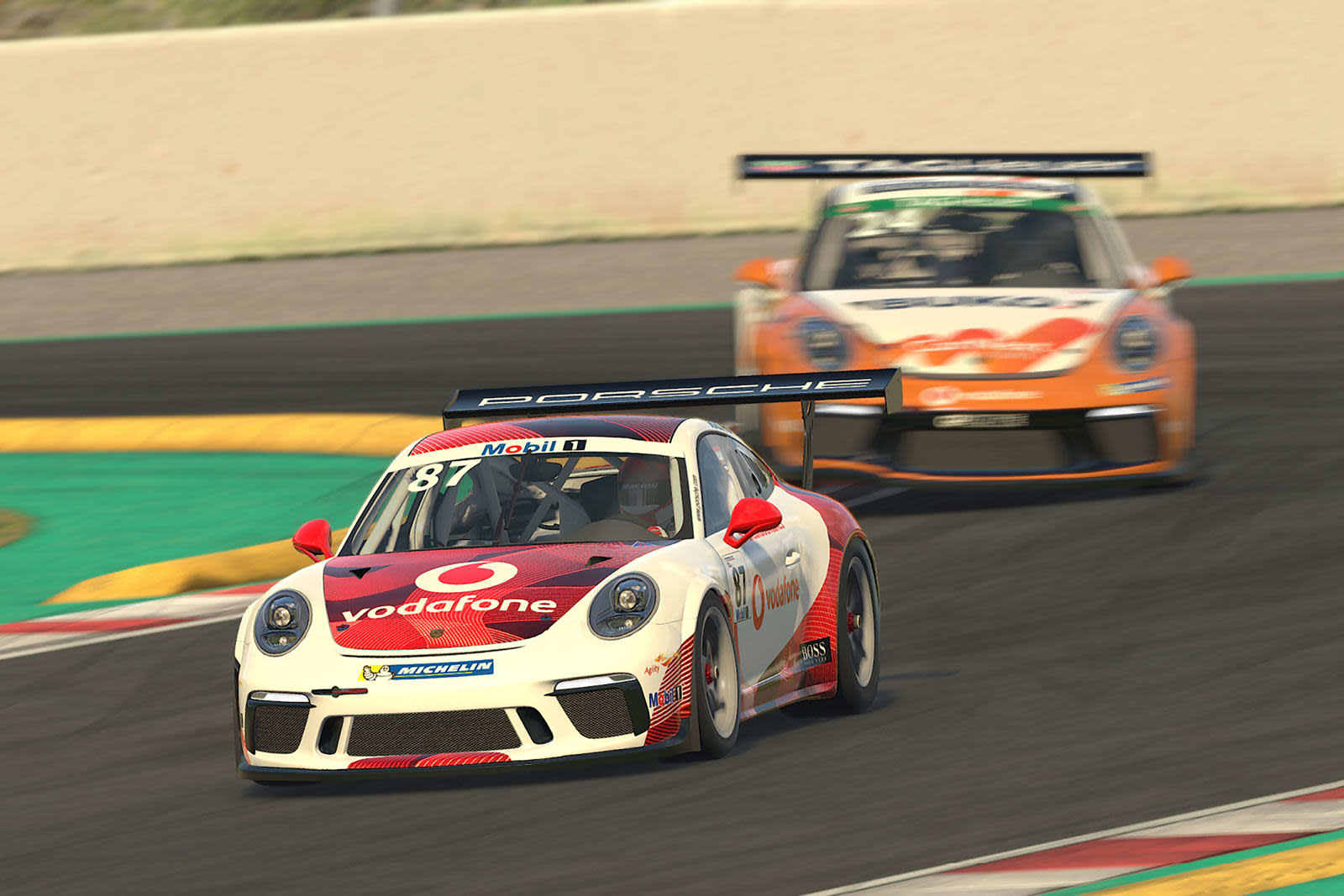 It's not just multi-manufacturer racing leagues like NASCAR going digital during the COVID-19 pandemic. Porsche is livestreaming its Mobil 1 Supercup Virtual Edition starting on April 4th at 10AM Eastern, when drivers take to a digital version of the Spanish Circuit de Barcelona-Catalunya for two races in 911 GT3 Cup cars. The iRacing-based series will have 31 drivers, 22 of which are full-time Supercup racers -- the nine others are factory and young professional drivers fielded by big-name sponsors like TAG Heuer and Vodafone.

Most of the world will have to watch the races online, although TV networks like Germany's Sport1 and the Netherlands' Ziggo Sport will also cover the competition. The simulated Supercup will have three more events on April 18th (Silverstone), April 25th (Spa-Francorchamps) and May 16th (Monza).

As with other leagues, Porsche really doesn't have much choice during the outbreak -- it's either this or cancel all its scheduled racing. The question is whether or not viewers will take to this the way they have other races in a similar position. If the virtual Supercup is reasonably successful, it might encourage Porsche to devote more attention to esports even once it's safe for real cars to hit the track.

In this article: av, coronavirus, covid-19, esports, gaming, gear, internet, iracing, mobil 1 supercup virtual edition, motorsports, personal computing, personalcomputing, porsche, racing, sports
All products recommended by Engadget are selected by our editorial team, independent of our parent company. Some of our stories include affiliate links. If you buy something through one of these links, we may earn an affiliate commission.