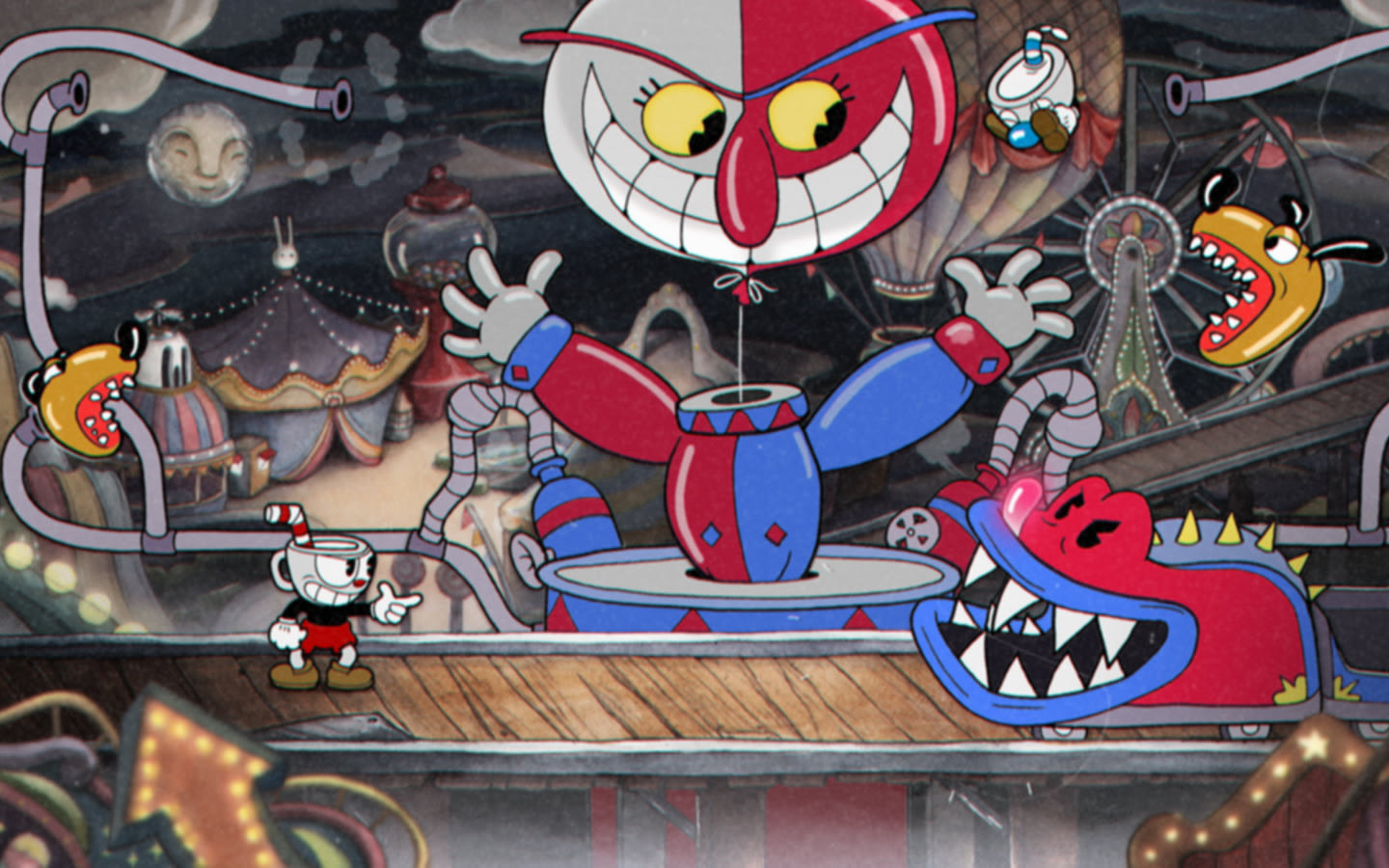 Cuphead fans loyal to PlayStation 4 have something to celebrate. The beautiful, yet challenging, indie run and gun game arrived on the console today. Studio MDHR, which hadn’t previously announced the release, partnered with Toronto-based studio Stop Motion Department to create a new stop-motion trailer.

Studio MDHR first created the animated game as an Xbox One exclusive in 2017. It’s on our list of best Xbox One games, and it has since made its way to PC and Switch. It has its own Snapchat filter. You can play the game in your Tesla, and it inspired a Netflix series. So it’s not entirely surprising that it’s now available on PS4. That said, its arrival is still exciting.

Cuphead is inspired by arcade titles of the 80s and 90s, but its visual inspiration comes from classic animated movies and cartoon shorts of the 1930s. All 50,000 frames of animation were drawn on paper and inked by hand, and each level’s background is a watercolor painting. The game’s soundtrack is made of over three hours of orchestral, big band jazz music recorded live. The only thing that matches the attention to detail and authenticity is the game’s difficulty, which we’ve described as “tough-as-nails gameplay.”

Like the game, the trailer released today holds true to the 1930s style. Stop Motion Department used many of the same techniques as animators of the era, including using wooden heads, leather hands and primary shapes common in children’s toys from the 1930s. The trailer was animated without computer programs and shots were used as-is, without corrective editing. Stop Motion Department used drawn-out charts and metal gauges to record the position of each puppet and filmed the trailer using “C Mount” lenses from the 1930s.

“The whole process was designed top to bottom to feel like the cheery, slightly creepy films and toy advertisements of the 1930s, and we couldn’t be happier with how it turned out,” Studio MDHR co-director Chad Moldenhauer said in a blog post.

Regardless of where you play the game, the trailer is a delightful addition to the Cuphead world.

In this article: ps4, playstation 4, sony, studio mdhr, cuphead, stop motion department, trailer, animated, game, news, gaming
All products recommended by Engadget are selected by our editorial team, independent of our parent company. Some of our stories include affiliate links. If you buy something through one of these links, we may earn an affiliate commission.