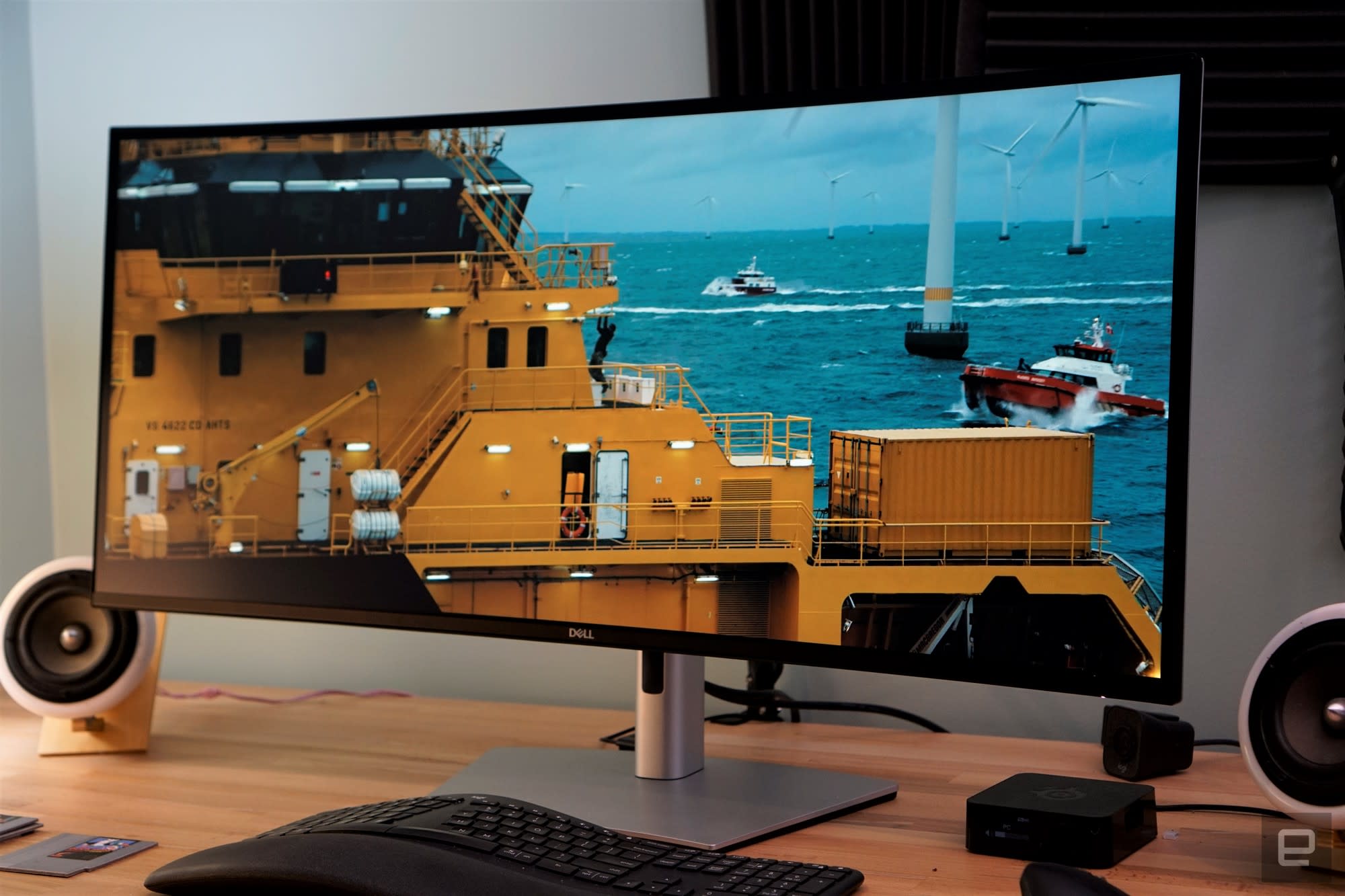 The Morning After: Your work-from-home setup needs a 40-inch upgrade

And Intel explains more about its 11th-gen desktop CPUs.

I’m sure some of you are sick of working from home, hunched over tiny laptops. It’s definitely a smart time to upgrade your work PC setup. Engadget already covered standing desks and our favorite WFH upgrades a while ago, but I’ve long had my eyes on an ultrawide monitor; something I could effortlessly combine Slack, web-browsing and more on while writing my words for this very site.

The UltraSharp 40 has enough ports for serious work, including DisplayPort 1.4, two HDMI 2.0 ports, and a Thunderbolt 3 USB-C connection with power delivery for laptops. There’s also five USB Type A connections, a 3.5 millimeter audio jack and Ethernet. In a lot of ways, it’s a PC hub with a screen, in a lot of ways... Just one that costs $2,100 (or $1,680 if you manage to find it on sale). Read on for Devindra’s full review.

The teenage hacker who authorities accused of being the mastermind behind the infamous Twitter Bitcoin hack last year, has pleaded guilty to all 30 of the charges he faced. As part of the deal, he agreed to serve a three-year prison sentence at a juvenile facility. As he was 17 years old at the time of arrest, he was classified as a "youthful offender" under Florida law, which meant he avoided the minimum 10-year sentence that adults would have been handed.
Continue reading.

Elon Musk tweeted that SN11 is ‘almost ready to fly.’

Before things went boom on the landing pad, SpaceX’s last high-altitude flight test was pretty incredible. Now the company has released a high-quality video that ends just after its vehicle touches down in one piece.
Continue reading.

Uber will reclassify drivers in the UK as workers

Starting today, Uber will classify all of its UK-based drivers as workers. While not full employees of the company, more than 70,000 drivers will now have access to benefits like a minimum wage, holiday pay and a pension. In a filing with the SEC, Uber said it would enroll eligible drivers in a plan where the company will contribute approximately three percent of their pay toward their pension. It will also provide all drivers with paid holiday time at a rate of 12.07 percent of their earnings.
Continue reading.

Intel's 11th-gen desktop CPUs could win gamers back from AMD

This year’s flagship CPU is 14 percent faster while running ‘Flight Simulator’ in 1080p.

Intel has finally given us more information about its next family of desktop CPUs, codenamed Rocket Lake S. The fastest offering will be the Core i9-11900K, an 8-core chip that reaches up to 5.3GHz on a single core. Notably, that's two fewer cores than last year's 10900K. Devindra Hardawar explains what performance Intel has been able to wring out of its aging 14nm process, and how that compares to the competition from AMD for gamers and professionals.
Continue reading.

Fender's hybrid Acoustasonic guitar is more than an experiment

This high-tech blend of acoustic and electric is unique and expensive.

We’ve been playing Fender’s next-gen Acoustasonic guitar, which attempts to offer acoustic sounds in a very electric-looking package. And what a premium package it is, with an ocean turquoise finish and solid materials. Managing Editor Terrence O’Brien gets musical again, and he’s almost won over. Oh, and it’s $2,000.
Continue reading.

The first D&D game published by Wizards of the Coast.

While there have been plenty of games that dance around the themes and gameplay dynamics of Dungeons and Dragons, its creators, Wizards of the Coast, have never published a video game. The company will, though, this June, with Dark Alliance launching on Xbox One, Xbox Series X/S, PlayStation 4, PS5 and Steam. It will offer free upgrades from PS4 and Xbox One to new-generation consoles, too. Each of the four characters on offer (fighter, rogue, barbarian and ranger) has its own playstyle and custom abilities, and you'll unlock more skills and better gear as you progress. And, in true D&D style, you can play co-op with up to three of your friends.
Continue reading.

Corsair's new 60-percent keyboard is a rare and overpriced misstep

Xbox tests a 'suspend my game' button to speed up downloads

Microsoft releases a one-click patch for its critical Exchange flaw