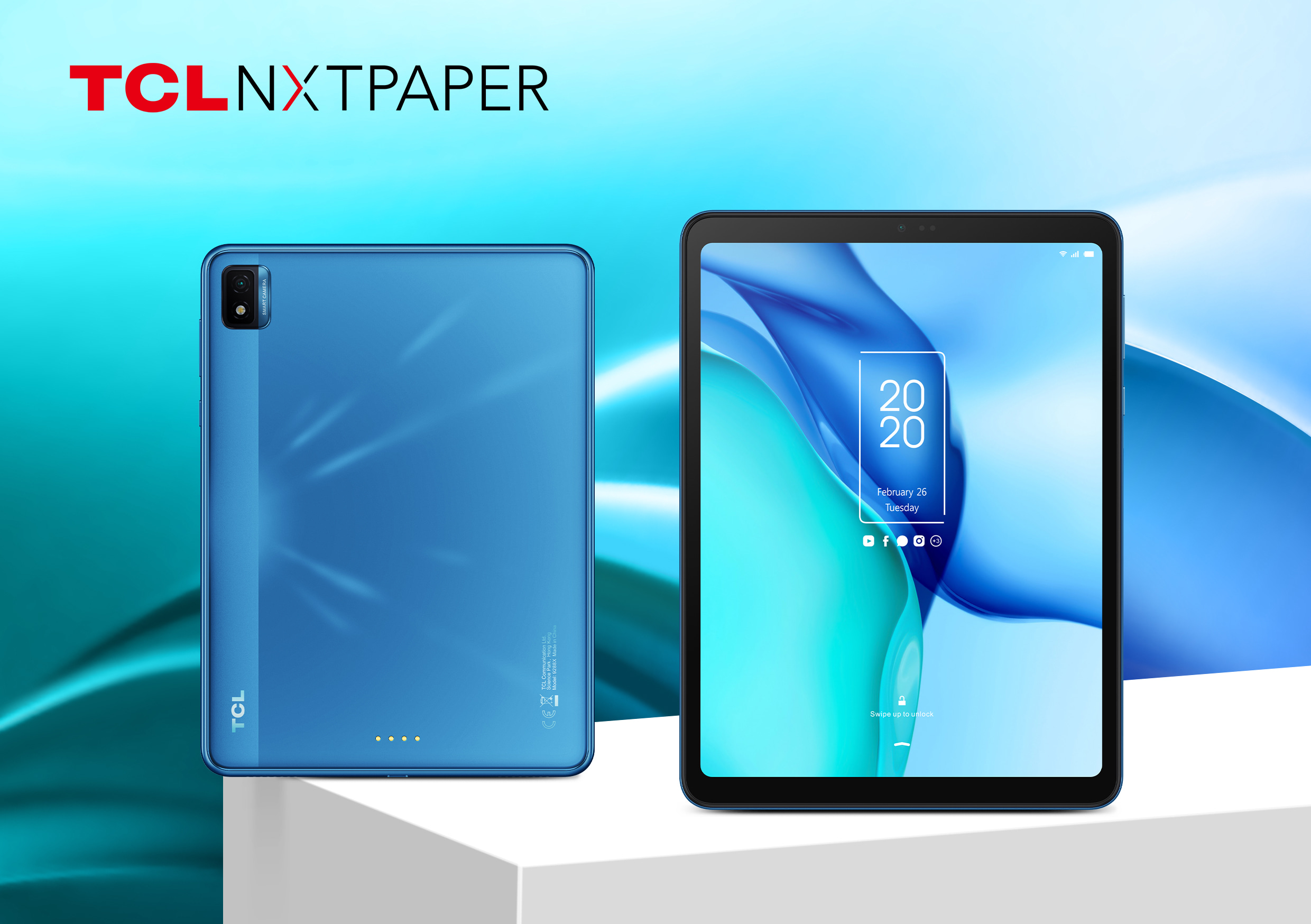 Last year, TCL announced its intriguing NXTPAPER technology that was not only a full color paper-like display, but was also capable of playing video at relatively high frame rates. Back then, the company didn’t have anything to share on an actual product you could buy using this tech. Now, at CES 2021, it’s finally ready to unveil the creatively named TCL NXTPAPER — an 8.88-inch Android tablet with the new screen.

The panel is basically a low-power reflective LCD that the company said “reuses natural light,” doing away with backlighting. TCL said it’s 36 percent thinner than typical LCDs while offering higher contrast and 65 percent better power efficiency. The company also said the screen has no flicker or “harmful blue light.” The tablet itself weighs 310 grams, which is lighter than the Amazon Fire HD 8 (363 grams) and the 2019 Galaxy Tab A 8-inch (320 grams).

TCL said you can think of this as basically an LCD screen with its brightness setting tuned very low. In well lit conditions, you’ll be able to see things on the display easily as light gets reflected to your eyes. When it’s dark, you can still use the NXTPAPER tablet, as long as you have a light source like a bedside lamp or the reading bulb above an airplane seat. TCL includes a clip-on lamp with the tablet so you can still use the device at night.

Though we weren’t able to check this tech out in person, TCL did show Engadget the device over a video call. I was most curious about the video playback quality and the company’s spokesperson pulled up a game startup animation which did look as smooth as I’m used to. NXTPAPER can play videos at 30 frames per second, with the company saying that 60 fps might be possible in the future. Considering that it’s basically an LCD, these frame rates aren’t that surprising, but they’re better than the typical refresh rates of most E-Ink displays.

Aside from the low-power screen technology, the NXTPAPER is a pretty standard Android tablet. It has a 1,440 x 1,080 resolution and runs Android 10 using a Mediatek MT8768e processor. It comes with 4GB of RAM, 64GB of storage and support for microSD cards up to 256GB. You can also get LTE connectivity and headphone jack fans will be happy to know there’s one here. With the screen’s promised power savings, TCL said you can expect “over a full day’s” juice out of the 5,500mAh battery.

If you’ve been looking for a color e-reader that is easy on the eyes and can still function as an Android tablet for games and video playback, the NXTPAPER might be worth considering. It will be available in Europe, the Middle East, Africa, Latin America and Asia Pacific for €349 in April.

TCL also announced a new ten-inch tablet called the Tab 10S that has a big 8,000mAh battery and POGO pin connectivity. Its 10.1-inch screen uses typical LCD technology but also offers eye-safety features like no blue light or flicker. The device will also warn you when you’re holding it too close to your face. A Wi-Fi version will be available in March in the same regions mentioned above for €199, while the LTE model will cost €249. Meanwhile, the company also promised it will launch its first 5G tablet this year, but had no further details to share on that.

In this article: ces2021, tablets, tcl, tcl nxtpaper, android, tablet, android 10, gear
All products recommended by Engadget are selected by our editorial team, independent of our parent company. Some of our stories include affiliate links. If you buy something through one of these links, we may earn an affiliate commission.