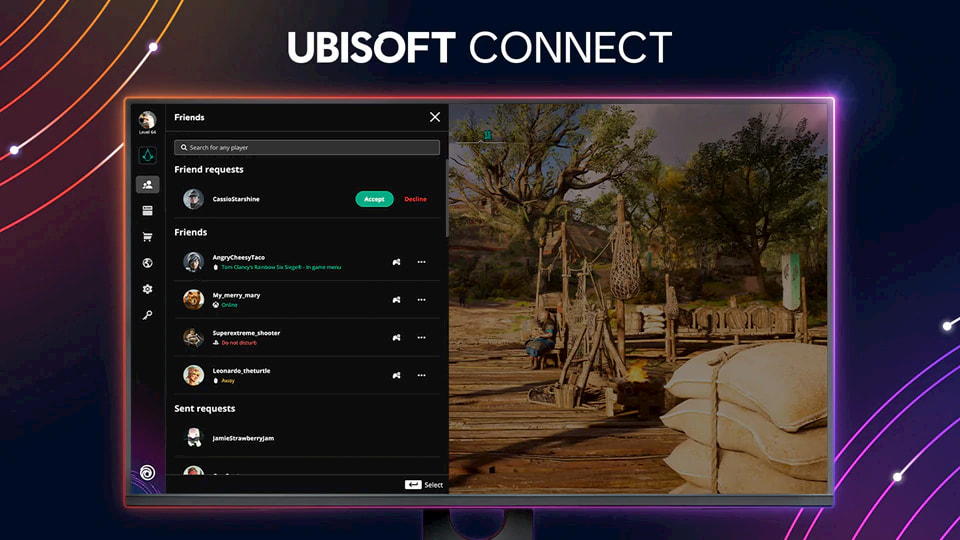 Ubisoft is merging Uplay and Ubisoft Club into a single hub for “in-game services, activities and communities.” Ubisoft Connect, as it’s called, is an evolution of those services and it works across multiple platforms. It’ll debut on October 29th, the same day Watch Dogs: Legion comes out.

As part of the shift, Ubisoft is doubling down on cross-platform progression and cross-play. The progress you make in games like Assassin’s Creed Valhalla, Immortals Fenyx Rising and Riders Republic can carry over from one platform to another. You’ll just need to link your Ubisoft account to those platforms.

Cross-progression, which is already enabled in Hyper Scape, could prove especially useful if Ubisoft brings its Uplay+ subscription service to consoles. That way, you wouldn’t have to buy the same game on multiple platforms to take full advantage of it.

Ubisoft plans to enable cross-platform progression on most of its games in the future. The same goes for cross-play in its multiplayer titles.

There’s more to Ubisoft Connect than cross-platform progression and cross-play, though. You’ll be able to take on challenges for rewards. You can check out what your friends have been up to in the newsfeed and see their achievements. The Smart Intel tool can offer tips and suggest videos based on what you’re doing in a game at the time — the PS5 interface has a similar feature.

On top of that, you can view your stats and see details about your playstyle. There’s also a leaderboard system, so you can see how you stack up against your friends. Ubisoft is marking the rollout of Connect by making more than 1,000 legacy Club in-game rewards free for everyone.

Ubisoft Connect will initially be available on PC, Xbox One, PS4 and Nintendo Switch. Xbox Series X/S and PlayStation 5 players will have access to it when those consoles arrive next month too. Ubisoft Connect will also hit Stadia, Nvidia GeForce Now and Amazon Luna later this year.

In this article: ubisoft, ubisoft connect, ubisoftconnect, cross-play, crossplay, cross-platform, crossplatform, cross-platform progression, crossplatformprogression, assassins creed valhalla, assassinscreedvalhalla, immortals fenix rising, immortalsfenixrising, riders republic, ridersrepublic, hyper scape, hyperscape, news, gaming
All products recommended by Engadget are selected by our editorial team, independent of our parent company. Some of our stories include affiliate links. If you buy something through one of these links, we may earn an affiliate commission.