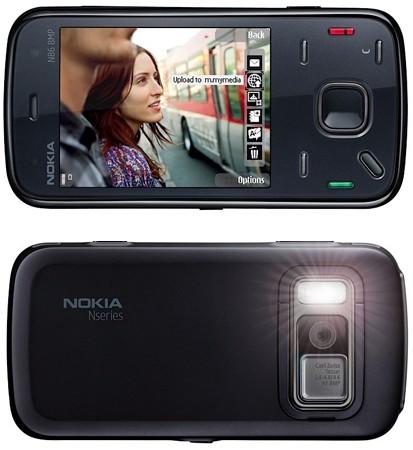 Just under two months. That's how long it took Nokia's N86 8MP to go from FCC to store shelves here in America, as the cats in Espoo have just announced to the world that the aforementioned cellphone is now shipping globally. In case you've forgotten, this 8 megapixel slider touts variable aperture, a mechanical shutter and automatic motion blur reduction, not to mention 8GB of internal memory and a microSD card slot. There's no official mention of price, and as of right now, the phone's not even listed on Nokia's American e-store; still, based on early estimates, we'd say you best break out the bank just in case.
In this article: n86, N86 8MP, N868mp, nokia, nokia n86, NokiaN86, now shipping, NowShipping, ovi, ovi share, ovi store, OviShare, OviStore, ship, shipping, ships, smartphone, symbian, symbian s60, SymbianS60
All products recommended by Engadget are selected by our editorial team, independent of our parent company. Some of our stories include affiliate links. If you buy something through one of these links, we may earn an affiliate commission.
Share
Tweet
Share