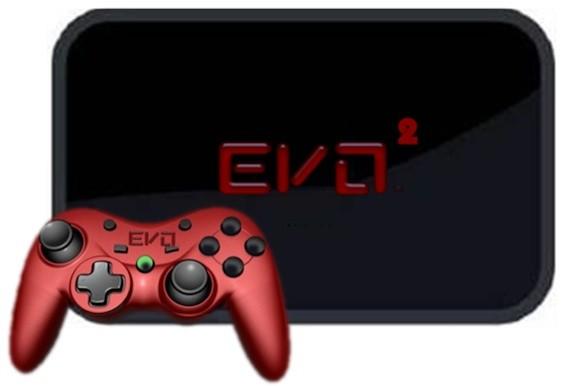 Remember the Linux-based EVO game console? We can certainly forgive you if you don't, but it did actually end up shipping, and "sold out" according to the company the behind it. Now that company, Envizions, is back for a second try with another big promise: an Android-based game console dubbed, naturally enough, the EVO 2. First announced earlier this year, the console is now supposedly set to hit the US sometime this fall and, to prove that it's not completely vaporware, Envizions is making EVO 2 developer units available today -- the unit is "free," although developers will have to pay an annual $149 software support fee.

As for the console itself, it will apparently pack an unspecified 1.2GHz Samsung processor, a "modified" Android 2.2 OS, and both a TV remote and game controller. Leaving no stone unturned, Envisions says it's also planning to add a motion sensor by the end of the year, and it even has its own points system in mind that will let you buy Android games with "EVO tokens." As for a price, you can expect to pay $249 when/if the console actually ships, and those willing to take a chance can reserve one right now for $15 at the link below.
Show full PR text
New Android EVO 2 Console Offer Gamers Premium Android Games Free

It's Your Social Connection, Your Media Storage Device, and Game App Console

ANNISTON, Ala./May 25, 2011 --- Today, the Envizions Computer Entertainment Corporation announced that its new Android-based game console EVO 2 will be available this fall in the U.S. with goals of an international release with availability in certain locations of Europe. EVO 2 earlier adopters can pre-order the system at http://store.envizionsinc.com from the Envizions online store.

EVO 2 is the first Android gaming console that will offer users real time gaming playlist and social friend connections. Gamers will also have the opportunity to earn points to purchase premium Android games free with EVO tokens. The system will ship equip with game cloud storage and Envizions new Qquip SMS blogging reward service. To ensure that the EVO 2 system surpasses expectations, Envizions plans to add motion 3D sensor capabilities toward the end of fourth quarter in 2011 and developers can start testing the software via website download in two weeks. EVO 2 will incorporate the core software components of Envizions' beta EVO Smart Console released in 2009.

EVO 2 is an open console and gamers can modify any part of the system. New updates and upgrades will be released periodically after the system launch.

Android developers can get the free EVO hardware SDK today from the Envizions store with a required annual $149 software support fee per unit. Developer fees and royalties are waived for the first 1000 developers."Game development for EVO 2 is cheaper for developers so they have the opportunity to create games on a platform that will increase their return on investment. Developers can also submit pre-existing Android games", stated Derrick Samuels the CEO and Founder of Envizions.

And last, the EVO 2 is the first crowd source and social participation console. Envizions will let customers participate in the design roadmap of the console by means of Twitter, FaceBook and the new EVO 2 website. The community can vote on the system's first launch location and the appearance of the console in terms of color, package design, and product image.
In this article: android, android-based, console, envizions, evo, evo 2, Evo2, game console, GameConsole
All products recommended by Engadget are selected by our editorial team, independent of our parent company. Some of our stories include affiliate links. If you buy something through one of these links, we may earn an affiliate commission.
Share
Tweet
Share