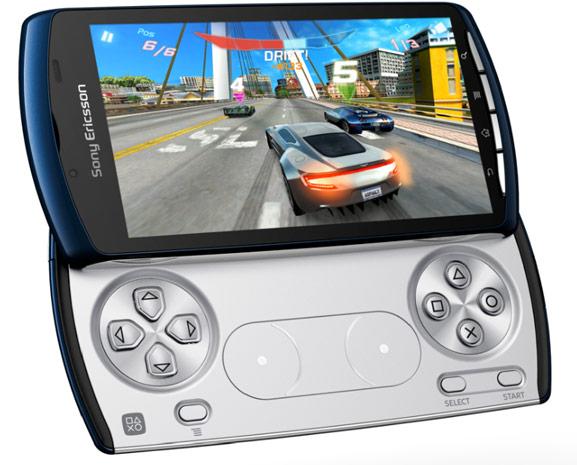 We knew good and well it was coming, and come it has. Sony Ericsson's Xperia Play has made the natural GSM shift in the States in order to grace Ma Bell's airwaves, and despite the "4G" naming convention, this fellow will be topping out at HSPA+. In other words, LTE lovers will need to look elsewhere. This marks the first launch of a PlayStation-certified smartphone for AT&T, and given that it's been around the block a time or two, the carrier is (smartly) pricing it at just $49.99 on a two-year contract -- a buck-fifty less than what it launched for on Verizon Wireless. As we'd heard, it'll ship with Android 2.3.3, a 1GHz CPU, Adreno 205 GPU, a 4-inch display (854 x 480) and will arrive in an exclusive 'stealth blue' hue. AT&T customers will also be blessed with a gratis Multimedia Dock (DK300) and MC100 music cable, not to mention seven pre-loaded games at no charge. Full details on that are hosted up after the break, and interested consumers can line up to grab their own on September 18th.

First PlayStation®-certified smartphone from AT&T available for $49.99 in AT&T stores and att.com

· The Xperia™ PLAY 4G, combining a PlayStation®-certified gaming device with the capabilities and portability of an Android smartphone, arrives in AT&T* stores, and online on September 18 for $49.99 with a two-year agreement.

· Running the Android 2.3.3 (Gingerbread) platform, the first PlayStation-certified smartphone in the world features a brilliant 4" 480 x 854 screen and stereo speakers.

Only AT&T customers can choose the 4G-capable Xperia PLAY, offered in an exclusive "stealth blue" color. The smartphone package is complete with bonus accessories including the Sony Ericsson Multimedia Dock DK300 and MC100 music cable. In addition to providing a convenient charging station, the DK300 converts the Xperia PLAY's screen to a large clock display, and the music cable lets you connect to external speakers.** The DK300 and music cable come in the Xperia PLAY box, only from AT&T.

In addition, the device is pre-loaded with seven games, some of which are exclusive, at no additional cost including:

AT&T customers will have access to more than 150 Xperia PLAY optimized games including Minecraft™ Pocket Edition, Battlefield: Bad Company™ 2 and Dead Space™ 2 for download and purchase through the "Get Games" recommender screen, easily accessible when you slide open the Xperia PLAY's game controller.

The Xperia PLAY 4G offers a gamer's wonderland by providing the on-the-go capabilities of an Android smartphone with the immersive entertainment appeal of a portable gaming device.

* Snapdragon chipset including a 1GHz CPU and Adreno 205 graphics processor (GPU)
* Runs on the Android 2.3.3 (Gingerbread) platform
* Sight and sound: 4" 480 x 854 screen, up to 60 frames per second graphics, stereo speakers
* Dual camera: 5MP rear and VGA forward-facing, with video recording and chat capabilities over Wi-Fi
* Hundreds of Xperia PLAY optimized games through Android Market or directly from the publishers
* Pre-loaded with seven Xperia PLAY optimized games from publishers such as Gameloft and EA.

Along with the great gaming and Android capabilities, the Xperia PLAY 4G from AT&T includes Facebook Inside Xperia, a suite of Facebook functions integrated into various applications, such as friends' birthdays in the phonebook, a "like" button in the music player, photo tags in the media gallery, and YouTube video recommendations from friends.

The Xperia PLAY 4G arrives in AT&T stores and online on Sept. 18 and will be available for $49.99 after a two-year contract with minimum data plan.

"Gamers and smartphone fans alike will delight in the Xperia PLAY 4G's instant access to gaming and entertainment," said Jeff Bradley, senior vice president, Devices, AT&T Mobility and Consumer Markets. "We're excited to offer a device that allows consumers to have fun while still staying on top of everything in their life."

"Our fans on AT&T have been asking for Xperia PLAY and now we're giving them everything they need in a smartphone with what they really want – an immersive gaming experience on AT&T's 4G Network," said Peter Farmer, Head of Marketing for North America, Sony Ericsson. "In addition to a constantly growing list of games exclusive to and optimized for Xperia PLAY, we know AT&T customers are really going to enjoy the uniquely Sony Ericsson social experience, including Timescape and Facebook Inside."
In this article: 4g, android, att, breaking news, hspa plus, hspa+, HspaPlus, mobilepostcross, official, on sale, OnSale, play, playstation, se, ship, ship date, ShipDate, smartphone, sony, sony ericsson, SonyEricsson, xperia, xperia play, Xperia Play 4G, XperiaPlay, XperiaPlay4g
All products recommended by Engadget are selected by our editorial team, independent of our parent company. Some of our stories include affiliate links. If you buy something through one of these links, we may earn an affiliate commission.
Share
Tweet
Share