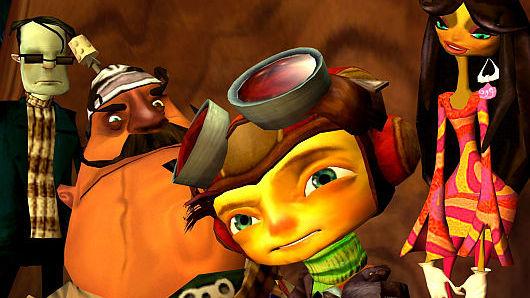 Ever since Double Fine snagged publishing rights for Psychonauts back in 2011, we've all hoped the studio would work on a sequel. Actually, no past tense about it -- we still hope Double Fine cranks out a sequel. And when Markus Persson (Notch) of Minecraft fame expressed interest in funding a sequel, we thought it was a dream come true.

Then Double Fine went ahead and set records on Kickstarter as the developer sought funding for a new adventure game. Suddenly, Psychonauts 2 was on the backburner. But Notch hasn't forgotten about it, much as we haven't, and published a missive today with some more information. Spoiler alert: it's a much more difficult undertaking than we initially thought.

"The budget for doing a Psychonauts 2 is three times higher than my initial impression," Notch wrote on his blog. "I have NO idea if this is actually going to happen." He went on to say that he is still interested in doing it (and still believes it would be a profitable venture), but posits that Double Fine could simply go through Kickstarter again to fund the sequel, considering how crazy successful the company's first campaign currently is. Today it was revealed the Double Fine adventure game would launch on PC, Mac, Linux, iOS and Android devices.

"All I know is that IF the numbers work out and IF they still want to do it and IF they don't decide to self fund a sequel by doing more crowd funding (which is honestly what I would've done if I were them), I would be most interested in doing this type of investment." We hope it all works out, but be patient, fellow interested parties: if it happens, it's not going to be for a good long while.
In this article: double-fine, Markus-Persson, mojang, notch, Psychonauts, psychonauts-2
All products recommended by Engadget are selected by our editorial team, independent of our parent company. Some of our stories include affiliate links. If you buy something through one of these links, we may earn an affiliate commission.
Share
Tweet
Share