THQ Nordic is the Frankenstein monster of video games

38 Studios' 'Kingdoms of Amalur' finds a second life at THQ

How the 38 Studios scandal shaped 'Life is Strange: Before the Storm'

Curt Schilling to repay a fraction of $75 million game loan 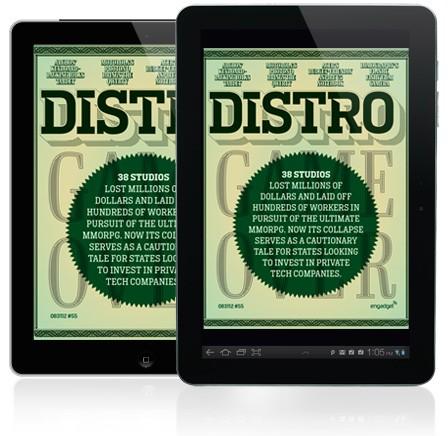 In 2004, Curt Schilling and a badly injured ankle led the Red Sox to their first World Series championship in 86 years. That's right, he was the ace that helped break the "Curse of the Bambino" from the mound. Fast forward to 2010, where Schilling had hung up his cleats and lobbied for Rhode Island officials to give his video game outfit, 38 Studios, a $75 million loan guarantee. Just two years later, the studio filed for Chapter 7, leaving the state's taxpayers holding the tab. In this week's issue, Jason Hidalgo takes a look at what went down in New England and examines the risk of public funds being used to support private tech companies. We had folks on the ground in Berlin to monitor the happenings at IFA this week and a few notable gadgets from said event occupy "Hands-on". As far as full-on reviews go, we put the Archos 101 XS, Motorola Photon Q 4G LTE and Acer Aspire V5 through their paces. "Forum" is chock full of even more reads, eSports commentator John Sargent stops by for the Q&A, "Time Machines" kicks it old school and "Eyes-on" takes on 35mm, retro-style photography. The week is over, so hit the link that you fancy the most to grab your copy and let the relaxation begin.

In this article: 38 Studios, 38Studios, 55, comic, distro, editorial, engadget, engadget comic, engadget distro, EngadgetComic, EngadgetDistro, eyes on, eyes-on, EyesOn, hands on, hands-on, HandsOn, hdpostcross, IRL, issue 55, Issue55, joystiq, mobilepostcross, Switched On, SwitchedOn, this is the modem world, ThisIsTheModemWorld
All products recommended by Engadget are selected by our editorial team, independent of our parent company. Some of our stories include affiliate links. If you buy something through one of these links, we may earn an affiliate commission.
Share
Tweet
Share