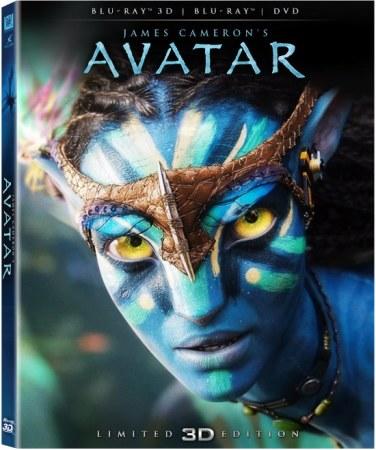 We've pretty much exhausted the high profile fall premieres for now, but there still presidential debates and baseball playoff action to be had. Also, while we have not moved so far in the future that we've reached the date Marty McFly went to in Back to the Future Part II (that's in 2015, perhaps by then people will stop reposting photoshopped images), we have reached the data Avatar is available at retail on Blu-ray 3D. Look below for the highlights this week, followed after the break by our weekly listing of what to look out for in TV, Blu-ray and videogames.

Avatar (3D)
It's taken a couple of years, but Avatar is finally widely available on Blu-ray 3D after being tied up as a Panasonic pack-in exclusive. The bad news? It's not the Extended Collector's Edition, so if you want 3D and extras your wait may continue. Otherwise, James Cameron's special effects should be enough to thrill the eyes of anyone that snagged a 3DTV in the last few years and is looking for a good demo disc.
($24.99 on Amazon)

MLB Playoffs
We have reached the league championship series and, assuming both series need some extra games, should be in for excellent baseball all week. The Yankees have lost Derek Jeter for the postseason, but are by no means done... unless their bats stay as cold as they've been. In the National League the Giants and the Cardinals are duking it out, we'll see if the 2-3-2 home field format plays into the outcome for either team, after the Giants took three on the road in the last round.

NBA Preseason
It's finally time for hoops again, and after some overseas exhibitions you can watch NBA teams work their way back into shape as they take each other on this week. If you're a basketball fan you probably love TNT's Thursday night broadcasts, and the first preseason one features the Celtics and the Nets at 8PM.

In this article: avatar, blu-ray 3d, Blu-ray3d, hdpostcross, hdpostmini, listings, minipost, must see hdtv, MustSeeHdtv, video
All products recommended by Engadget are selected by our editorial team, independent of our parent company. Some of our stories include affiliate links. If you buy something through one of these links, we may earn an affiliate commission.