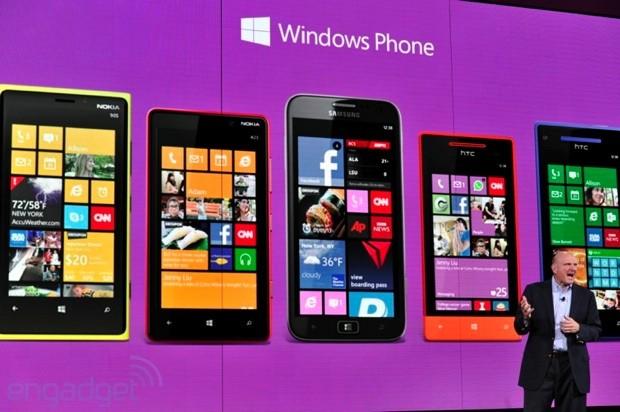 It's no secret that Windows Phone sales have been in the doldrums for much of the platform's existence. If we believe Microsoft chief Steve Ballmer's talk at the annual company shareholder meeting, however, the mobile OS has turned a corner. He tells investors that Windows Phone sales are about four times what they were at the same point last year, and that demand has been strong enough for initial sellouts in "many countries;" that may be an allusion to reported Lumia 920 shortages in Germany and Nokia's native Finland, among other regions. Ballmer is quick to point to more competitive hardware as triggering the sales spike. The news is certainly positive on the whole, although we'd warn that Microsoft is pulling an Amazon -- that is, declining to offer the shipment numbers that would give its grandiose claims some context. It's easy to tout record growth when you're starting from a small point, so we'll refrain from calling Windows Phone the Comeback Kid until market share estimates show otherwise.

In this article: lumia920, microsoft, mobilepostcross, nokia, ShareholderMeeting, smartphone, steveballmer, windowsphone, windowsphone8
All products recommended by Engadget are selected by our editorial team, independent of our parent company. Some of our stories include affiliate links. If you buy something through one of these links, we may earn an affiliate commission.