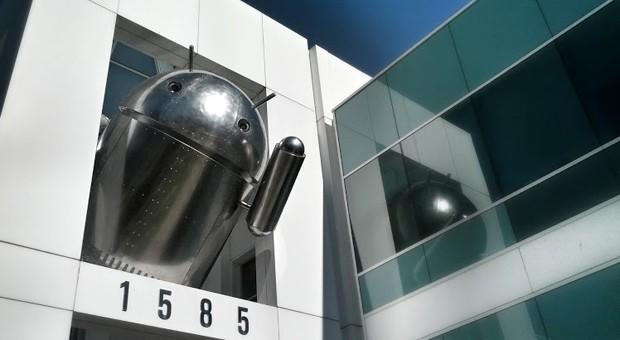 When Google staffer Paul Wilcox started throwing pebbles at his girlfriend's office window, he never expected to be confronted by an angry giant Android made out of chrome. But crazy things happen at Mountain View all the time and Wilcox was quick to recover his composure.

"What have you done with my girlfriend?" he cried. And then, "why, of all things, are you made out of chrome?!"

In this article: android, browser, chrome, google, mountain view, MountainView, statue
All products recommended by Engadget are selected by our editorial team, independent of our parent company. Some of our stories include affiliate links. If you buy something through one of these links, we may earn an affiliate commission.