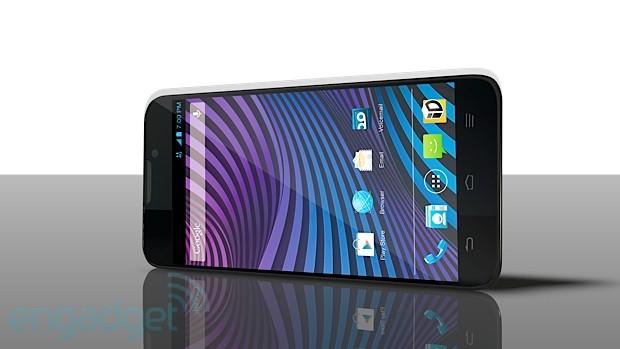 Looks like Sprint really is prepping a 5-inch Android flagship of its own: the Vital. Thanks to an anonymous source, Engadget's received a motherlode of details on the upcoming, white-labeled device, giving us a glimpse at everything from renders to a slickly produced promo video. Based on the information at hand, the ZTE-made Vital should rep an HD display (resolution unspecified) of the 5-inch variety, an unnamed dual-core processor clocked at 1.5GHz and paired with 1GB RAM, 13-megapixel rear camera, 8GB of internal storage (expandable via microSD), NFC and a healthy 2,500mAh battery. As you can see from the image above, the Vital will also be running what appears to be an unskinned version of Android Jelly Bean -- version 4.1, according to the documents -- and will run on Sprint's 4G LTE network. We're not so sure the Vital's going to sway consumer interest away from its more bold-faced rivals (i.e., HTC One and Samsung Galaxy S 4). But competition's always a good thing and if Sprint can price this one right, it might even have a fighting chance. Hit the break for the promo video. 9
In this article: 13Megapixel, 4GLTE, 5-inch, Android, AndroidJellybean, dualcore, HD, mobilepostcross, sprint, Sprint Vital, SprintVital, video, Vital, ZTE, ZTE Vital, ZteVital
All products recommended by Engadget are selected by our editorial team, independent of our parent company. Some of our stories include affiliate links. If you buy something through one of these links, we may earn an affiliate commission.