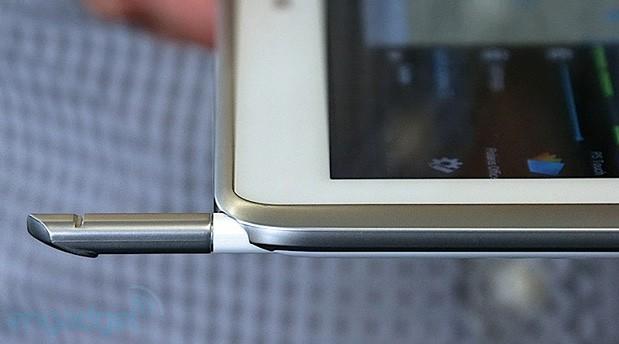 Samsung already has tablets on the market bearing almost any display size that might interest you. If a tweet from @evleaks is to be believed, Sammy has yet more slates in the pipeline, including its biggest one yet. Allegedly, the unannounced SM-P900 tablet carries a 12.2-inch, 2,560 x 1,600 screen (same res as the Nexus 10), an Exynos 5 Octa heart, and an S-Pen that would make it part of the Note family. Another device, known as the SM-P600, is said to cram that same resolution into a 10-inch display, and switches Samsung's chip for a Snapdragon 800. We'd be more willing to buy the rumor if there were pics to back it up, but it's rare for the source to be completely off the mark. Could we see these new tablets at IFA alongside a trio of Galaxy Note III models? Join us in a little under a month for the Samsung edition of Mythbusters.

In this article: evleaks, Exynos5Octa, leak, rumor, samsung, SM-P600, SM-P900, snapdragon800, tablet, tablets
All products recommended by Engadget are selected by our editorial team, independent of our parent company. Some of our stories include affiliate links. If you buy something through one of these links, we may earn an affiliate commission.