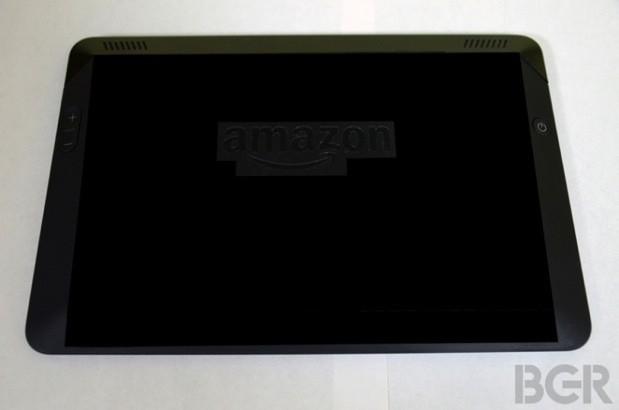 According to the folks at BGR, you're looking at Amazon's next iteration of the Kindle Fire HD. While it isn't the first we've heard of the forthcoming tablet, it is the first we've seen, should these pictures prove to be authentic. There are a few obvious design changes, including the angular (and somewhat chunky) shape and the relocated power and volume buttons, which are now situated on the back of the device. BGR has only provided photos of the 7-inch version, but it wouldn't be out of the realm of possibility to expect something similar from the anticipated 8.9-inch model. If the benchmarks we came across last month are any indication, we can expect -- at least on the larger tablet -- a Snapdragon 800 SoC, Adreno 330 GPU and an improved display (2,560 x 1,600 for the 8.9-inch screen). To see more photos, head on over to the source link below.

In this article: amazon, kindle, kindlefire, kindlefirehd, KindleFireHd7, leak, photos, tablet
All products recommended by Engadget are selected by our editorial team, independent of our parent company. Some of our stories include affiliate links. If you buy something through one of these links, we may earn an affiliate commission.