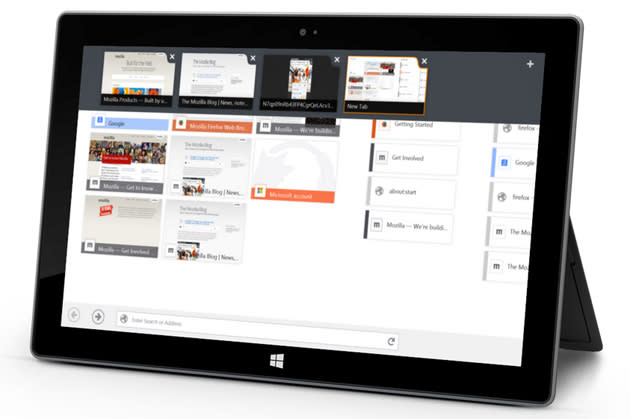 We hope you weren't eagerly anticipating a finished release of Firefox for Windows 8 -- despite releasing a beta of the browser just last month, Mozilla has cancelled the project. There just aren't enough testers using the new interface to justify shipping a completed version, the developer says. It's concerned that the missing feedback could lead to a buggy release that requires too much repair work. Pre-release code will still be available, and Mozilla isn't ruling out a change of heart in the future. For now, though, Windows 8 users will have to switch to a rival like Chrome if they want a touch-friendly alternative to Internet Explorer.

In this article: browser, firefox, internet, mozilla, software, web, windows, windows8
All products recommended by Engadget are selected by our editorial team, independent of our parent company. Some of our stories include affiliate links. If you buy something through one of these links, we may earn an affiliate commission.