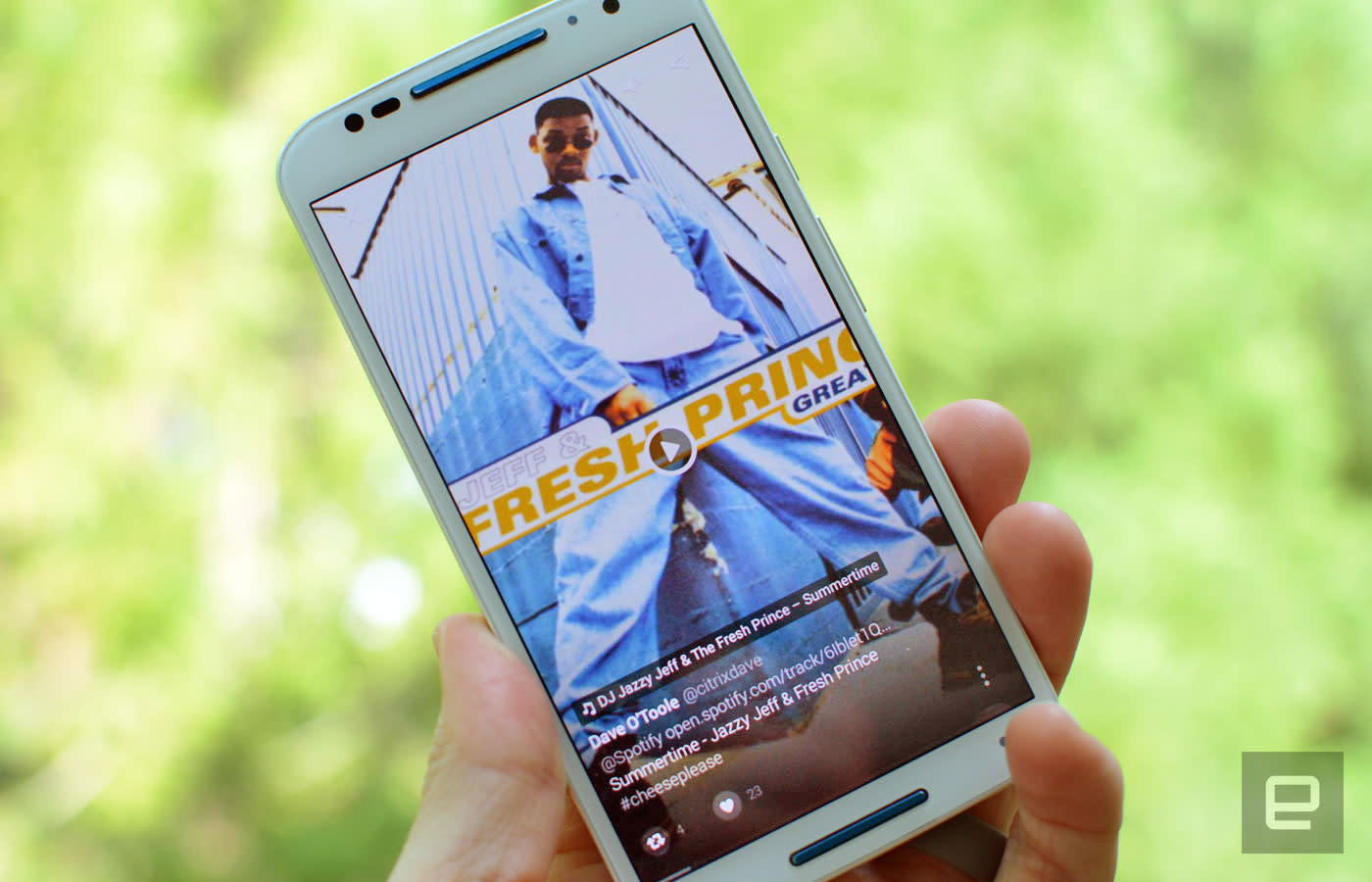 When Twitter first announced Audio Cards that would put songs in your social feed, SoundCloud was the music service of choice at launch. After the feature has been available for well over a year, Spotify tracks will now show up in a similar fashion. Any tweet that contains a link to a song from the streaming service will offer a 30-second preview in your timeline. Spotify clips will also appear in that curated Moments feed, which is how the company broke the news today.

Now that Spotify has amassed 30 million paying users and over 75 million folks are listening for free, it makes sense for the Twitter feature to tap into that audience. As you might expect, these cards will show up in the social network's website in addition to its Android and iOS apps. Although most tracks should display as cards now, Twitter says the full rollout should be complete in about a week.

You'll want the volume up for this #SummertimeSoundtrack. Tweets with @Spotify tracks now play in your timeline! 🎧https://t.co/93avzwiQbs

In this article: audiocard, av, entertainment, moments, music, services, spotify, twitter, twittermoments
All products recommended by Engadget are selected by our editorial team, independent of our parent company. Some of our stories include affiliate links. If you buy something through one of these links, we may earn an affiliate commission.