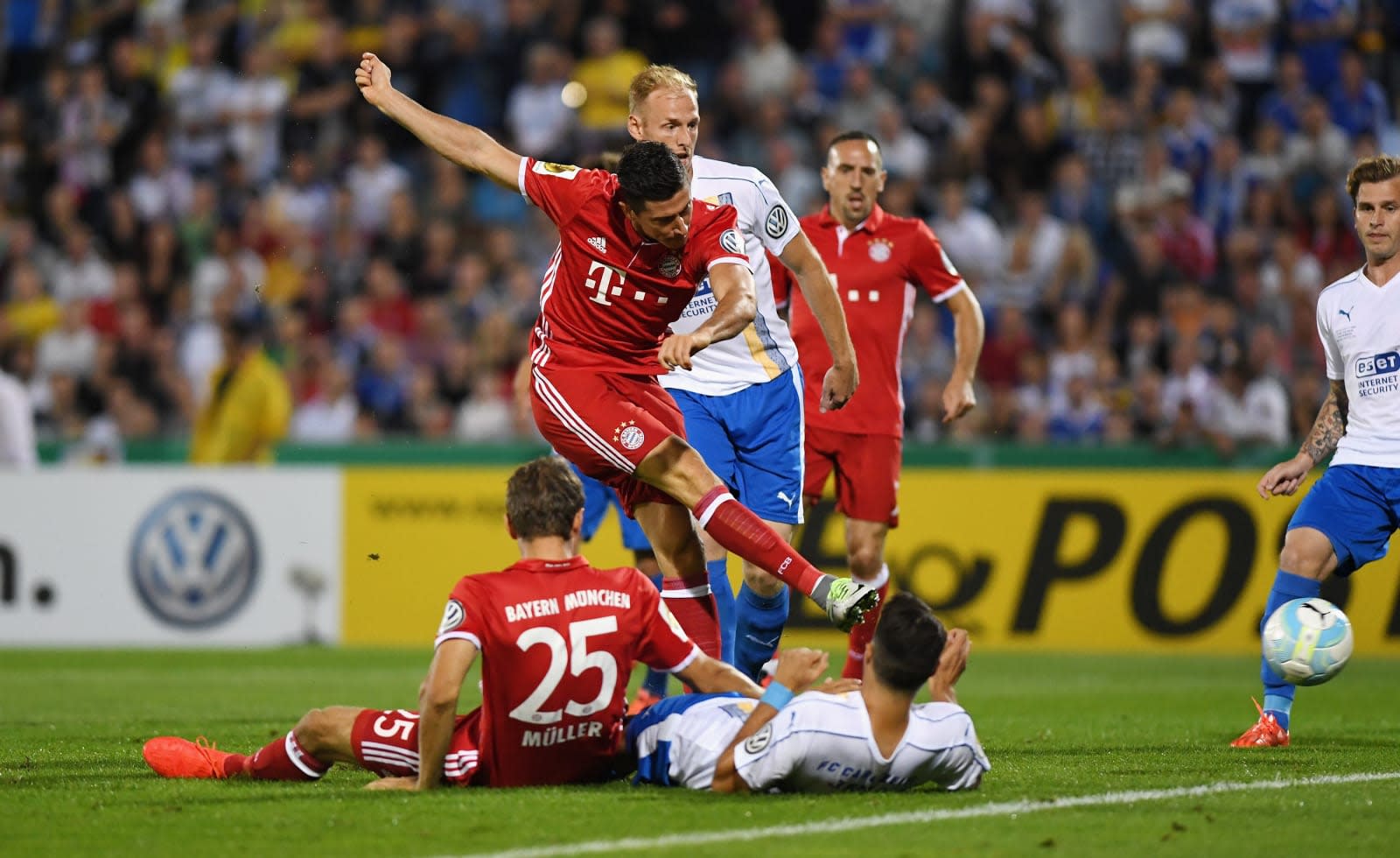 Fox Sports and NextVR are at it again. The two have paired up for live sports broadcasts in VR before and now they're bringing those immersive views to the pitch in Munich. This weekend marks the beginning of the Bundesliga soccer season in Germany, so what better way to celebrate the kickoff than with a virtual reality live stream. Friday's matchup between defending league champions Bayern Munich and Werder Bremen will be available in VR for owners of Samsung's Gear VR headset. What's more, this is the first time Bundesliga action has been available in virtual reality.

So far, Fox and NextVR have collaborated on four virtual reality broadcasts. The first was Premier Boxing Champions (PBC) coverage back in January and the two companies followed that up with VR footage of both the Daytona 500 and Big East college basketball tournament. Fox owns the rights to Bundesliga broadcasts in the US, so if it were going to showcase a regular-season match, the German league is the one to cover. Game time is 2:30PM ET this Friday, so when the time comes fire up the NextVR app on the Gear VR and the match will be available via the Fox Sports portal free of charge.

In this article: 360video, av, bundesliga, entertainment, fox, gearvr, nextvr, soccer, sports, tv, vr
All products recommended by Engadget are selected by our editorial team, independent of our parent company. Some of our stories include affiliate links. If you buy something through one of these links, we may earn an affiliate commission.