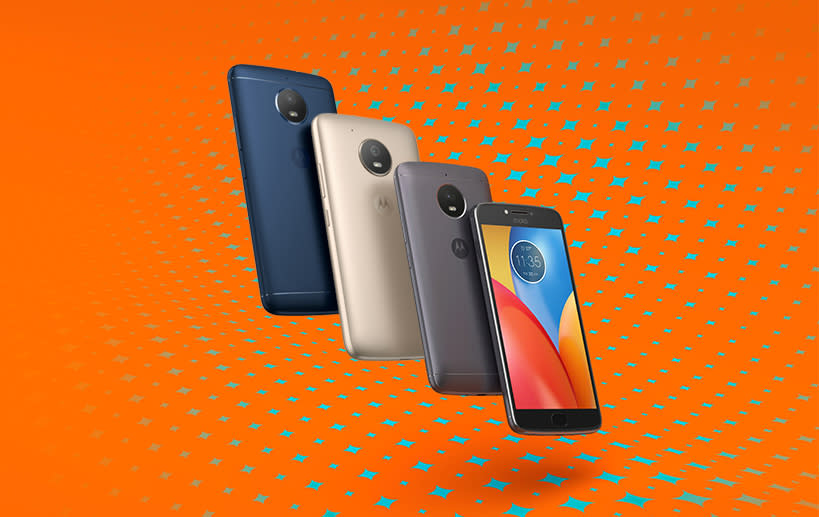 Slowly but surely, Lenovo's Motorola is updating all of its major smartphone lines. We got the refreshed Moto Gs while traipsing around at MWC, the Moto Z2 Play just recently broke cover, and now we have a new pair of low-cost Moto E4s to consider.

For those on a tight budget, the regular Moto E4 may do the trick -- it packs either a Qualcomm Snapdragon 425 or 427 chipset, 2GB of RAM, 16GB of storage and a 5-inch, 720p display. You'll find an 8-megapixel camera around back, and, deeper inside, a relatively capacious 2,800mAh battery. That's not a bad package for $130/£129, especially when you consider two more things: it's going to ship with Android 7.1 Nougat, and it'll eventually be available for even less money as part of Amazon's ad-subsidized Prime Exclusive phone line.

If you can swing an extra $50/£30, though, the $180/£159 Moto E4 Plus is almost certainly the way to go. Lenovo opted to use a larger, 5.5-inch full HD screen and the more powerful Snapdragon 427 chipset, not to mention an improved 13-megapixel main camera and a fully metal body. Normally, a bigger screen and faster processor would make battery life more of a concern, but you don't need to worry too much. Just as all those leaks suggested, the E4 Plus comes with a 5,000mAh battery tucked away inside. That's more juice than we got from last year's Moto E Power, not to mention just about every modern flagship smartphone put there. (Seriously, OEMs: maybe worry a little less about extreme thinness and give us some incredible batteries.) And even better, the phone plays nice with MotoLenovo's 10W rapid charging.

Motorola has a long record of delivering excellent cheap phones, and that thankfully hasn't changed now that the company has been ingested by Lenovo. With these super-affordable boxes ticked, we can now turn our attention to the really interesting stuff coming soon: we're still expecting official news on the new Moto Z Force and Moto X to hit in the coming months.

In this article: android, applenews, gear, lenovo, mobile, moto, motoe, motoe4, motoe4plus, motorola, phone, smartphone
All products recommended by Engadget are selected by our editorial team, independent of our parent company. Some of our stories include affiliate links. If you buy something through one of these links, we may earn an affiliate commission.