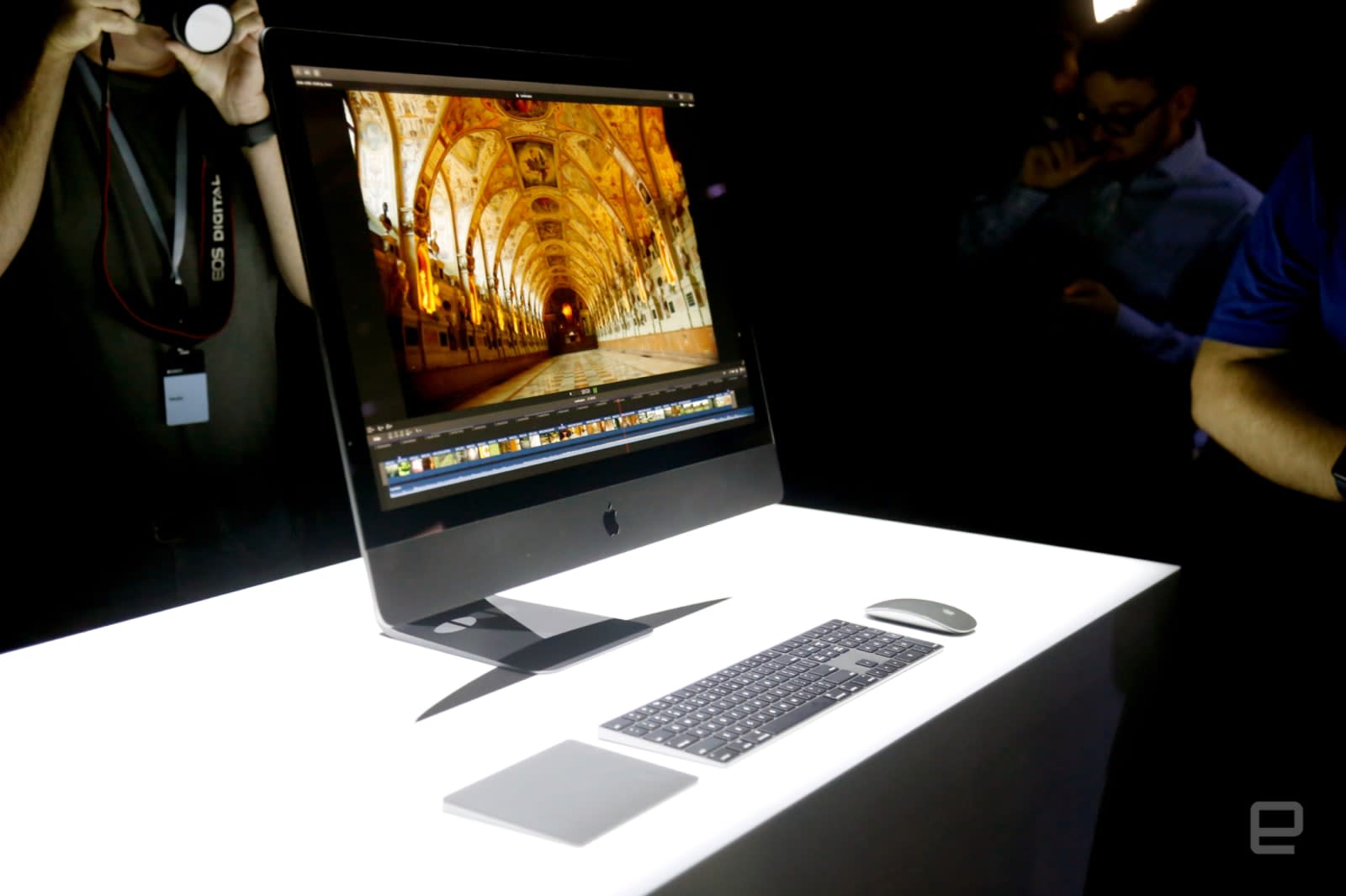 Those rumors of Apple using custom ARM chips for more features inside Macs? They're true... and you might not have to wait long to witness it in action. Jonathan Levin has combed through BridgeOS code that should accompany the iMac Pro, and it looks as if Apple will be using a cut-down version of the iPhone 7's A10 Fusion chip as a co-processor. While its full functionality isn't clear yet, developer Steve Troughton-Smith notes that the A10 appears to handle macOS' boot and security processes, such as passing firmware to the main Xeon processor and managing media copy protection. More importantly, Guilherme Rambo has found references to "hey Siri" support -- as with Cortana on Windows 10, you might not have to click an icon or invoke a keyboard shortcut just to ask about the weather.

It's possible that the A10 chip is always running, which would represent a break from the custom T1 chip driving the Touch Bar in some recent MacBook Pro models. That would line up with leaks which had custom ARM chips handling macOS' Power Nap feature, which fetches data while the system is sleeping. The iMac Pro wouldn't have to spool up its power-hungry Xeon processor just to grab your email. And of course, that could be very important for "hey Siri" commands, which could theoretically run even if the Mac is dormant.

The findings don't necessarily mean that the iMac or macOS will be more restrictive than before. You may not know exactly what the A10 does until the iMac Pro ships, which is expected before the end of 2017. However, this does show that Apple is putting its mobile experience to use in the computer realm, even if it's just to save power and processing overhead. And the iMac Pro may be a good testbed for this functionality. As Troughton-Smith points out, Apple could gauge how the companion A10 works without the bulk of users "freaking out." You could get a more refined experience if and when the A10 finds its way to mainstream Macs -- particularly MacBooks, where the chip could let Siri and Power Nap run without significantly affecting your battery life.

Confirmed: "Hey, Siri" is coming to the Mac pic.twitter.com/Dw9bRAzbxD

In this article: a10fusion, apple, arm, bridgeos, computer, desktop, gear, imac, imacpro, pc, personal computing, personalcomputing, powernap, processor, video
All products recommended by Engadget are selected by our editorial team, independent of our parent company. Some of our stories include affiliate links. If you buy something through one of these links, we may earn an affiliate commission.