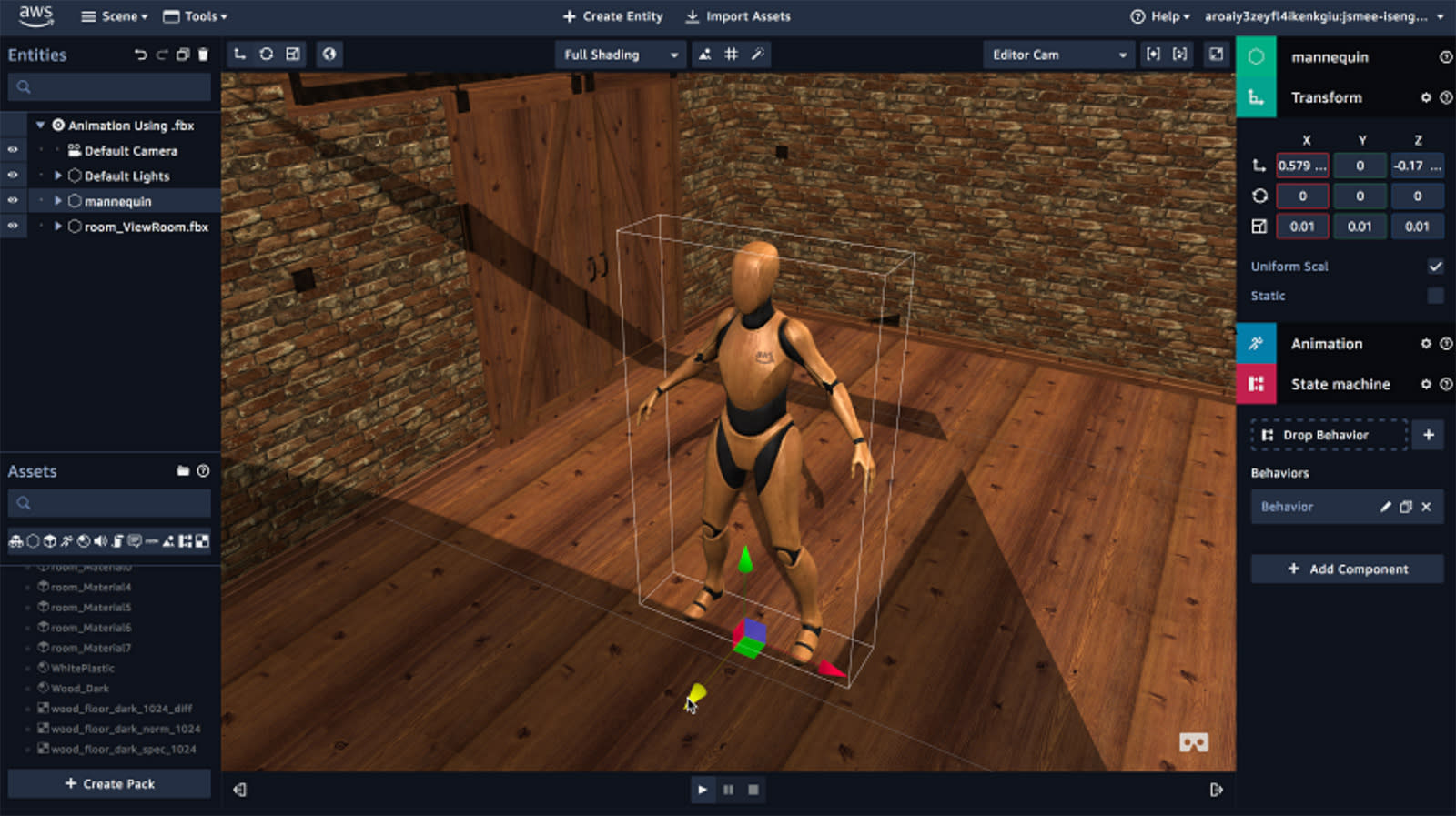 Amazon probably isn't the first company you think of when it comes to augmented or virtual reality (with a few exceptions), but it's determined to change your mind. The internet giant has unveiled a developer service, Sumerian, that promises to simplify creating AR and VR apps -- and general 3D apps, for that matter. You can drag-and-drop objects to quickly create 3D scenes, produce animated AI-driven characters (powered by AWS cloud services, naturally) and script interactions between the user and other objects.

When you're done, you can package your apps for multiple big platforms. Sumerian-made code will run on any web browser that can handle WebGL or WebVR, but it'll also play nicely with Google Daydream, HTC Vive, Oculus Rift and iOS devices. Support for Android's ARCore is coming soon, too.

This probably isn't going to satisfy developers who have exacting needs (particularly game studios), but that's not really the point. This is more about making AR and VR app creation easier for companies that don't necessarily have the expertise and resources of a dedicated software developer. They can whip up a training space or a VR shopping helper without having to worry about code. It helps Amazon's bottom line by driving people to AWS, of course, but it could also lead to seeing AR and VR in more places.

In this article: amazon, AmazonWebServices, ar, augmentedreality, aws, developer, gaming, gear, internet, sumerian, virtualreality, vr, wearables
All products recommended by Engadget are selected by our editorial team, independent of our parent company. Some of our stories include affiliate links. If you buy something through one of these links, we may earn an affiliate commission.