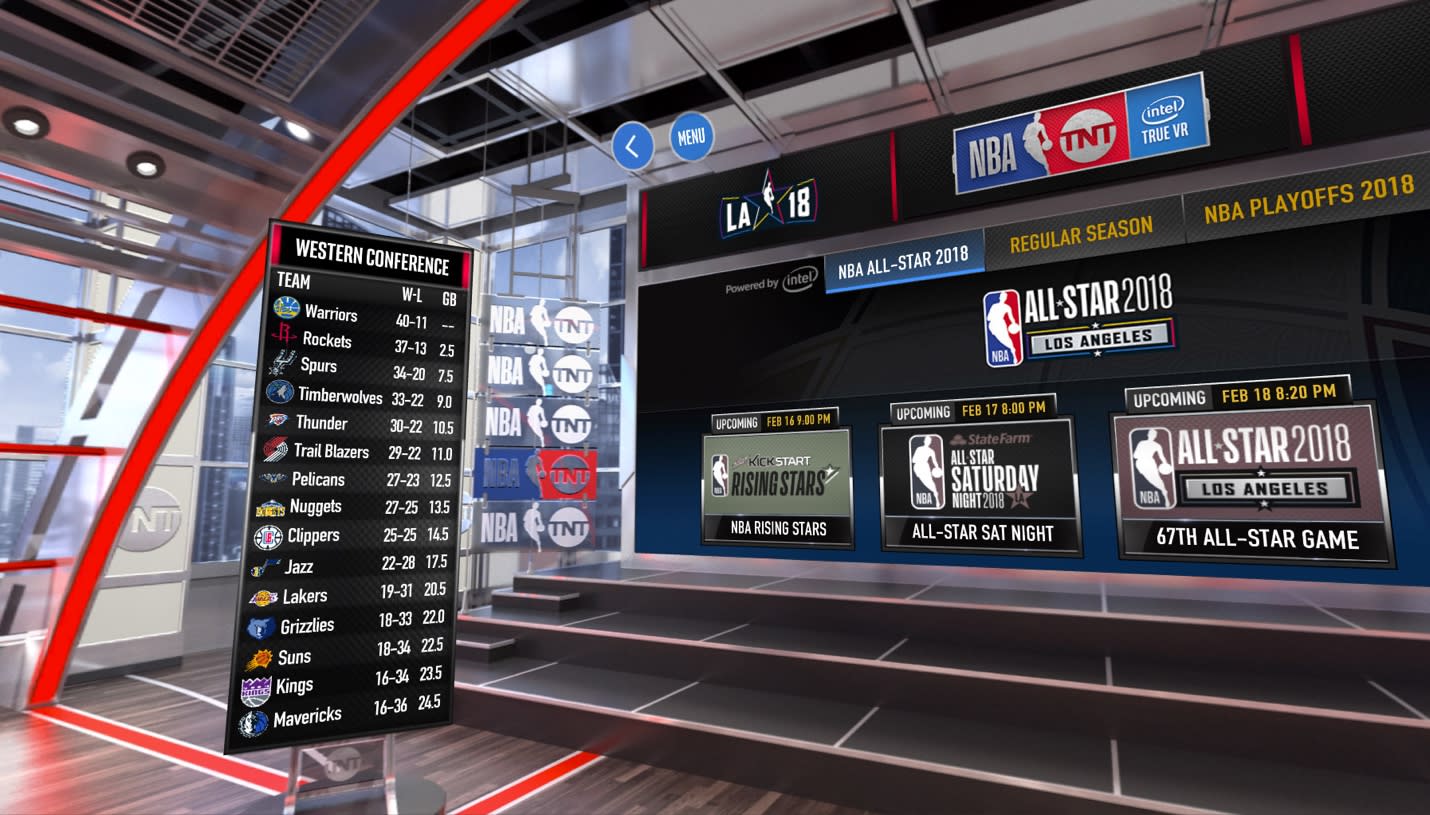 Last November, Intel and TNT announced a partnership to bring 360-degree, 3D broadcasts of NBA games to GearVR and Daydream VR headsets. Now Turner Sports and Intel have officially launched the app that brings an immersive basketball experience via TNT's VR app and powered by Intel's True VR technology. While the current VR app is mainly a Turner Broadcasting initiative, it can only help the NBA expand its audience via the technology.

The app puts inside TNT's Studio J, recreated for VR, which will serve as your portal to the NBA programming. You can watch game highlights and recaps along with live NBA games on TNT, provided you've logged in with your cable subscription. You'll get at least four camera angles to explore, as well, letting you choose a court side or bird's eye view of all the action. The NBA All-Star 2018 festivities start on February 16th in Los Angeles, with the actual game streaming live to the NBA on TNT VR app on the 18th. One NBA game per week will be available live in the app after that, beginning with the LA Clippers at Golden State on February 22nd and finishing up April 10th with Boston at Washington. The VR app will also have select NBA on TNT playoff games through the 2018 Western Conference Finals.

In this article: av, basketball, daydream, gear, gearvr, intel, nba, tnt, vr
All products recommended by Engadget are selected by our editorial team, independent of our parent company. Some of our stories include affiliate links. If you buy something through one of these links, we may earn an affiliate commission.