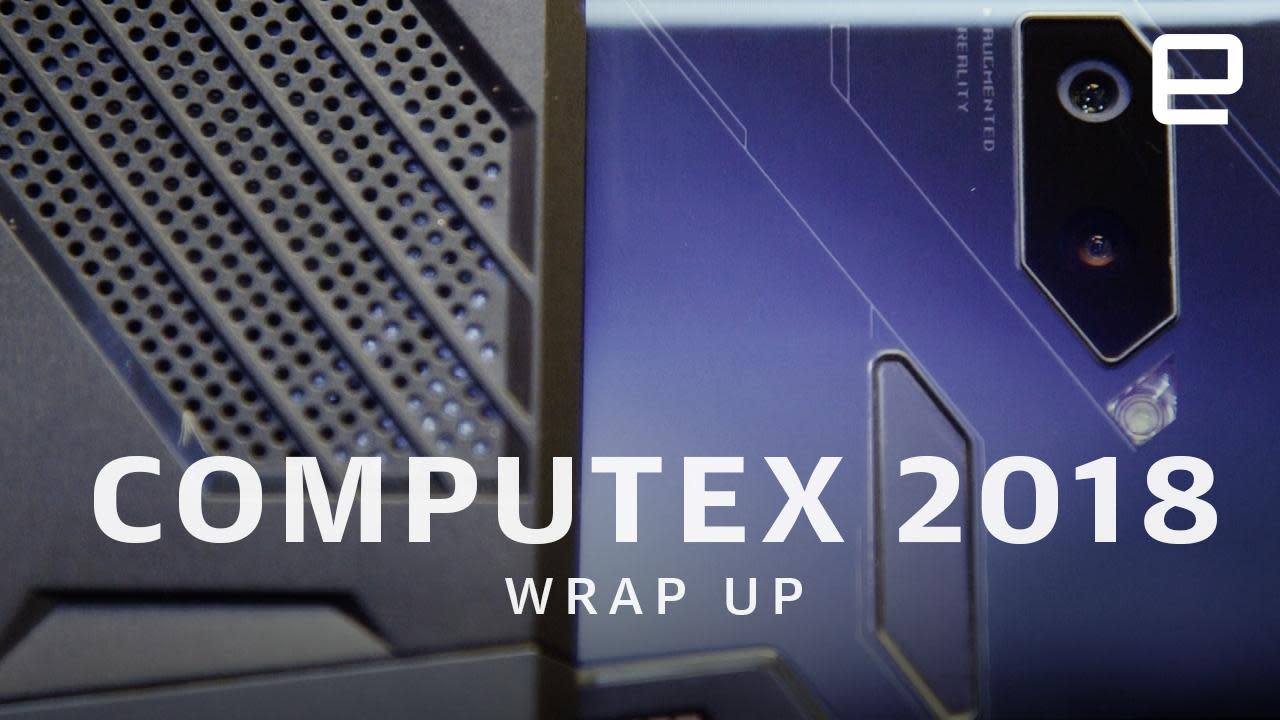 It's been a wild week at the world's largest PC show. From an extremely high-spec gaming phone to a touchscreen trackpad and a gorgeous dual-screen AI-powered laptop, ASUS pulled out all the stops to impress the world from its turf here in Taiwan. But ASUS wasn't alone in showing off some impressive new products at Computex 2018. Qualcomm unveiled the Snapdragon 850, its first built-for-Windows processor, while Intel and AMD launched chips with more cores and at higher clock speeds than before. Meanwhile, NVIDIA announced a new platform specifically for smarter robots and Microsoft introduced a new category of displays that are basically DIY Surface Hubs.

As if that's not enough, we also caught a glimpse of the next generation of Lenovo's Yoga Book and a cute little dual-screen concept from Intel that uses E Ink on one of its displays. Then there's also quirky stuff from the showfloor, like an airport scanner-like machine that tells you what size clothes you should buy at specific stores, and a mesh WiFi router that can detect when someone's fallen over. And it wouldn't be Computex without a slew of eye-popping PC case mods, including our favorite: a World Cup-themed foosball table built into an MSI-powered gaming rig.

All the news we saw this week not only gives us renewed excitement for the PC industry, but also stole plenty of focus away from Apple's developer conference on Monday. It's sure to make Tim Cook and friends sit up and pay attention to what companies are doing on the other side of the divide, which should hopefully spur serious improvement in the industry.

In this article: amd, asus, computex2018, gadgetry, gadgets, gear, intel, lenovo, nvidia, personal computing, personalcomputing
All products recommended by Engadget are selected by our editorial team, independent of our parent company. Some of our stories include affiliate links. If you buy something through one of these links, we may earn an affiliate commission.