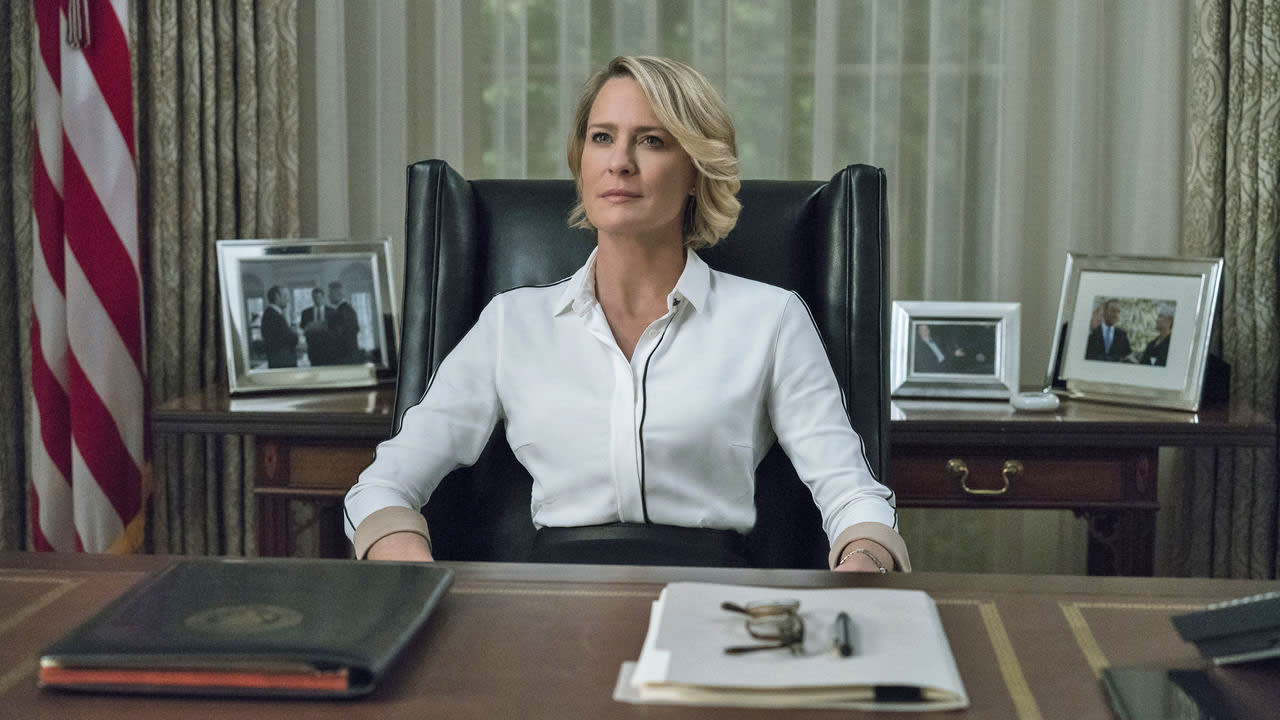 House of Cards is returning November 2nd for its sixth and final season, which will center on Claire Underwood and her presidency. Netflix shared the premiere date -- which is just ahead of midterm elections in the US -- today. Last year, a number of individuals, both on the House of Cards set and off, accused Kevin Spacey of sexual assault, which initially led Netflix to halt production of the show and later remove the actor from it entirely.

While we'll have to wait and see how Spacey's Frank Underwood will be written out of the series, the fifth season had already set the focus to shift to his wife Claire (Robin Wright). After taking over the presidency from Frank, following a lot of shady endeavors, Claire suddenly didn't appear too keen to issue the presidential pardon her husband was expecting to clear him. The final scene features Claire breaking the fourth wall and declaring, "My turn."

The streaming giant released a teaser for the new season earlier this year.

In this article: av, entertainment, HouseOfCards, KevinSpacey, netflix
All products recommended by Engadget are selected by our editorial team, independent of our parent company. Some of our stories include affiliate links. If you buy something through one of these links, we may earn an affiliate commission.