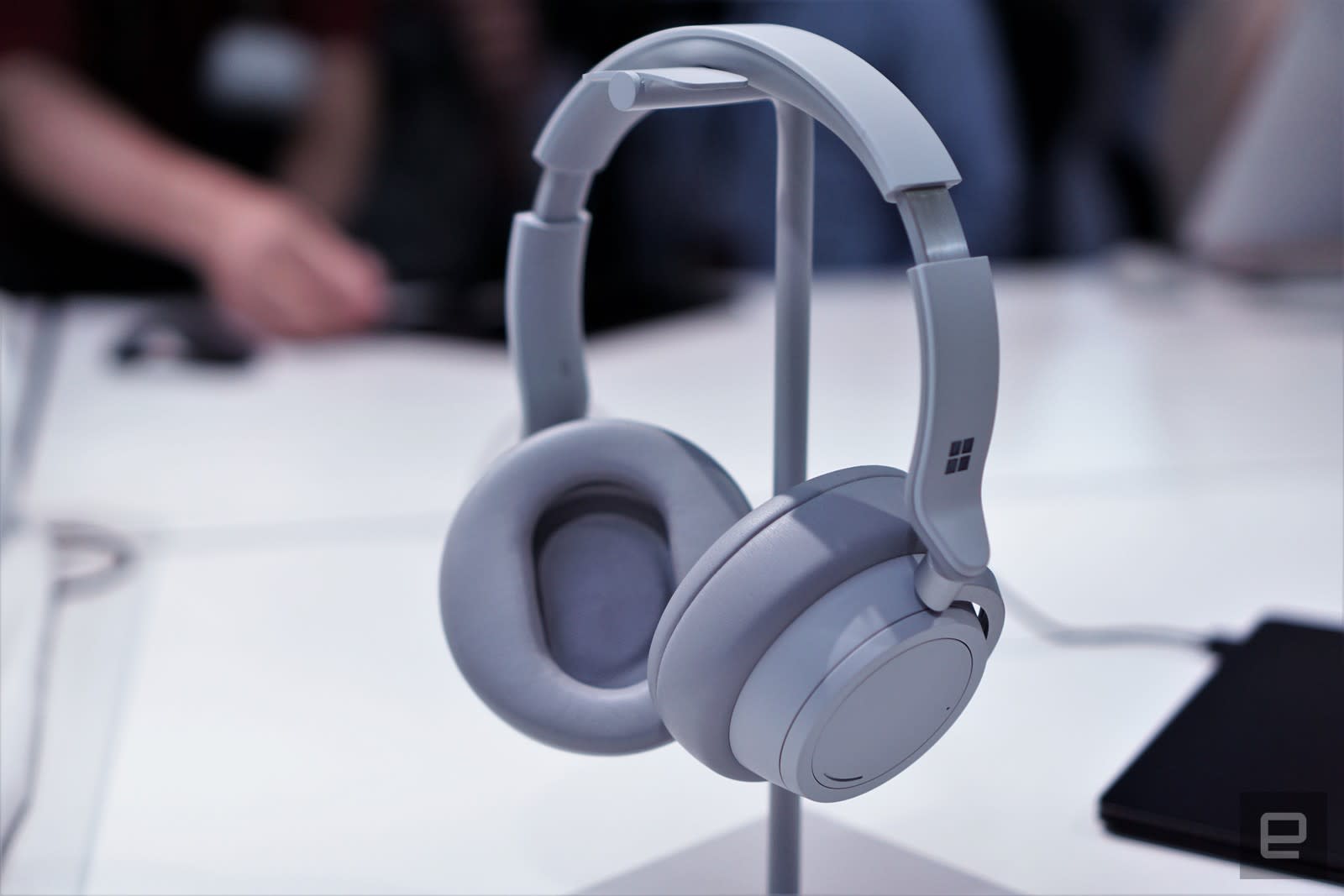 Microsoft caught just about everyone by surprise when it announced new noise-canceling Bluetooth headphones earlier this month at its Surface launch event. The subdued white cans, priced at $350, are set to compete with the excellent Sony 1000XM3 and Bose Quiet Comfort II headphones. Microsoft has now revealed that pre-orders for the Surface Headphones will start on November 15th and ship on November 19th.

Microsoft's surprisingly light Surface Headphones feature Cortana integration, 13 levels of noise cancellation operated by a physical dial and intuitive touch controls. It will also have a USB-C connection, which is a nice addition by Microsoft. It's something that the company has included on the smaller and more affordable Surface Go, but has neglected to do so on the new high-end Surface Pro 6.

">
In this article: BluetoothHeadset, gadgetry, gadgets, gear, headphones, microsoft, NoiseCancelling, preorder, surface
All products recommended by Engadget are selected by our editorial team, independent of our parent company. Some of our stories include affiliate links. If you buy something through one of these links, we may earn an affiliate commission.